The Mexican Version of a Neckbeard? 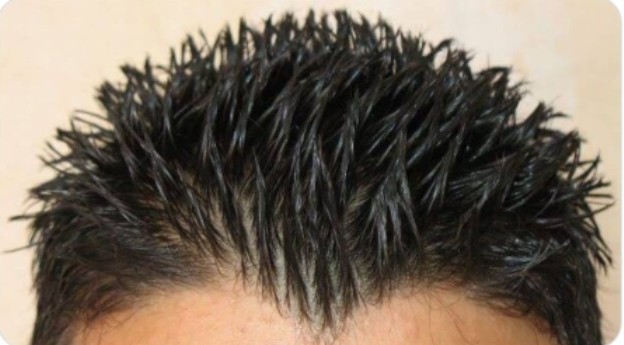 In the US, we have a stereotypical type of man that we all laugh at.

Some fat neckbeard type that says cringe shit, never gets laid and so forth.

In Mexico, does that exist also?

Well, to be fair, I think neckbeards exist in most countries.

But, over my time here, I have noticed another particular type of look that seems to get made fun of also.

I hesitate to call it the “Mexican neckbeard” but I’m not sure what else to call it.

Either way, it’s a look that you see more commonly in Mexico than most other countries around the world.

In fact, I can’t remember seeing this type of look in other Latin American countries but I wouldn’t be surprised if it does exist somewhere else like Guatemala or something.

The look in question?

It’s a look I have seen especially in the metro stations more often.

And, truth be told, I am a foreigner to Mexico obviously with limited insight into the social clues here.

Yes, I have 5 years in Mexico but I am still a foreigner and don’t understand every little social clue in the country.

Which is why that, when I speak about this type of man with the haircut above, I am only reiterating what I have HEARD from other Mexicans.

I’ve never had much of a bad experience with the type of man with a haircut above outside of one odd example.

But it was only one example in my 5 years here.

We will get to it in a second.

Either way, in my time here, I remember once in a blue moon hearing people reference this type of haircut or make fun of those with it.

The stereotype I – as a foreigner with non-native Spanish – have heard more frequently is that these types are more “incel ish.”

The type to say something like “a mi no me gustan las mujeres que dicen groserias, no se ven femininas” or “el mejor invento que existe es la mujer.”

At any rate, i got to say that it’s only been my outsider impression that this look is somehow similar to maybe a neckbeard look.

Again, I’m not Mexican and, despite my time here, there are obviously things I can misunderstand.

But, among the comments I have heard over the years, it seems like there is some fire behind the smoke here.

And, outside of personal jokes I have heard from other Mexicans like chicks I have dated before or other folks I met, I have had one experience here that was from years ago.

Just one experience anyway so take it with a grain of salt.

A Time in Roma Norte

In my first year in Mexico City, I was staying at some apartment in Roma Norte.

And, to be fair, I didn’t really interact with any of my neighbors for the first half of my time there.

I was kinda just running around the city meeting other folks but never took the time to hang with those in my building.

That changed though at some point where I got invited to a birthday party as you can read here.

And, during the birthday party, I remember sitting down at a pizza rock bar place called Perro Negro that you can see here.

In our group, there were other folks that I recognized and didn’t recognize.

Some cute lawyer chick who was from the building.

And there was one dude who I recognized from the building but never said much to.

Ultimately, he made some small talk with me at this place.

But he started asking me questions casually (as he sat next to me) about “what do I think about Mexican women?”

And, as a foreigner, I’m not going to say something offensive like “they’re fat as fuck.”

Got to keep it respectful.

So I said something like “they’re cool” or whatever.

And the dude felt like chiming in while we were waiting for our beer.

To my surprise, I ended up getting A LOT more beer than I thought because, as an American, I didn’t know very well how much a “liter” was.

So I got several liters of beer or something from what I remember (it’s been almost 4 to 5 years since then).

But, while we were waiting for our beer, the dude chimed in like I said about how “Mexican women aren’t like women from other countries, are they?”

But he said it in a more negative way about Mexican women.

They are fatter in Mexico but their personalities aren’t worse or better.

But also I don’t really give a fuck. There are plenty of cute gals here too.

Anyway, the conversation wasn’t much of anything and it’s not a very exciting story.

Was simply getting some of those “autistic PUA” vibes you get from American PUAs about how “our women suck, other women are better.”

Wasn’t debating the dude anyway about “how good or bad Mexican women are.”

He’s Mexican and I’m not.

And, truth be told, I didn’t have many complaints myself outside of how fat the typical chick is.

But I didn’t really feel like going down “red pill talk” with a Mexican that night.

And, as you can guess, the dude did have “that hairstyle” you see in the photos above.

Though nothing much else to add here.

I have SEEN PLENTY of other Mexican men with that look but honestly can’t remember the last time I talked to one with it where the conversation was odd like the one above.

So are all Mexican dudes with that haircut odd?

I honestly don’t know and would just be talking shit if I said yes.

I just don’t have enough experience with the topic.

Which is why I’m repeating it here – seems like a funny little detail to bring up but not one most expats would care about.

Let’s wrap this up anyway and why I'm bringing it up.

To be fair, I was only just reminded of this topic not too long ago while on social media.

I saw this post here and it reminded me of the topic.

So, in short, is this the Mexican version of a neckbeard?

Well, plenty of people like it so shit maybe.

And, to be honest, I’m really not sure if “neckbeard” is the right term.

But you get the idea.

Some dude anyhow who doesn’t get pussy, says cringe shit and has a particular weird look on his head.

So I’m not going to say it’s a “Mexican neckbeard” but, as an outsider to Mexico, I guess it seems similar kinda.

Honestly, I’m sure there are folks who can throw in their 2 cents better than me on this topic.

Maybe clear some things up.

I asked two random chicks I've hooked up with before if they think the image is accurate and this is what they had to say.

Quick side point: Pretty sure I should've used the word "cabello" instead of "pelo" now that I edit this article. Oh well.

And, perhaps for my own entertainment, if you know of any certain “look” of an incel or neckbeard type in other countries (Latin American or not), let me know in the comments.

Would be interesting to read about any “odd” looks elsewhere.

But that’s all I got to say.

Leave your comments below and thanks for reading.

Previous post: “Can You Spot the Mexican Woman?” Next post: The Gringo Political Cheerleader of Latin America