The Agua Man of Mexico 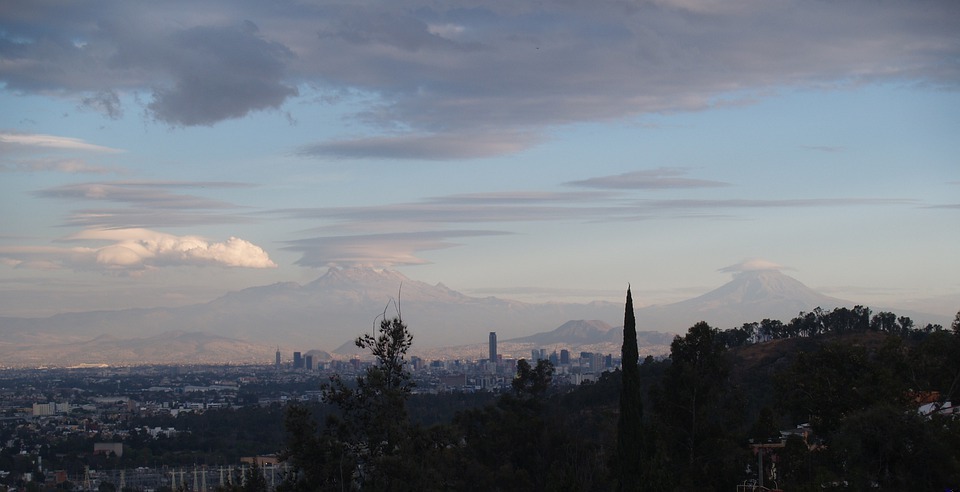 So about 10 minutes ago, I was sitting in my bed writing a few articles out of boredom.

As I’m writing while listening to some music, I hear someone yelling out the word “AGUA!!!!”

At first, the yelling sounded a little bit distant and I wasn’t sure if the person was actually too close to my apartment building.

But, figuring I might catch the guy, I run outside in my socks with an empty container of 20 liters of water.

Once outside, I look both directions.

I don’t see anyone.

But I hear him.

Right away, some skinny middle aged man is walking towards my direction.

He sees the water container in my hand and, without even asking for his help, he turns his head around to yell at the Agua Man.

And an enthusiastic “AGUA?!?!” is yelled back more as a question.

“AGUA SI!” is yelled back at the invisible Agua Man.

“Gracias” I say to the skinny middle aged guy.

He smiles and says “de nada” while walking past me.

In the distance, I can see someone doing a mini jog headed towards my direction.

I begin walking towards his direction.

Without my glasses on, it’s a tiny bit hard to make out what the guy looks like in the distance.

I can normally see well except for long distances.

Anyway, the guy finishes his mini jog towards me after 5 minutes or less from all the way near the end of the street.

And I hand him the water container.

Right away, someone calls him.

He then goes into a little van that is right in front of us and takes out a notebook to fill something out.

Then the phone call is over in a minute.

He gets out of the van and goes to the back to open a door.

Inside it was a bunch of water containers.

Some random fat dude passes us and says with a smile “buen dia.”

Which is less than half of what any store will sell 20 liters of water for.

They normally charge around 43 to 47 pesos for this as they likely buy from these guys or someone else and have to make a profit themselves.

After hearing the low price though, I ask the guy if he “has e-pura?”

“Sure. You want to trade one brand for another?” as he looks at the container I gave him which isn’t e-pura.

So I head back.

About a minute or two later, I got the second container.

He gives me back 60 pesos in change.

Asks me “where you from?” as he could tell I’m a foreigner.

Then helps me even to carry the water to inside my apartment.

As we carried the water inside, he makes some observation about the paint job near the front door.

While I’m a month new to this apartment and didn’t have it painted myself, it did look like it could use some work.

The guy then says “I offer other services also. Paint stuff, water, etc.”

At that point, what is assumingly his colleague is standing outside the front gate.

He gives me his card as you can see here in case I need any services like more water or whatever.

We parted ways at that point.

It’s a simple story, isn’t it?

Here’s the water I bought today.

Considering how much tea I drink each day, it should last me about 10 days roughly.

Still, there’s a few lessons in this story that might be interesting to someone out there thinking about a life in Mexico.

Not sure how much is relatable to the rest of Latin America but maybe!

At any rate, what are the lessons?

First, as you can tell already, it’s possible to cut your drinkable water expenses in half by just buying directly from the guy who delivers the water.

In the grand scheme of things, it’s not that much of a savings difference but I guess it counts over time or something.

In my years living in Mexico City, I’ve lived in areas where I never heard “AGUA!!!!” being yelled out.

After all, given how big the city is, I imagine it’s harder for them to cover every street.

I’m just lucky to live on a street where they go directly to my street yelling “AGUA!!”

Still, if that happens, I can only recommend that you get the number of someone who can deliver it to you.

When I lived by Copilco area north of where I’m at, I never heard Agua Man on my street but this business located beneath my apartment had the number of some business that delivered to them.

So, if there’s no Agua Man to call, then there might be some company that you can try to get hold of to deliver it instead.

Third, it’s so nice having a Agua Man visiting my area.

It was actually one minor motivation – among bigger ones – to move back to Pedregal de Santo Domingo where this all happened.

For those who don’t know, that’s the name of an area in the south of Mexico City.

It’ really is nice though having an Agua Man in the area.

The most annoying thing about not having one is having to carry the container of 20 liters over to my apartment.

Before going to the gym in the first time in years, said container was a bit heavier and annoying to carry.

Good for my health I suppose to carry it. Mini workout or some shit.

Still, if there’s no place nearby that sells these containers, then you might have to do some walking if you don’t have an Agua Man in your area.

A tiny bit annoying to be honest.

Even more annoying if you do all the walking to find a spot that sells water and they don’t have the specific container that you are looking for.

At least if you have Agua Man in your neighborhood, there’s no guessing. Agua Man has it all. Whatever brand that is popular.

No inconveniences when he’s in the barrio.

Fourth, another point to make is how Agua Man is actually a good example of all of the noise you’ll hear in Latin America.

Not just Mexico City but I think Mexico City is a place to hear more noise in general given how chaotic the city is.

The noise being anything though.

As I wrote here, you got trucks in Mexico City that ride around yelling “COLCHONES!!!”

In which they are offering to buy random junk from you.

Could also be a cleaning truck company making noise to notify the residents of the area that they are picking up trash and you better bring it to them before they leave.

Or perhaps someone who is trying to make side money where they have a old vehicle parked somewhere that has a speaker yelling “AGUA FRESCA!!!” or whatever the hell they are selling.

It could be instead a homeless person with a trombone playing in the neighborhood hoping you’ll give them money as I wrote here.

Hell, maybe it’s a homeless person like this one here having a schizophrenic episode laughing crazily “JAJAJAJAJA!!!!!”

At the end of the day, you simply have so many people making noise outside that’s part of life down here.

Generally the noise seems to be more common in certain neighborhoods over others but they all have noise!

Unless you are in a gated community or something.

Fifth, one other point to make is how this is an example of a community in a sense.

There are some neighborhoods in Mexico City where the people don’t feel as close to each other.

And you got others where the people feel more friendly.

For example, when I lived in a touristy area like Roma Note, you got normal people there like anywhere else.

But the people don’t seem as warm nor trying to help others as much.

I generally find, at least in my experience, that areas with less tourism sometimes have warmer people.

Like the guy who helped me reach out to Agua Man by getting his attention.

Or how you see so many more people in Pedregal de Santo Domingo just saying “buenos dias” with a smile to complete strangers like that one guy mentioned above.

Drop a comment below if you have anything to say.