Do Latinos of Latin America Really Love the Hawkeyes? 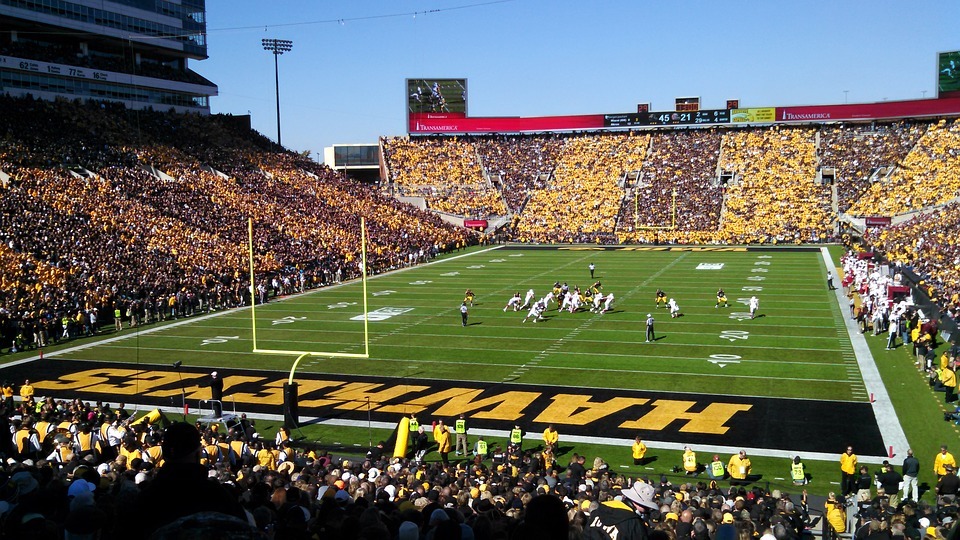 Yesterday, I had to buy groceries.

It’s been a month since I bought any since I had been busy with shit like moving to a new apartment and all else.

Still, after having settled into my new apartment and taken the time to celebrate my birthday as you can read here…

I took the time to better evaluate the neighborhood I am in to see where everything is at.

Normally, whenever I move into a new neighborhood, I like to take a good look at Google Maps.

Just to see what areas are near me and to help me plan out how to get around to usual points of interest.

For example, try to google where is the nearest laundromat near me or the nearest chain restaurant I like such as Casa de Toño.

Which, for those who don’t know, is one of my favorite restaurants in Mexico City.

Anyway, I usually do my little investigation afterwards just to help the transition to a new neighborhood and also because I’m terrible with directions.

Believe it or not, I am.

I remember an old friend of mine from Ohio named Jim told me once how “you know, you’ve travelled all around the world and yet you are terrible with directions.”

I’m absolutely terrible with them.

I remember shit so much more easily by actually walking down different streets and memorizing where to turn here or there.

For example, the nearby grocery store near me is where you have to walk down this long ass avenue right outside my apartment and you’ll find it at a metro bus station called Politecino or some shit like that.

I only remember directions well if I actually experienced them.

So, whenever I move to a new place, I do my work on Google Maps and then begin walking around the neighborhood casually to get a feel for where everything is.

In doing so, as you can guess, I found the nearest grocery store.

Some place called Superama or some shit like that.

I’m used to going to Walmart, Chedrui or Soriana down here so this new place isn’t a typical brand I’ve gone to often.

But it does sound familiar.

Still, despite it being about a 15 minute walk away, I’ve decided to just take the metro bus to it because it’s less effort and the bus drops me off in front of the store.

So I did that yesterday late at night at around 9 PM.

Along the way there, I saw an older man sitting in a seat across from me who was wearing a Dallas Cowboys hat.

Which, for non-Americans reading this, is a football team in the US.

And, being honest, I didn’t think much of it.

But it did cross my mind for a second how it was slightly interesting to see a local in Latin America wearing such a hat.

It’d be like if I wanted to wear my shirt supporting some Colombian soccer team as you can see here.

It was a shirt that I bought when I was in Barranquilla, Colombia some odd years ago because there was some soccer game going to happen.

I forgot which teams were involved but I’m sure the average Colombian would find it funny or at least interesting as to why a seemingly non-Colombian is wearing such a shirt.

And, in this case, it’s a similar question – why was this guy wearing a Dallas Cowboys hat?

Was he truly a fan?

Could be but let’s go into another example or two of this type of behavior happening!

The Biggest Nicaraguan Fan of the Hawkeyes!

During one of my first trips ever to Latin America, I visited Nicaragua because I was invited to do “missionary work” even though I’m an atheist but happen to speak Spanish.

So they brought me along because of my usefulness in Spanish and recent experience before Nicaragua in Latin America.

You can read about the experience here.

In short, we were set to do some minor work in helping build a house.

During the trip, everyone on the group except one chick got food poisoning.

To this day, it was by far the worst food poisoning I ever had in my life.

Though I did have a more recent example only some odd months ago as you can read here.

At any rate, while I was recovering from the food poisoning, I remember sitting in a van in Nicaragua and seeing some homeless person doing a song and dance in the street for money.

He happened to be wearing a “University of Iowa” sweatshirt.

Which, in the moment, was double confusing for me!

For one, it was HOT AS FUCK outside.

Why you wearing a sweatshirt, dude?

Which is a side point – sometimes Latinos have a weird sense of what is appropriate to wear down here.

Most often that means wearing literal coats despite it not being cold outside.

Well, to be fair, an Iowan like myself might have more tolerance for cold down here than most folks.

Still, this homeless dude was wearing a “University of Iowa” sweatshirt and I found it all a little bit humorous despite feeling like shit still.

After all, was he really a HAWKEYE fan?!?

I doubt it to a degree.

Though prove me wrong.

Not so difficult to do, huh?

After all, the Hawkeyes are the best of the nation.

At least in my opinion anyhow…

Still, it was funny seeing someone down here wear that.

And I did ask myself “why is he wearing that?”

Though I never got an answer on that day, I did remember getting some rationale before that trip to Nicaragua.

An Explanation in Guatemala?

Less than a year more or less before my trip to Nicaragua, I did spend a few months in Guatemala.

To keep it short, I was basically just doing some NGO work in a city called Xela that helped poor kids in a rougher neighborhood.

Anyway, I remember having the same observation there also as the one in Mexico or Nicaragua.

In which I simply saw some random person in public wearing some piece of clothing that had some English words on it.

Though, in this case, I don’t actually remember what the piece of clothing said.

It wasn’t like the last two examples where it was more clearly memorable based on some affiliation with a US sports team.

It was just some random ass phrase like “love is love” or whatever else.

And I asked the boss of the NGO, who was a Dutch woman that6 lived in Guatemala, about it.

She said, in her words, that it’s not uncommon for clothing to be donated to countries like Guatemala.

And that clothing often comes from countries like the US where there’d obviously be English words written on them or maybe some sports team on them.

Where, given it is donated, the folks wearing that type of clothing tend to also be from poorer backgrounds.

I genuinely have no idea.

Unfortunately, I’m not the recipient of any free clothing in English down here.

If I need clothing, I buy it when I need it.

But nobody has been generous enough to donate to me clothing and tell me where it’s from.

So, as a strong word of caution, I can’t confirm whatsoever from personal experience how true any of that is.

As to why the Nicaraguan was wearing a “University of Iowa” sweatshirt.

Of course, as it should be reminded, plenty of Latinos do have family in the US or have been to the US themselves.

Like the Mexican dude with the Dallas Cowboys hat?

Well, plenty of Mexicans do have family in the US or have been there themselves!

Not just rich folks who can afford a trip north.

It’s not unbelievable that the dude genuinely likes the Dallas Cowboys.

Though, given the lack of popularity regarding Iowa football domestically and internationally, I do have higher doubts about a homeless Nicaraguan liking the Hawkeyes.

But I can see it – we have the best team in the country, damn it!

Regardless, it should be kept in mind that maybe some of the folks you see wearing this type of clothing actually know the US or have family there.

But is there cheap clothing donated also?

Well, there are some sources that discuss the topic of donated clothing from the "first world" as you can see here, here, here and here.

So there might be some validity to the claim.

I just simply have no personal experience with that specifically so I’ll leave it at that.

Enjoy this video of the Hawkeyes in Iowa kicking ass.