“Give Us Money or Your Brother Dies!” 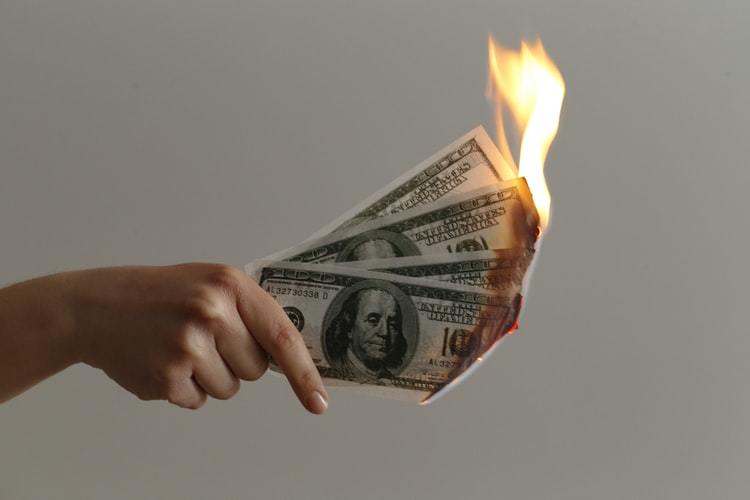 A few odd years ago living in Mexico City…

I was basically broke for the most part living in a shitty part of Mexico City called Cuatro Caminos.

As you can read here or here.

Anyway, right before moving to that area, I happened to have broken my phone somehow.

I forgot how but I probably dropped it or something.

Well, I had to replace my phone obviously but I really didn’t have any money to my name for the most part.

So I took a trip to El Centro of Mexico City where you can find some good deals for shit like phones and whatever.

It was the same area I went to some odd months ago when I broke my keyboard as you can see here below.

What happened with the keyboard?

So I smashed it.

Anyway, I did get a better keyboard....

Like I said, I was broke as fuck and really didn’t have much money living in Mexico.

So while in El Centro, I’m checking out the prices.

And they have the cheapest phone being for maybe like 390 pesos or some shit like that (around 20 bucks basically).

But it looked like some shit from the early 2000s where it really didn’t look like a real phone.

Some cheap thing that worked in some weird way where other people couldn’t call you except your parents?

I forgot what brand it was but it was some real outdated stuff.

Anyway, they had something as archaic as that laying around…

But they also had another cheap phone option that was like 500 pesos or 25 bucks basically more or less.

Though, to be fair, the 25 dollar investment into a new cheap ass phone was still something at the time that took a good bite out of the little savings I had left..

When I say I was broke during that time…

I was pretty fucking broke.

To which even a 25 dollar phone was something I had to give thought about if I want or not.

But I decide to “splurge” a bit and spend the extra 5 dollars for a slightly nicer phone than the first cheapest option I saw.

Ultimately, the phone was pretty shitty as it only lasted like maybe 6 months at most.

Where it would randomly shut off for no reason at times and was very slow all around.

So that’s all I needed for the time being was just something that worked.

Anyway, as I implied before, I had a nicer American phone prior to buying this cheap 25 dollar phone.

With an American phone number and all.

Now I had a Mexican phone number for the first time ever.

My first thought was “damn, this is one long ass number.”

I always knew Mexicans had longer looking numbers than American numbers but it didn’t really hit me until I had to memorize my own.

Well, to be fair, it’s not that much longer than an American one but still.

Either way, despite the longer number and the fact that this phone was cheap and fucked to hell…

The real eye opener was all the random calls I got.

For some odd reason…

Despite this number being new and just recently used by me…

I remember it wasn’t unusual and happened quite soon after I bought this phone that I would get these random calls by whoever the hell it would be.

I never knew was calling me.

But it would basically just be some random call where I pick up and the person on the other end isn’t saying shit.

Then the call would just end randomly after a minute or two.

Regardless, something funnier happened when maybe like a month or two later when I was already living by Cuatro Caminos…

Some random person was calling me again.

And I figured it would just be the same ol’ shit where I would pick it up, say what’s up then get hung up on.

But this time some little fucker was saying shit to me!

I don’t think though he was expecting a gringo on the other end with a strange ass accent.

But here we are!

So I picked up the phone and he right away said some sentence or whatever that I didn’t catch as the volume was too low.

Probably to which he realized he was talking to a foreigner by this point.

But he repeated himself but the volume was higher now and he said it not as quick.

Where he was claiming that he had “my brother” kidnapped.

Well, I don’t have a brother!

I have a sister who lives in Iowa…

Pretty sure he ain’t got her hostage but OK.

Anyway, I figured I might as well fuck with this dude and start saying some shit to get under shit skin.”

Well, to be honest, I didn’t actually have his mom and girlfriend sucking my dick.

Would definitely have been a memorable moment in my life if that was the case!

But I felt like saying shit just to say shit to get under his skin.

Say shit that would maybe get under a Mexican dude’s insecurities about foreigners “fucking our women” or some shit like that.

Anyway, it ended up spiraling into some weird shit you’d see on some comedy sketch or whatever.

The Gringo and the Mexican speaking shit to each other on the phone in Spanish.

Anyway, I honestly don’t remember how long we were going at it with saying shit to each other.

But the dude hung up and that was it.

Did he ever kill my family?

Ever assassinate my long lost brother?

Shit if I know.

I guess my family is good.

Not sure about my brother though…

But this funny little incident also happened to a friend of mine some few years ago.

A Mexican chick named Angie who was telling me how some dude claimed to have kidnapped her dad.

Which startled her in the moment.

Especially as her mom passed away a long time ago and her dad is the only parent she has left.

Anyway, the scam is similar to the one above.

Where it’s basically you send money now or the family member gets it!

Or something like that from what I have come to understand.

Maybe it’s more complicated but that’s basically how it goes it seems.

She didn’t send any money either and I didn’t have any money to send when I got my own call.

Literally chose the poorest gringo in Mexico when he called me.

What luck he had!

I’m not even sure how he got my number but whatever.

Anyway, it doesn’t happen to me anymore since I am now a fancy American with all sorts of riches!

So I don’t get any of these calls anymore – no threatening ones and no silent calls either.

But if you are curious to know more…

I included a video of this dude discovering that his daughter was kidnapped but he doesn't have a daughter!

If you have any similar experiences, comments or questions…