Fight near the Argentine-Chilean Border 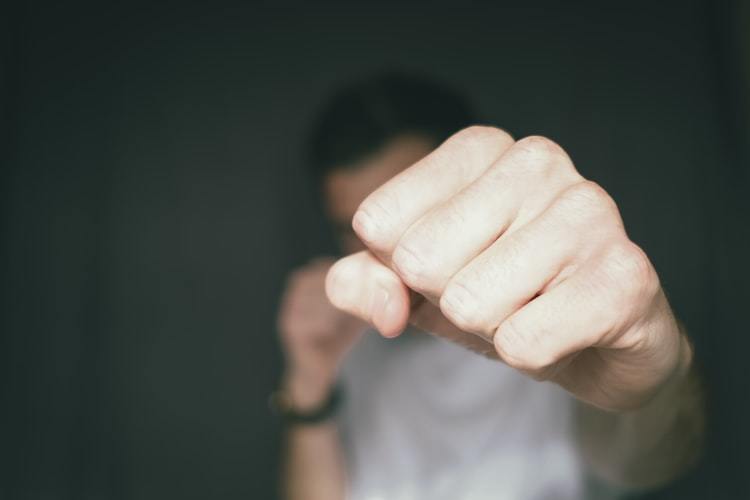 We were getting closer to some special week in Colombia and Latin America called Semana Santa.

Since I’m not at all religious, I’m not very familiar with the reasoning for why people celebrate this week.

If I remember right, it has something to do with Easter coming by, Jesus and whatever else.

I usually know it as a great week to get wasted and party if I happen to be in a part of Latin America if any similar or relevant celebrations are happening close to that date.

Such as Barranquilla, which has one of the biggest carnivals in the world.

Known as the Barranquilla Carnival. I wrote about my experiences with that carnival here that happened after Semana Santa happened if I remember right.

Anyway, before the Barranquilla Carnival happened, I took a trip outside of Colombia to go see the Patagonian region of South America from Chile to Argentina.

As I wrote in this article here covering my overall experiences in this region up to this writing with a ton of awesome photos for anyone curious.

Well, I took a flight anyway from Barranquilla, Colombia to Punta Arenas, Chile.

From there, I took a bus to a Chilean city known as Puerto Natales.

And after enjoying the scenery in both of those cities…

I ended up taking a bus to cross the border into Argentina along whatever route you take from Puerto Natales, Chile to El Calafate, Argentina.

You can see a photo here of the Argentine-Chilean border that I took her when our bus stopped.

And, from what I remember, we ended up stopping our bus at some small restaurant-bar place that was literally in the middle of nowhere.

I don’t remember if it was exactly next to the Argentine-Chilean border or maybe just some odd miles past it.

But it was fairly close to the border I’m sure as we stopped at this place for a quick bathroom break and to grab a snack since I guess it was one of the few places we could stop at for a snack along the way to El Calafate.

At any rate, a funny little incident happened while we stopped at this random small restaurant-bar area.

So I remember the bus stopped on what looked like some type of dirt road or whatever.

That’s how my memory serves it anyway – not sure if it was an actual dirt road but I think so.

To which there was a building to the side that had plenty of parking space and all.

So the bus parks in this area that is literally in the middle of nowhere with no other buildings nearby from what I can remember.

And everyone on the bus gets off to go inside.

Once inside, I go right away to take a piss since I had been drinking a shit ton of water.

When out of the bathroom, I remember the place looked very basic or maybe rustic is the word.

This place didn’t have much to offer in terms of food from what I remember.

It had some basic stuff on a very small menu but it was mostly sandwiches and some beer available also from what I remember.

Anyway, the place was mostly empty except there was a table with some people a bit by an exit across the room from where I was.

I order myself two sandwiches and wait for the guy to get them made.

While I’m waiting, I notice that the table mentioned was getting a bit loud.

There was one chick sitting down who was white with black hair and two guys sitting at the same table.

One of the guys from what I remember was light brown skin and the other dude was white also.

They had a few beers also from the looks of it so maybe that was why they were talking loudly?

But it was clear to me that they were having some argument also as one of the guys was starting to say shit to the other.

Amidst all of the “don’t fuck with me!” and occasional insults thrown around.

It seemed to me, from what I could understand, that one of the guys was implying that the other dude fucked his girl.

Well, as I implied, there was only one employee at this place from what I saw.

One of the guys ends up kicking the shit out of the other dude.

He simply reached over the table, grabbed the dude and started throwing punches to his face.

Which ended up knocking the dude getting punched to the ground.

The guy throwing the punches either fell over with him or just got on top of him to keep the fight going by punching him some more.

But I guess his punches weren’t good or something since he was able to get what seemed like quite a few in but didn’t knock the guy out.

Anyway, the fight basically ended there.

The dude getting punched from what I guess must have been able to get a few punches back at the other dude.

Because they both ended up looking a little bit bloody in the face.

That was when it ended anyway when the dude getting punched fought back a little.

I guess the dude who started it decided to back off.

He got his punches in and that was it.

At any rate, we had to wait a little longer for the bus to leave as the employee wasn’t able to make everyone’s food quick enough.

As he stopped the second the fight broke out.

There was still commotion afterwards though.

The chick at this point was panicking or some shit and started yelling whatever.

I didn’t catch everything she was saying but it was basically the equivalent of telling them to stop.

The employee anyway stopped making our food for a second as I said and threatened to call the police if they didn’t leave.

Which I’m not sure if that would do any good…

Since we were literally in the middle of nowhere.

How long would it have taken for the police to show up?

An hour or two?

If they wanted, they probably could’ve carried out the fight a little bit longer before ditching to leave before the police show up.

Some extra fight scenes like what you would see in Rocky here.

The white guy won the first round of the fight…

Anyway, that was my little introduction to Patagonia in Argentina as I revisited this area by stopping at this little restaurant-bar place in the middle of nowhere.

The cops never did show up I guess as the employee never called anyone.

And I’ve seen that multiple times in Latin America….

Dudes getting into fights without the police needing to be called.

Back in my hometown in the US, one of them for sure would’ve been put in jail for a night or two.

I remember a story I heard back home of some teacher who caught his girl cheating and he beat the shit out of the guy who was fucking her at a bar also.

Spent a night I guess in jail or whatever.

It’s not entirely true that they would be sent to jail for a night also.

As I have seen fights break in Barranquilla for example.

One time drinking with a Colombian friend named Andres when these two drunk dudes went at it.

Funny enough, a police vehicle happened to be strolling by and the officers got out to tell them to stop.

Despite the commotion, neither one put in jail.

I guess that’s one thing I like about Latin America…

Less likely to go to jail if you have a simple fight with someone and leave it at that afterwards.

At least from what I have seen.

Anyway, we ended up getting our food and off to El Calafate.

As I said, a nice reintroduction to this region before enjoying some of the awesome scenery that it offers also.

As you can see in the photos I took here.

Leave any comments, questions or relevant experiences below.

When a scrap goes down – the worst thing any woman can do is start screaming at them to stop because that will make things worse, the best thing a woman ought to do is tut, roll their eyes, call them a pair of jerks and walk away and DON’T look back – but of course, most women love drama and men fighting over them so option one is popular because it revs the male ego up. Sad but true!