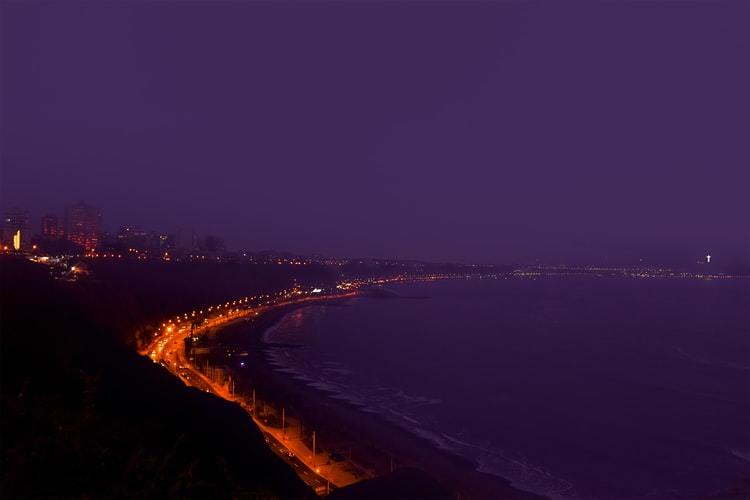 In my time living in Latin America, I have arguably done some dumb shit from time to time.

Like this one time here I stumbled into the Bolivian city of Potosi that was locked down by a massive protest and ended up pissing off one of the protesters when I left.

To this time here I got caught fucking a Dominican chick in a public bathroom.

Or like when I pissed off some pimp dude who wanted to stab  in the DR me like here.

Among other things here and there that seemed a bit careless in hindsight.

But, when we look at the examples out there, I suppose I really haven’t been that careless with my safety when compared to other gringos out there.

And, for our entertainment, we get to hear about it!

So what are some entertaining stories of other gringos doing funny, crazy, dangerous or dumb things down here in Latin America?

I tried to include an example of all of the above that I found interesting.

I did some research and brought together here some examples that I could find.

And if you have any examples yourself…

Throw them in the comment section below this article!

Would love to hear a good story.

Anyway, let’s get to it.

Making Friends in a Bolivian Village

Basically it is a Youtube channel of this British guy who runs around the world doing entertaining things in various countries.

Sometimes he hits up Latin America.

Some of my favorite content of his is when he goes to this Bolivian village to essentially make some friends.

But, as you can see in the first video, the locals are not very receptive to him as some guy in a motorcycle drives up to him and has him leave the area.

However, he ends up coming back to the village a bit more nicely dressed and with a suitcase that has some coca leaves as a gift.

As well as some money to bribe his way in.

Just makes it even more entertaining for me.

Along with the fact that these folks probably have never seen a gringo just stumble by in a suit and pay money to go “let me film your house!”

Here’s the videos below for you to enjoy.

Who basically walks into the neighborhood of Tepito in Mexico City.

Which is that type of neighborhood that has one of the worst reputations in the entire city for being dangerous and so on.

They’d learn about it quick enough.

At any rate, this guy manages to get a translator who speaks Spanish…

And they visit some sacred part of Tepito to the locals to protest the site.

In part because it doesn’t fit with his own religious beliefs, I suppose.

Nonetheless, these two guys end up pissing off the locals and they even form a little counter protest to him.

It’s funny to watch as the guy continues to protest while he pisses off out of the area.

But even more interesting that nobody decided to harm the guy.

Not that I wish him any harm but I remember thinking that surely someone was going to punch him for what he was doing at least.

Of course, they have cameras running and all but someone could have stolen that easy.

Still, these two seemingly leave the area in one piece and that is that.

Here’s the video below.

The Killing of a Spiritual Leader

Here is a story that you can read in much greater detail and analysis here about this Canadian guy named Sebastian who went to a Peruvian village to study ayahuasca.

While doing his time there, supposedly the son of an elderly woman owed the Canadian dude about 4,000 bucks.

Later on, the elderly woman (who is a spiritual leader of the village) ends up getting shot and killed.

From what I have read, supposedly there was sufficient evidence that the Canadian guy might have been behind the killing but there were also plenty of folks skeptical about that claim.

Nonetheless, the Canadian guy gets judged as guilty by the village and ends up getting killed by the locals.

There used to be a video of him getting killed from what I remember seeing online. I think it was on LiveLeak but I can’t find it.

Anyway, did he kill the elderly woman?

I can’t say for certain but it seems to be evidence that points to that.

And here’s a video on the subject for those curious.

With a second video after that showing authorities finding the body of Sebastian.

This is probably one of my favorite stories of gringos doing crazy stuff in Latin America.

For those who somehow don’t know, John McAfee was originally known for his company McAfee Associates and the antivirus software.

After his time in the company, he ended up buying some property in Belize.

And supposedly he took a lot of attention for his behavior and presence in the community he went to due to various reasons, including spending time with teenage girls and having armed security and aggressive dogs on his property.

At any rate, he had an issue with some neighbor who took issue with his dogs. Eventually, one of his dogs got poisoned from my understanding and then the neighbor was found dead later.

To which McAfee had to escape from Belize before authorities could properly question him.

He was later captured in Guatemala for illegally entering the country but was sent back to the US after claiming to have faked a heart attack.

Anyway, some interesting articles to read on the subject are here, here and here.

Well, here’s a video anyway that is a documentary on that life he had with more details than I have provided here.

And also here’s a video where apparently John McAfee believes that the government in Belize wants to assassinate him.

It’s an interesting story and I recommend you look into it obviously.

Robbing a Taxi in Quilla

Over a year ago or so, I remember a friend of mine from the Colombian city of Barranquilla (Quilla) sending me a news article about some crazy incident that happened in their city.

Basically, there is this gringo named John Josep Gianino who is 41 years old and from the US.

Basically, this dude tried stealing a taxi in the parking lot of the airport in Quilla.

Once he did, he left the area but other taxi drivers apparently chased after the guy.

During the chase, he ended up running people over, hitting other vehicles and even shot a gun a few times before he hit a ditch and the police took him in.

Anyway, you can read the original sources I found on this topic here and here by El Tiempo.

Though perhaps not the best journalism source out there, this one here in English by Daily Mail argues that the dude committed the crime he did because he wanted to get deported back to the US and didn’t have the money for a return ticket.

Well, I’m sure he’ll have a good story to tell his buddies in whatever local bar when he does eventually get deported.

Here’s a video below of the guy captured by the police.

To continue on with the theme of Colombia…

We can’t talk about this lovely country without bringing up cocaine, can we?

In this case though, we aren’t talking about a big bad criminal like Pablo Escobar.

Instead, here is a story in this article talking about how a 81 year old woman from Spain was arrested as she was trying to smuggle 17 kilos of cocaine in her wheelchair out of the Jose Maria Cordova international airport in Rionegro.

At any rate, the authorities were investigating her wheelchair when they basically noticed a few issues with it.

First, there were irregularities with the color and structure of the chair.

Second, they noticed a strong odor that was similar to what they usually find with drugs after noticing a white substance inside the wheelchair.

Apparently this isn’t the first time that they have noticed drug traffickers using people in wheelchairs to get drugs through.

Apparently it is a tactic by drug traffickers to now be using “narcoabuelitos” to traffic drugs into other countries around the world.

For example, according to this article, there were 11 people arrested for this, including a British and a Spanish dude.

But also because Colombia has a rule on the books that says that anyone over 65 can’t be sent to jail but has to carry out their terms where they live at.

And so it happens to be that some of them also are foreigners.

I imagine having an older foreigner do this is probably more valuable either way given there might be less suspicion on them and maybe better passports to get around.

Anyway, here’s a video of one of these narcoabuelitos getting arrested.

In writing this article, I thought about going for the more obvious and well-known examples of gringos fucking shit up down here or doing crazy things that might be seen as funny to some.

Some of those examples perhaps including those who have made more significant history like Eugene Hasenfus, who was the marine who got captured flying weapons to the Contras in Nicaragua.

But everyone already knows about that and it seems too high profile.

Though I guess you can argue John McAfee is a bit high profile also but I found his story to be more fascinating and granted it’s not as high profile as the Contras.

Anyway, if you happen to have any other examples that are not too high profile but have plenty of interesting material…

Mention it below in the comment section so I can include it here.

I’m sure it will be fun to read and I enjoy a good story also that I haven’t heard yet.