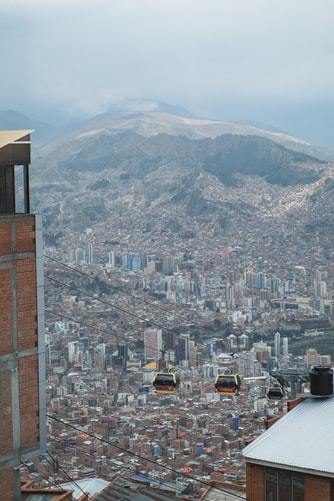 A few months ago more or less…

I was walking outside in Mexico City from where Bosque de Chapultepec is back to my place….

We cross by this area that had some street performance going on.

Basically, it was some local small band of people playing some type of local Latin music.

I can tell the difference between that and reggaeton though!

But I’m pretty bad otherwise at recognizing the difference between the other types of Latin music despite the years down here.

So anyway they were playing salsa let’s say…

And as we get closer, we see this huge crowd of people all around applauding them and watching.

With some older couples even dancing to the music as well.

Anyway, as we are about to pass by the local band playing…

I decide to take Alma by surprise, lift her hand up and try to imitate some of the dance moves by the other few couples dancing.

Of course, I wasn’t taking it too seriously as my dancing skills to Latin music are shit.

I used to be able to dance merengue years ago when an ex-girlfriend of mine from Colombia showed me.

Merengue is fairly easy to learn in my opinion.

But anyway I just wanted to have fun with it in the moment and have fun with Alma for a minute before continuing on the walk back to my place.

But then as we enjoyed our minute dancing for a minute or so….

We left and, to be honest, it’s moments like that which I enjoy a bit in Latin America.

When local performances are done – especially with music in the streets.

Adds a certain vibe to the air that makes life down here more enjoyable.

And is definitely different from life back home in my small town in Iowa as I don’t remember having street performances like this.

So I figured I might as well dedicate a quick article to this aspect of life down here in Latin America.

By bringing up the different street performances I have seen down here in a few different countries.

One of the most active places I have seen anywhere in Latin America when it comes to street performances is El Centro of Mexico City (CDMX).

I spent a few months living there and just saw a lot of performances daily.

Plenty of people outside.

Lots of activity all around.

For starters, if you go to Bellas Artes area, it’s not uncommon to see young guys doing rap battles against each other basically.

I saw the same thing in the center by this big clock tower in the Mexican city of Pachuca.

Here’s a video below of what I mean here.

Next, in that same area of Bellas Artes, I remember always seeing on most days of the week some local performance by some musicians playing whatever type of Latin music.

Though not everyone is a fan of that…

I remember going on a date with some Mexican chick months ago in that area and she said something about how the music they are playing is “for poor people.”

Well, I enjoyed it anyhow.

Here’s a video below of what I mean here of a musician playing on the street.

Finally, there’s some street in El Centro called Madero if I remember right.

All along that long street, you will see plenty of people doing different street performances.

Here’s a video below of one example of what you will see.

As I wrote in this article here….

Buenos Aires of Argentina is a very lively city.

With plenty to see and do.

One of the things I enjoyed about that city are the various performers dancing to the tango in that city.

The tango is basically some dance and music from Argentina.

I never found it too exciting but it is interesting the first few times you see it.

Especially in the street when someone is performing.

Here’s some photos I took of what I saw in those days when I was in Buenos Aires years ago.

And here’s a video of a tango performance in Buenos Aires in the street.

Next up is the clown performer….

I’ve actually seen more of these in Mexico City than I have anywhere else but I didn’t want to make this article overly focused on Mexico City.

Though, not to brag, one time a clown performer challenged the audience to fight him in a balloon sword fight.

And he picked me for whatever reason.

I kicked his ass!

Again, not bragging but I simply have high T and am basically a chad…

Anyway, back to the clown performers….

One time I saw one in Bogota years ago when I went to that city with an ex girlfriend of mine from Barranquilla, Colombia.

She had to go to Barranquilla to handle some visa issue to get into the US briefly and also to Europe.

So we flew in together as I had never seen Bogota before and felt like it would be cool to see the capital of Colombia.

And there is this plaza area with nice looking buildings where we saw some clown performance.

But I suppose it is called the “Plaza de Bolivar” since that is what looks like the area we were in.

Here’s a photo of it below.

Anyway, we were passing by and some guy took a photo of us in front of some nice buildings and all…

Before we came across some clown dude doing a performance.

They’re actually not as boring as you would think.

Obviously would be more fitting if you happened to have children for them to enjoy watching the performance.

But sometimes it’s cool otherwise – sometimes a funny joke is made or whatever and honestly it’s a good way to kill the time in any Latin city you are in if you happen to be walking around with not much to do.

Anyway, I had a difficult time finding an actual clown performance in Bogota on Youtube...

So I included this video below here that is basically the same to what I saw minus the clown costume.

Lots of humor and jokes and all mostly.

Next, you have “Las Cebras.”

In the Bolivian capital of La Paz, you have these individuals who dress up in zebra costume who help organize traffic appropriately.

Help people cross the street and just manage the flow of traffic in general.

Although perhaps not there specifically to perform for people…

They can be interesting to see and watch if you are new to La Paz.

I remember my very first day in La Paz years ago….

And I was sitting in a café early in the morning at like 9 AM watching one handle traffic.

I had no idea what I was looking at.

“Why is there a zebra in the street?”

Anyway, here’s a video below of these zebra traffic experts at work.

Finally, this is something I have seen in various countries like Mexico for example or Guatemala even once before as well…

Then stand in front of the traffic and do some mini performance before then walking between the vehicles from window to window asking for a tip for their performance.

Maybe say something mean to you and walk off to the next vehicle or whatever.

Assuming you are not the one driving the vehicle…

And just some person walking by who happens to see this…

The performance can be entertaining to watch as you are not going to get asked for money.

And the performances can be entertaining also!

As I wrote for example in this article here…

I once saw a dude in Managua, Nicaragua doing some singing and dancing on the street for money.

But he wasn’t the only one I saw…

I also remember a guy who was throwing fire sticks into the air.

Then set some sticks on fire and toss them into the air while catching them and throwing them back into the air.

And, as I said, these mini performances can be entertaining too as long as you are not the person they are going at for money…

Though one time I did accidently piss one off.

When I lived in the Mexican city of Pachuca, I saw one guy do just this and I walked past him from behind with some distance between us as I was crossing the street…

And he didn’t notice me and was accidently dropped one of the sticks.

Said something like “ah no mames wey, vete a la verga” or whatever it was.

So aside from that…

These little performances can be entertaining to watch also if you happen to stumble by one.

Anyway, I had a hard time finding a video of this in Nicaragua but found a video of the same thing in Mexico.

Check it out -- the video is pretty cool.

Got Any Performances Yourself?

Got any relevant experiences with street performers in Latin America?

For good or bad?

Drop them below in the comment section including any questions or observations you have about this topic.

There was more I could have said about the actual performers themselves but I just wanted to keep this topic short and sweet about some of the things I have seen specifically.

Before ending this article, here's one last musical street performance done in what I think is the Dominican Republic.