“No Yo Hablar Spanish” 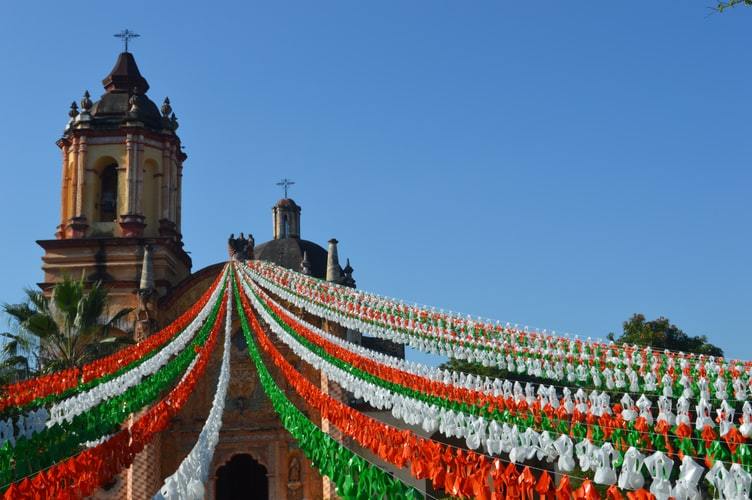 Recently, I got catching up with a friend of mine at some restaurant in Mexico City.

As we got talking about a bunch of stuff, something he brought up seemed kinda interesting to me.

You know, with the Covid restrictions on travel and all that we have nowadays…

There are fewer tourists in Mexico City right now than normal.

Because of that, you also have less foreigners coming to countries like Mexico looking to get laid with Latina women.

But as we got talking about that…

He mentioned something to me that I didn’t know foreigners ever do when trying to pick up Latinas down here in Mexico or anywhere.

Supposedly it’s not too rare for a foreigner trying to pick up women in the street to pull the ol’ “no yo hablar Spanish” thing.

Where they pretend to not speak Spanish (even if they do) as a good way to supposedly get chicks to stop walking in the street and have a conversation with them.

To be honest, I’ve never seen foreigners do that but it doesn’t surprise me.

I suppose it could be an alright way to get a chick to stop and also perhaps maybe make it more obvious that you are a foreigner?

Plus, you’d appeal to the specific Latinas who feel a need to practice their English with foreigners and can have a conversation with them that can perhaps lead to getting their number.

And for the gringos who don’t speak Spanish, then I guess maybe it’s a good way to screen for Latinas who can speak their language.

Either way, I found it funny to hear that foreigners use that trick saying “I don’t speak Spanish” to their advantage.

There are ways, as I have written elsewhere on this website, to exploit pre-conceived notions about foreigners in Latin America to your advantage.

In a way, I guess you can say this is one of them.

Though, in my experience, I’ve never used it for dating purposes.

Instead, I’ve once in a blue moon pulled the “I don’t speak Spanish” line when it was convenient.

Let’s get into a few examples of that below to give you an idea of what I mean.

I was taking a flight back to Mexico City from Chicago.

My girlfriend at the time was waiting for me at the airport with a nice cup of black ice tea and a “welcome back” card.

Well, before I could enjoy my tea…

I had to get through migration obviously.

While waiting in line for probably 20 minutes or so as there was a ton of people there….

I finally get to the front of the line and then get called up by some chick who was probably in her 30s more or less from the looks of it.

Once in front of her, I hand her right away all the usual stuff she wants to see…

My passport, some form I had to fill out, etc.

To which then she started giving me the usual questions.

“How long am I going to be in Mexico for?”

“Where am I going to be staying?”

“What is the purpose of my trip?”

However, that last question was where I fucked up…

I probably wasn’t thinking very clearly when I responded to that last question with “vivo en Mexico.”

As soon as I told her that “I live in Mexico”

And now there was a look of concern or suspicion on her face the second she heard that.

Immediately I realized my mistake and started reversing course while downgrading my Spanish a bit.

Now I was pulling the ol’ “oh, sentir lo, I…yo,…no, no….mi esapnol es no perfect-e…..uhh…perfecto…perfecto! no es perfecto…no….no yo hablar bien. No entender lo decir yo!”

Translated roughly into “shit sorry girl, i don’t speak Spanish perfectly. I don’t know what I say half the time!”

She kept being suspicious though and started then looking at the computer and asking me when was the last time I had been in Mexico.

So I answered honestly.

Anyway, she hesitated a tiny bit before finally filling out whatever she had to fill out and wrote a number on my FMM.

For those who don’t know, the FMM is basically a tourist card.

Normally people almost always get 180 days on the card to stay in Mexico.

In this specific case, she wrote 120 days instead.

So, legally speaking, I would have to leave Mexico 60 days earlier than normal.

Which is just stupid anyway since I could just leave Mexico by that point 120 days later, come back in right away and get a normal card again for 180 days with a different migration agent.

A “visa run” as I did before that you can read about here.

Anyway, it didn’t really impact my travel plans at all since, conveniently enough, I had to attend a wedding in September prior to the 120 days being up.

Plus, though I’m not encouraging it, there’s a shit of gringos who overstay their visas illegally and only have to pay a fine of like 25 bucks at the airport when they leave.

And when I say overstay, I mean overstay for a long period sometimes.

Like one friend I know who has been here illegally for 2 years and counting.

He’ll end up paying a relatively small fine and that is it.

Recently, I tried getting a pharmacy doctor to inject me with TRT.

Normally almost all pharmacies don’t have an issue with selling you it and only a rare few pharmacy doctors have issue injecting you with it.

But this one pharmacy doctor I met recently had issue with injecting me with it.

I ended up pulling the ol’ “I don’t know how to explain to you in your language why I need this injected inside me. My Spanish is no buenooooo!”

Well, after a little bit more convincing, she agreed to do it.

You can read more about that incident here in greater detail.

“What Language Do You Speak?!?”

When I was living in Pachuca, Mexico…

I remember going to some lunch with my landlord and some other people in our group that she knew also.

Anyway, one of the guys there happened to have a little bit of experience in Mexico.

I forgot his exact nationality but he was from somewhere in Europe if I remember right.

Some smaller country that most people not familiar with Europe haven’t heard of most likely.

Because I can’t even remember it right now.

Well, he was telling me this story about how one time a Mexican cop tried to get a bribe out of him.

From what he told me, the cop basically took him into his vehicle without handcuffs and drove him for a tiny bit trying to ask him some questions.

The guy pretended to not understand anything he said.

And the cop pulled out his phone and tried using Google Translate into English.

Well, the European guy legit did not actually speak any English so Google Translate wasn’t much help there.

To which then the cop seemed pretty fucking annoyed as he thought the foreigner was fucking with him by pretending to not speak English.

The ol’ local mentality you have of people down here, huh?

“But…but…you are white, god damn it!! All white people come from the US and all of them speak English! Cmon!!”

So he started fucking around the Google Translate by trying other random languages.

Apparently the cop never picked the right language but it was some obscure language that most people don’t think of when they think of Europe.

I do know for a fact that the guy wasn’t from the bigger countries like Germany, France, Spain, Portugal, Russia, etc…

But the European guy did have an alright handle of Spanish but pretended to not speak it with the cop.

And the cop couldn’t guess right whatever language this European guy spoke.

So he gave up.

But he wasted maybe an hour or less or whatever fucking with the European guy to get him to understand what he was saying for a bribe.

And the European guy, by the way, didn’t have much money on him apparently from what he told me.

So the cop was out of luck anyway by picking the wrong guy to get money from.

Like beating a piñata that has nothing in it.

Anyway, I was told the cop eventually let him go and that was it.

Though, to be fair, I wouldn’t suggest most of you pull the “I don’t speak Spanish” card on a cop.

I think it worked for him because he legit didn’t have any real money on him and the cop simply ran out of patience trying to find whatever language he spoke.

But, in general, if you speak Spanish and know how to talk with the police, then the bribe you pay will be smaller in my opinion.

Usually that’s how it is in my experience

When you hear about gringos who don’t speak any Spanish and get 200 or 300 bucks taken from them.

But, in this specific case, I suppose it worked out for the European guy.

Anyway, that’s all I got for the moment when it comes to this topic.

Funny to see gringos pulling the “no yo hablar Spanish” card and sometimes working in their favor.

If you got any similar experiences, questions or comments…