The Irony of the Low Cost of Living in Latin America 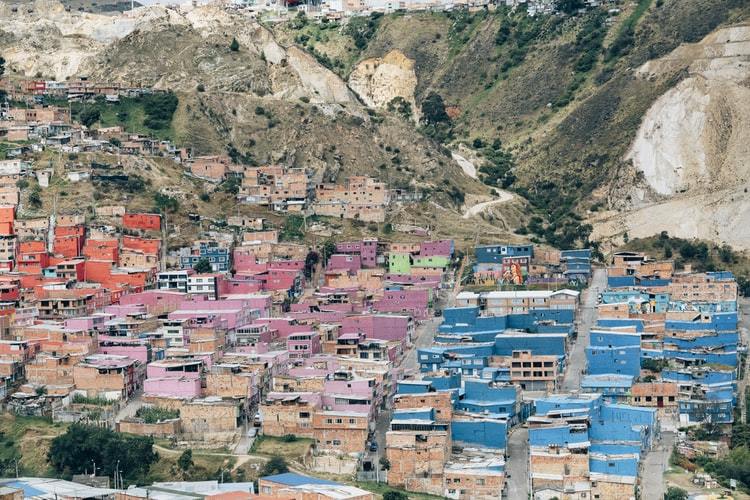 A few odd days ago…

I got talking with another foreigner about general topics in Latin America in a messaging app called Telegram.

We are both part of this larger group of foreigners who live down here.

Anyway, we got talking about different places to settle down in Latin America.

From what I remember, he was considering Paraguay, Chile or Argentina.

During the conversation, another guy mentioned how he wouldn’t prefer Panama City because of how relatively expensive it is.

From what I remember, he said something about how “when I think of living in Latin America, I think of a cheap place where I can get a nice 10 dollar steak.”

And how “it defeats the purpose of living down here otherwise.”

Those were not his exact words – I’m just paraphrasing the general sentiment behind what he said.

Anyway, that’s not an unusual sentiment either.

That “the purpose” of living down here, at least for him and many others, is to enjoy the low cost of living.

To which I agree that definitely is a huge bonus as I wrote about here!

Though, to be fair, I find a certain humor in this mindset by some gringos.

Which, again, I share the same mindset as I also enjoy the low cost of living as I have written elsewhere.

So I am definitely not above it.

And while there are definitely a ton of other reasons to live in Latin America – as I wrote here.

This sentiment is definitely popular enough among plenty of the foreigners coming down here.

But there’s a few thoughts I’ve had recently about it that you will find outlined below briefly.

So let’s get into it.

I’ve written about the irony of this before…

So I will keep it brief here.

But there is an irony in the type of gringo who comes down here talking about “it’s so cheap to live here!”

“My maid and personal chef only cost 1 dollar a day!”

“I only spend 9 dollars a month on rent!”

“I have a personal escort who lets me fuck her on a park bench every morning for only 50 cents a fuck!”

“I had AIDS but then my private hospital cured me for only 2.19!”

But what if your income is shit too?

There are many who don’t.

Or peso to peso technically…

The cheap cost of living isn’t really so appealing anymore in my opinion.

Especially if your days involve sitting in front of a laptop working 10 to 12 hour days every day and you haven’t been outside in a long time as you struggle to get money in your bank account.

And so while you can definitely make bank online…

If that is your situation where you are poor as fuck…

Then the cheap cost of living isn’t helping much to be honest when you basically have no real income obviously.

Get What You Pay For

To be fair, there are plenty of nicer places of Latin America where the cost of living is very cheap like Mexico City…

And, from what I’ve been told, the exchange rate in Argentina has gone to shit so apparently Buenos Aires is quite cheap nowadays as of this writing in 2020.

However, if Panama City is to be considered “too expensive.”

Which, to be fair, it is more expensive than most cities in Latin America I think…

Then where shall we go for that cheaper cost of living?

Nicaragua is a fine country where plenty of foreigners have enjoyed a good life there.

I’ve been to both countries actually.

They are relatively poorer though compared to places like Panama City or Santiago, Chile.

Subsequently, you are living in a poorer area of Latin America that you might not enjoy as much.

You can live in Roma or Condesa with your own one bedroom apartment for 500 bucks a month.

However, you can instead spend 400 bucks a month for a 2 bedroom furnished apartment I found once in Santo Domingo de Pedregal in Mexico City.

I lived there before.

But the neighborhood does look a lot shittier compared to Roma or Condesa.

And while food might be a little bit cheaper as well….

Is it worth it really?

Granted, I didn’t mind living there so much and I wouldn’t have an issue going back.

But I feel most foreigners who think of life down here wouldn’t want to live there.

At some point, you have to ask yourself if saving that extra bit of money is worth it to be changing locations to cheaper countries or cheaper neighborhoods.

If you think so, then great!

But the difference here, when comparing Santo Domingo de Pedregal to Roma or Condesa, is 100 bucks saved per month and getting an extra room.

I got a friend who is moving to one soon that will cost him 800 bucks a month.

So that is a whopping total of 300 bucks a month saved.

Which is OK money for sure…

Yes, you can live more cheaply perhaps in Guatemala City with those 10 dollar steaks…

But then again you’d have to live in Guatemala City.

I personally wouldn’t want to live there.

Thought the city itself was pretty shitty.

If I had to choose between Guatemala City or going back to the US….

And would definitely spend the few extra hundred bucks a month to live in Panama City over Guatemala City.

I’d still see Panama City as more enjoyable even if it was more expensive.

There is a general rule I think we shouldn’t forget here that is applicable depending on the context – “you get what you pay for.”

In some of those contexts, perhaps it wouldn’t be better to save that extra 200 to 300 a month and maybe opt instead for the pricier but nicer place to live in.

Relationship Between Poor and Nice?

Across Latin America, you will find countries that are poorer than the US and have weaker currencies.

Though there are parts of Latin America….

Very specific parts like in the financial district of Santiago, Chile known as “Sanhattan”

But having said that…

Most of Latin America is poorer than the US and have weaker currencies in general.

As a result, in my opinion, it’s interesting to think about how there is that relationship between how weak the currency is somewhere and the gringos enjoying that place for its low cost of living.

And, subsequently, there can be a gap in reality between some of the gringos living there and the locals.

I got asked one time by a local Mexican guy I knew about “what do I like most about Mexico?”

I told him the honest answer – “it’s cheap to live here.”

In a more extreme case…

You have foreigners living in gated communities in some parts of Latin America far from the realities of some of the locals living in fairly poor living conditions.

Though, to be fair, you also some middle class and very rich locals too – I don’t want to paint them all as poor so don’t misread that.

But back to the idea that I’m trying to convey here.

Then I’d imagine many (though not all) of the foreigners living in this region would pack their bags and leave.

Because, to be fair, plenty of them (though not all) live down here for the cheap cost of living…

So, in that sense, it’s interesting to think about that relationship I suppose.

Perhaps humorous too depending on your sense of humor…

How, in my opinion, there is this relationship between the higher quality of life foreigners can have in the weaker economies down here with their poorer exchange rates…

And how much poverty and inequality that exists as well that makes life more difficult for the locals.

Whereas if there was less poverty and inequality…

Then you’d arguably, as I said, have less foreigners living down here…

But also you’d have a different type of foreigner living here also I imagine.

Perhaps similar to whatever types of expats countries like France, England or Germany get.

However, I imagine the cost of living might still be cheaper in countries like that than in the US given it seems people don’t have to drive as much over there given it can be easier to get around a city without one.

And I’m not familiar though with foreigners from countries like the US or Canada choosing to live over there but I imagine the type of expats might be different.

One final aspect that should be mentioned is the issue of taxes.

Just about every gringo I know who lives down here doesn't pay taxes to their respective Latin countries.

Granted, that's not many gringos since I don't hang out with many.

And there's a few others I know of who I don't know if they pay or not to be fair.

But the ones who don't that I know of are young (like me)...

Make money online that is sent to their bank accounts in their home countries....

The respective government in whatever Latin country might not have a solid idea (or any idea) as to how much money they make since the income isn't local and goes to a foreign bank account.

Anyway, not every American or foreigner is able to avoid taxes as easily down here.

I remember reading months ago about Mexico cracking down on some of these folks. If I find it, I will link it here.

Otherwise, the only time I ever hear about foreigners paying taxes heavily to the country they are in is when they get official residency.

I know of one guy who got residency in Colombia but ended up paying over 10,000 USD and more in taxes when tax day came in the first year of his residency.

I feel that in either scenario...

Where you either get official residency and/or if you make lots of money beyond what the normal expat makes...

Then the respective Latin country is more likely to go after you if they feel you are not paying enough.

But it's another ironic part of the "it's cheap to live here" idea.

Because while some Latin countries don't tax worldwide income like Panama or Paraguay...

And while plenty of foreigners living on tourist visas making 2,000 a month from foreign sources are able to avoid paying taxes to whatever Latin country....

Those that do pay taxes seem to face a scenario where they encounter tax rates much higher than what they are back home.

But that depends on the country.

Though if you read this article here, you can see how tax rates in some of these countries down here can be quite high!

Where all of a sudden living down here isn't as cheap as some imagine if you get caught up paying by the tax rates and earning an income that is more respectable in the US.

Just another comment again that I don’t hold any judgment against those who live down here for the cheap cost of living.

Especially as I enjoy it quite a bit myself!

Though, as I mentioned, there are some funny things to bring up about it.

Sometimes “cheap cost of living” isn’t all it’s cracked up to be when it’s dependent on a poorer exchange rate while your income is 500 a month working 10 hour days and you live in a crappier neighborhood of Guatemala City.

Anyhow, that’s all that comes to mind for this topic.

Got any relevant experiences, questions or comments yourself?