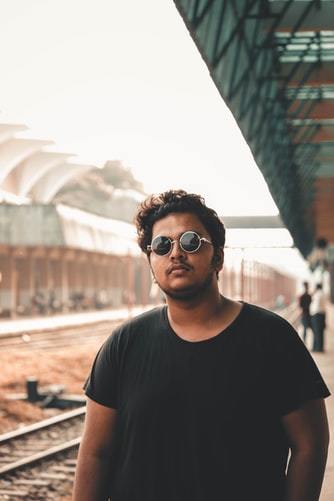 When I was living in Barranquilla, Colombia…

I spent probably about some 7 months there more or less.

Anyway, I was living there mostly learning Spanish, doing some minor research project and really just getting to travel around South America mostly.

Well, while I was there, I met up with various other Americans who happened to be going to this same university that I was going to for Spanish learning and all.

On one particular day, we all decided to go to a nearby Colombian city called Cartagena.

Both Barranquilla and Cartagena are cities close to each other on the Caribbean Coast of Colombia.

When we went there, we had a bit of a group with us.

A few American chicks, two Colombian chicks also and a handful of American guys as well.

We ended up getting some hotel near the city center where they have this big wall to a colonial part of the city if I remember right.

As we got talking around this touristy area, I was walking by alone with another American named Matt and also a black American whose name I forgot.

Anyway, Matt, Marcus and I were walking around the touristy area…

And you know how touristy areas can be in Latin America…

Plenty of hustlers on the street doing performances to make money or trying to sell services or goods.

Usually the goods are things like selling chocolate or whatever.

Services can be like tour programs or maybe some guy who wants to shine your shoes or whatever.

Anyway, one Colombian guy in particular who happens to be offering some service in the streets of this touristy area wanted our attention.

Perhaps one of us gave the guy eye contact and he felt like he had a better chance to sell us something or whatever.

So it began with the usual “friend….friend….where you from friend?!?”

But we kept walking with Marcus looking back at the guy behind us.

I can’t remember what the guy was trying to sell but I remember he had some bag in his hand so probably like some type of local candy or whatever.

Regardless, after Marcus looked back, the guy yelled something like “a donde van? Oye gringos, negro….”

And whatever else he said – I can’t remember everything he yelled out but it didn’t really catch my attention.

Was just standard calling out to get our attention in hopes he stop and listen to him long enough to buy something.

But I remember Marcus in particular did take offense to something he said.

He thought the guy yelled out “negro” to him.

Which perhaps he did!

I honestly don’t remember what the guy yelled out truthfully but Marcus explained it as we kept walking.

Because in large part Marcus now seemed offended by it.

He was new to Latin America by the way from what I remember.

Colombia was his first trip to this part of the world.

But he knew some Spanish.

And the use of the word “negro” is what got his attention.

He said to himself “the fuck….why are so many people racist here?”

Now keep in mind that this wasn’t the first time that Marcus took offense to something racial in this country.

As I wrote in this article here when we were watching the Barranquilla Carnival – which is one of the biggest carnivals in the country.

I probably used a different fake name for him in that article but I’m not sure.

But he got offended anyway at seeing some Colombian do black face during the carnival.

Is Marcus right to be annoyed at being called “negro?”

Is the Annoyance Justified?

Anyway, in this particular instance, he got offended again but, like I said, by the use of the word “negro.”

Which, by the way, has a very different context in Latin America than in the US.

I can get why he would be offended as the use of the word “negro” has a different history in the US than in Latin America.

However, when the guy said it, I don’t think he was trying to be offensive.

In the same way that I get called güero in Mexico.

Or how I get called gringo.

Which, by the way, is a word plenty of gringos get offended by but it often is not used in a negative connotation.

It can be though!

But you can read more of my thoughts on the use of word gringo in this article here.

Latinos will often call each other by other names outside of what their skin color or nationality happens to be.

For example, I remember when I was apartment hunting in Mexico City near Metro CU in Santo Domingo de Pedregal.

As I left the metro station, I asked some young skinny dude standing by a pharmacy if he knew where this specific street was that had the apartment building I’m looking for.

He didn’t know but asked his friend who was standing by him looking at his phone.

Asking him where the street was that I was looking for.

But in doing so, he called him “fat guy.”

“El Gordo” was not offended at all by the term or didn’t appear so anyway.

He simply put his head up and helped us out by thinking about it and pointing me in the right direction.

So that’s the thing about Latin America for those new here.

Don’t take offense necessarily to it.

Or, at the very least, get used to it.

Sure, you can tell them that you don’t like them calling you whatever nickname they have given you.

And hopefully they respect that.

But when living down here and dealing with complete strangers….

It’s just how it is.

Anyway, that’s all there is to this topic that I got for now.

If you have any relevant experiences, questions or comments…

Previous post: How to Know What a Latino is Saying with Limited English Next post: Inconsistent Application of Medical Regulations in Mexico