How to Know What a Latino is Saying with Limited English 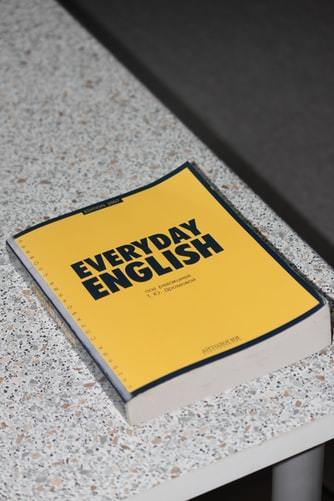 A little over a month ago, I was eating some lunch with a few other folks in the same room.

There was another American guy named Alex and also some Mexican young guy with us whose name I don’t remember since I don’t know him very well.

He was from Puebla originally if I remember right.

Anyway, I was having a campesina torta (chicken and bacon with cheese)…

And I think Alex was having some type of pasta while Antonio wasn’t eating anything if I remember but he had a beer with him if I recall correctly.

Anyway, we are all talking and Alex and Antonio are talking more between themselves while I am eating throughout most of the time.

It becomes clear that Antonio is quite interested in learning English but his English skills still seem a bit weak for the most part.

Well, Alex and Antonio are having a small conversation in English about whatever but Alex has to occasionally switch to Spanish to clarify a few things he said once in a bit during the conversation.

But then he excuses himself to go somewhere for a few odd minutes.

During that time, Antonio starts talking with me and we go back and forth between some English but mostly Spanish during the conversation.

In that conversation, he asked the usual question – “de donde eres?”

Which means “where are you from?”

And, like I said before in this website, I usually tell people I am from Chicago down here if they are not American or at least have no real familiarity with the US.

Since most people don’t know where Iowa is and Chicago is one of the few bigger and more well-known cities closest to where I am from originally.

And he knows where Chicago is.

Although, to be fair, Mexicans generally seem to be more familiar with the US than most other types of Latinos.

Perhaps because they are more likely to have family in the US and/or have their own experiences visiting the US.

Whereas, in my experience, other types of Latinos like Bolivians, Nicaraguans, Paraguayans, etc are less likely to really have a good idea of the US outside of the main cities of LA, Miami, NYC, Chicago, Philadelphia, Washington DC and maybe a few other cities.

Anyway, Antonio does know where Chicago is and starts asking me a few questions about it.

Before saying something in English….

This part he had lost me.

So, while not trying to be rude, I ask him again to repeat that bit.

And he says it again and I still didn’t catch it.

And now I’m starting to feel like a jackass because I probably asked him to repeat himself over and over again at least 5 times where he said it in both English and maybe once in Spanish.

And I hadn’t understood yet what “ilenes” was.

In Spanish or English…

I understood every word in his sentence except the very last word.

And now I was really starting to feel like a jackass because sometimes some Latinos can be insecure about their English levels….

So this dude’s face was starting to get a little bit red as he looked embarrassed by basically being told that his English isn’t very good since I can’t understand him.

But I understood him fine!

His English was extremely basic but I could understand every word in that sentence except the last one.

So he was saying “ilenes” again and then it hit me.

“Illinois” was what he was trying to say!

He didn’t explain it either – he didn’t say “the state where Chicago is.”

But as he was repeating himself, I realized that he might be trying to say a word with Spanish style pronunciation.

Which, to be fair, is completely understandable as English pronunciation rules for different words in English can be all over the fucking place.

Sometimes you have similarities in Spanish with that where you might encounter a more indigenous sounding word in a place like Bolivia and have no idea how to pronounce it.

Or how, from what I have seen, sometimes the letter x can be pronounced very differently in the Spanish language depending on what the word is.

How would you pronounce Mexico versus Xela (xela being the Guatemalan city Quetzaltenango).

And while you have regional differences in how to pronounce words in Spanish by country (Argentina vs the Dominican Republic for example)….

For the most part, I would say that pronunciation rules are clearer in Spanish than in English.

Or at least it seems that way to me as I have met the occasional foreigner have issues with getting a grasp of how to pronounce different words with similar letters.

Whereas, in my experience, Spanish pronunciation seems, for the most part, fairly straight forward.

Anyway, once I realized that maybe I would know what “ilenes” is if I tried to spell out what he was trying to say by Spanish pronunciation…

I connected the dots and realized he was trying to say “Illinois” but with Spanish pronunciation rules.

It’s hard to describe perhaps what I mean by that but I feel anyone who speaks Spanish and English knows what I mean.

Where basically he sees the word “Illinois” and doesn’t know how to pronounce it so he pronounces it by how it would be pronounced in Spanish.

So once I thought that maybe that was what he was doing when saying “ilenes,” I understood the rest of the sentence.

There isn’t much more to say here.

And his English wasn’t terrible by the way – well, it was very basic but I ain’t trying to shit on his English either.

Just throwing a tip out there for anyone who might ever find it useful.

Just a small observation I had when talking with a local in Latin America.

Perhaps this observation might be useful to somebody who is listening to someone speak with limited English.

It might help you connect the dots as to what someone is trying to say as it helped me.

Anyway, if you have any relevant experiences, comments or questions…