“Live Like the Locals with Arroz Blanco con Huevo Frito!” 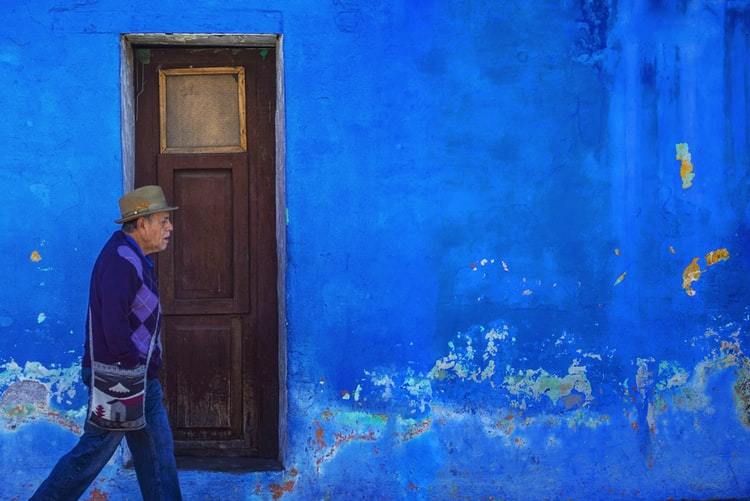 I met this young American woman who was interesting in some ways.

She was one of those type of gringos who would shit themselves at the brief mention of any criticism of the local Latin country you are in.

In this case Guatemala.

Even if the criticism was not excessive and entirely accurate.

They tend to have a certain mindset that anything critical of Latin countries like Guatemala for example is “racist” and how “you are basically Hitler” through their eyes.

Again, even if the criticism is entirely accurate – such as a statement like infrastructure in Guatemala is kinda shitty.

Which is true – or at least how I remember it.

But while she was the type to be the ultimate defender against anything she deemed racist against Latin America….

She also held, in my opinion, perhaps an arguably racist belief.

The irony isn’t lost there – a white liberal pretending to stand up against racism while also perhaps engaging in it or having beliefs that sound at least questionable.

What was the belief?

Well, given her living in Guatemala, she insisted that “the only true way to experience Guatemala is to live like the locals do!”

OK, how was she going to do that?

I’m not sure if she was a real expert on “how to live like a local.”

Anyway, her method to “live like a local” was to help her “escape her white first world privilege” or something along those lines.

I’m paraphrasing since it’s been almost a decade since this happened but that’s essentially what she said.

And so “to escape her white privilege,” she must “live like a local.”

Which, basically enough, meant to live poor as fuck just because.

I don’t know how she did it but the specific travel program that she paid lots of money into to send her to Guatemala was able to get her a living arrangement set up that was a bit poorer.

The funny thing with all of this is that, if I remember right, she must have spent something like north of 4,000 to the program at least to have that set up for her trip.

I think it might have been over 5,000 actually (as it included flight) but I don’t remember exactly since it’s been so many years since she told me how she got to Guatemala.

Meanwhile, I came into contact with the same NGO that she was working for without having to spend that 4,000 or 5,000.

I simply did research in Google for a Spanish school to study Spanish at that could set up a homestay for me and find me an NGO to work for in my free time.

My total cost for the trip was maybe 1,500 bucks in total (flight, homestay, food three times a day, the Spanish school and working for the NGO was free).

But yet here she is spending all this extra money but regardless….

And I’m sure the company she worked with must be pocketing a lot of money since it definitely seemed overpriced compared to how I ended up in Guatemala….

Anyway, whatever travel program she used did get her to “live like the local” in her idea of what a “local lives like.”

Living in some very small home that had a spare bed in a rural town that was literally on the outside of Xela, Guatemala.

If I remember right, it must have been maybe like a 30 minute bus ride away more or less or something like that.

Her commute was longer than mine – which was just a simple walk over.

To live in more rustic living conditions and to eat minimally whatever the locals eat.

Now I’m not sure if she was eating “arroz blanco con huevo frito” as that is what I imagine when I think of a “cheaper meal.”

Since I don’t know if that’s common enough in Guatemala.

But she didn’t want any “fancy meals.”

I remember she even felt guilty about the food that her homestay would offer her (even though she was paying for it)….

So she apparently asked them to offer her smaller portions since she, again, “wanted to live like a local” and not like “a privileged white person.”

Thinking about this now, I guess it’s kinda funny looking back at it…

For one, we have basically a self-hating white person who feels some guilt for her race and nationality (being from the US) and wants to make herself live in worse living conditions just because…

I would argue also that it is kinda racist to think that all Guatemalans live in poor shacks on the outside of town eating 1,000 calories a day…

Yes, there are Guatemalans who live very poor lives.

But there are plenty of Guatemalans who live relatively more comfortable lives and some who are even quite wealthy!

Such as many of those who live in the city we worked in – Xela!

But the Guatemalan host stay family I was living in were definitely just a normal family.

Not rich by any means.

And I lived in a normal neighborhood – not a touristy one but not living in literal poverty either as a way to “wash away my guilt.”

I also find it silly this type of gringo who trips over themselves to “live like the local.”

Which, in practice, can, as we saw with this chick, basically translate to living in really shitty living conditions just because.

Not really someone they would “feel a commonality with” because she chose to do a 2 month vacation living in poverty….

Where then, given how she could afford to spend a significant amount of money to do this, will likely go back to the US to live a comfortable life.

Maybe have some photos of her trip where she can show her friends how “yes, I have seen the world! I lived like the poor brown people of Guatemala! I am cUlTuReD!!!!”

Similar to how you have these tourists take pictures of themselves with poor African children for their Facebook profiles as you can see in this video below here.

Either way, she definitely is not the only gringo who has come down to Latin America with this mindset and approach to life here.

I haven’t met too many of them though since I don’t hang out with foreigners too much anymore down here outside of a few.

So if you have any relevant stories or questions or comments….