Foreigners Avoiding Vs Gravitating Towards the Bubble 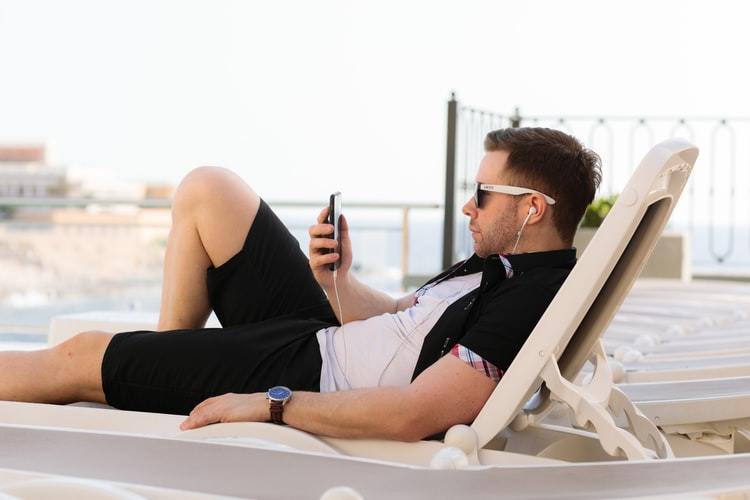 Who also happens to have decent experience in Mexico.

We were talking about our experiences in this country – he is more familiar and lives in Sinaloa while I happen to live in Mexico City.

Anyway, we got talking and we crossed a certain topic…

“Man, I’d hate Cancun! I’d hate Puerto Vallarta! Never been there but way too many Americans and other foreigners who live there!”

Now why does he hate being in places where there are other Americans and foreigners?

“I came to get away from all of that! The US is dead and the people there ruined it! I came to Mexico to be in Mexico and enjoy what this country has to offer!”

Now, keep in mind, I don’t think this guy hates the US or Americans…

“The West is dead! Feminism and communism has taken over America! Life is so much better in Mexico!”

Or pick your Latin country….

I wrote a little bit about these types in this article here.

In my opinion, you have the political types that leave America because of large disagreements with the politics up north while also ignoring perhaps how politically speaking Mexico isn’t the best place either…

And you also have those who just happen to be in some form of escapism – escaping the US because of a bad job market or bad dating experiences or whatever else.

Granted, you also have folks who are not like that at all and quite the opposite!

They only hang out in “the gringo bubble” and never leave!

But why do some foreigners choose to actively avoid the gringo bubble and any place with foreigner influence?

And why do others actively stay in those areas with no desire of checking out non-touristy areas?

These are just my observations below of the type of foreigners I have seen who tend to go either way.

This probably doesn’t cover all of them as this is just my experience alone….

So if you happen to have your own experiences on this topic, drop them below in the comment section.

Would love to hear other observations.

Now let’s get to it by first focusing on those who avoid the gringo bubble and then those who gravitate towards it.

This group was basically already described in the intro to this article.

As I said already….

You have some folks, such as the ones in this article, who are basically just escaping politics of their respective countries.

And they disagree with that politician and choose to leave for some years.

More on that here.

Then you have those who are just escaping bad employment or dating opportunities in the US..

And because of their frustration with any of the above – politics, dating or market scene in the US or wherever they came from…

They, for whatever reason, just seem to strongly prefer avoiding areas that have lots of foreigners in them.

I honestly feel that the reason for that is because the presence of other foreigners reminds them of their grievances of whatever kind with their home country.

So they’d rather just avoid it.

For whatever funny reason, the simple presence of lots of foreigners seems to provoke that reaction in these folks.

Or at least that has been my impression.

“Karen wouldn’t fuck me back in small town Utah….”

“I never could find a good job that paid beyond minimum wage….”

And then the presence of other foreigners?

You also have some foreigners who literally trip over themselves to try and “live like the locals.”

I don’t get it to be honest.

Which is cool. Whatever.

But then you have some folks who feel a strong urge to “live like the locals.”

“Because that’s how the foreigners do it man!!”

Again, nothing wrong with living in normal, non-touristy areas or visiting them.

But it’s harder, I suppose, to exactly put it into words this type of group of people.

They just seem obsessed with the “live like a local” crowd from what I have seen.

You also have some folks who prefer non-touristy areas just because they get tired of all of the hustlers going after foreigners for USD.

I get why folks would want to avoid those areas for this reason – it annoys me too.

So it seems more logical to me.

They simply don’t have the money for it and are forced to “live like a local.”

Well, a poorer local at that to be honest.

I fell into this group once as you can read here.

Basically, I lived my first year in Mexico partying and having fun.

Well, with no money meant no fun as I worked my ass off to get on my feet and learn how to make money online.

Anyway, I feel this group deserves mention since not everyone living in areas that are less desirable are doing it because they wanted to.

Mostly just a lack of money and unwillingness to go back home for whatever reason.

As I wrote here, you have the occasional foreigner who comes to LATAM for the vices.

Prostitutes, drugs, liquor and whatever else.

These folks quite often gravitate towards not so touristy areas.

Not because they are trying to escape those areas – just because it works out for what they want.

Anyway, I’m not into prostitutes or drugs – just liquor myself.

So I have more limited experience with this group but I did write a brief article here on this subject.

Finally, you have a group of foreigners who do not necessarily have their vices or hating their home country…

They simply have a curiosity to know more about areas outside of the touristy areas.

They might have a deeper interest in the history and culture of whatever city and country they are in.

And simply want to explore a bit and see what life is like outside of the Cancuns.

So they move outside of the Cancuns and into areas with basically no tourists.

This is the group that, as the name implies, they are just the typical tourist.

No experience in whatever country they landed in.

And simply want to check out the typical touristy areas before heading home in a week or so.

This is the group of foreigners who basically don’t have any language skills to speak of and never plan on getting any in the future.

Simply put, they are comfortable in the gringo bubble and see no incentive to ever leave as basically they can live wherever they are with just English.

Perhaps they live in a touristy area with plenty of locals who know English and also plenty of foreigners to be friends with….

And that’s all they want!

Gravitating Group 3: Preference for the Bubble

This group merges well with the last group but I decided to separate the two.

In the last one, it could be the case that some of those foreigners would decide to leave the bubble if they ever did learn the language.

But overall, you do have foreigners in general who just prefer the bubble for a variety of reasons and not just for language.

They simply have everything they could want in the bubble – all the right restaurants, bars, beaches, etc.

And simply see no reason to leave.

Finally, there is the group who won’t leave the bubble for safety reasons.

They already went to Latin America – perhaps they felt that was a big enough of a risk.

“What’s the point of leaving Roma and Condesa? Isn’t it dangerous? What does the rest of CDMX offer?”

So, in his mind, the rest of CDMX is too shit to offer anything and too dangerous.

His loss, I suppose.

Honestly, I’m more the type to leave the gringo bubble.

Mostly just to see life outside of the touristy areas.

Like in my time in Paraguay as I wrote here.

On the other hand, I don’t hold anything against those who prefer the gringo bubble.

If it makes them happier, then cool.

But that’s not for me anyway.

Anyway, if you have any comments or questions on this topic…