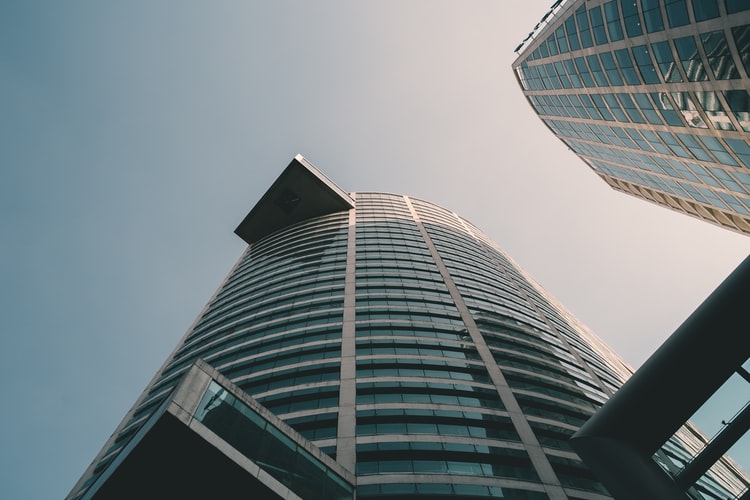 I had just started planning my exit from the place to return to Mexico City.

In order to do so, I started looking for different apartments that I could live at for when I move.

A friend of mine named Bryan recommended places around Metro CU and Metro Copilco area because of all the hot young chicks he saw around there.

To his credit, my eventual time in that area did show me that he was right – there were plenty of cute chicks.

Though mostly of the “barrio” type that I saw in the neighborhood that I lived in – lower class chicks that weren’t afraid to show some skin and who call every swinging dick “papi.”

I like them more than the upper class fresa types with a stick up their ass trying to prove to everyone how “educada” they are with their English and stories of vacationing to Miami with Daddy’s money.

Memories of sex where you have her tied up…

And once you finish, the look in her eyes begging for more with her mouth wide open and tongue out as she does her best to move her head as forward as she can despite having her neck tied to the bed…

But nonetheless she makes her effort to inch her mouth a little more forward to get your cock in her mouth again.

A woman with whom you can drink away your nights and finish a bottle of Oso Negro or El Presidente.

At that point, you can only hope Gorden Gekko gives you a call and sends a friend over here to finish the night well….

But, nonetheless, in my search for a place near Metro CU…

Even more affordable than any other place in the area…

For a spacious room with your own private bathroom and a little mini kitchen in the place also.

What a great deal!

I wanted to see it in person.

The apartment owner claimed that he was not in Mexico City at the moment and won’t be for quite some time..

So, if I want, I can just send him some money to cover the deposit of about 80 bucks and I can reserve my spot for the room that way.

Though having spent some time in Mexico by this point..

I had my suspicions as I had heard that would be a bad idea.

To just send money to cover a deposit for a place you had never seen before.

I ended up going back to the Facebook advertisement for the place that I saw initially where I got his number..

And google searched the images for the place.

To find that it was a room advertised in another neighborhood of Mexico City near Metro Camarones and for a considerably higher price than the 1,600 pesos.

This happened months ago or else I’d offer photos of the exact place that this dude was offering.

Regardless, I bring it up to the guy later…

After I went to bed as I was falling asleep in those days at around 1 or 2 PM and waking up at around 10 PM or so since I was working nights..

And, given I often am up late at night most of the time anyway..

I didn’t think to message the guy at a more “appropriate” time like 7 AM or so and sent him a message at 2 or 3 AM instead.

But I didn’t care so much either as I knew this guy was a scammer most likely.

Where, quite commonly in Mexico, you find folks advertising apartments they don’t know.

And they will tell you that their place is in such high demand and they have 10 meetings today with everyone and the President of Mexico to check their place out in person..

And if you want their place NOW, you need to send them money RIGHT NOW

Or else someone will take it.

Once you send the money, they block you and that is it.

And given there was no formal contract between you two..

While you don’t even know their real name either or have a real photo of them..

And they were probably using a burner phone or something…

In all likelihood, you won’t get your money back and that is it.

Anyway, I decided to fuck with the guy about it and sent him a message at 2 or 3 AM.

And he was awake!

Maybe still up trying to scam people in some other way…

Regardless, we get into a bit of a conversation where I’m fucking with the guy trying to get under his skin.

And the conversation ends there and he pisses off angry that I supposedly woke up him at 2 or 3 AM.

And hopefully I did!

The cunt of a person trying to scam people – fuck him.

But he isn’t alone.

If you follow some “apartments in Mexico City” page on Facebook, you will probably someone complaining about these scams once a day more or less.

And they all have the same story!

“This place looked like a great deal, they told me that they have lots of people interested and could be taken at any moment, they can’t show you the place in person because they are out of the city for the moment but send me money right now and it is yours!”

Blocked and you never hear from them again.

The scam isn’t that clever to be honest – it only works because the legal and police system in Mexico are so shit that it is unlikely anything will happen to the folks doing this.

Mixed with the fact that there apparently so many people who fall for this shit.

Over the years of living in Mexico, I’ve come to believe that Mexicans are a bit naïve and overly trusting.

Granted, to be fair, we have idiots in the US who’d fall for this shit too.

Maybe I’ve been out of the US for too long now.

But it does surprise me, nonetheless, how people continue to fall for shit.

Especially as enough time down in Latin America has made me realize not to trust most folks down here and always keep and eye out for scams.

Given the lack of protections for those who get scammed – more often than not you can’t do shit about it if someone fucks you over.

Or when I got robbed here.

Anyway, if you want to see anybody complaining about getting scammed by this...

Just go to Facebook and join any group in Spanish for locals looking for apartment rentals in Mexico City.

I guarantee you that you will find someone posting angrily about how they got scammed and will provide the evidence also.

Regardless, the basic tip here on how to avoid the scam is this…

How to Avoid the Scam

You visit the place in question that you want to live at..

And only when you are ready to move in do you give them any money.

I know some folks will offer money right then and there in exchange for the keys and contract after seeing it and move in a few days later.

I don’t offer a cent until the literal day I am moved in.

And then I turn to the apartment owner to sign a contract, get the keys, check to see if the keys work on the doors to the place..

Then offer them money.

It’s not that difficult.

Just don’t be retarded sending money to folks you don’t know and with no product (keys) in hand.

But let’s get to some signs to watch out for also for possible scammers and end this article on what you can supposedly do if you do get scammed.

1,600 pesos for a nicely spacious decorated room, all furnished with all utilities included and a private bathroom and kitchen?

Just be familiar with the prices for the places in the area you are looking and be realistic.

Google search the images in question of the apartment or room.

If it looks to be advertised elsewhere, obviously the place is fake.

Some of these scammers make a new Facebook profile in the last minute before advertising their place.

Just check their profile to see if it looks like a fake profile or not.

Often times they have photos also that look way too professional…

And nothing on their profile.

“Studied a Masters Degree in Buttfucking at Harvard University.”

They can’t meet with you and have nobody to show the place to you because they are not in town!

Therefore, you can’t see the place ahead of time.

Just in general – for whatever reason, they don’t seem capable of showing you the place before you put any money down.

They don’t own the fucker, dipshit!

Though I have never been asked for “bobs” before….

I have been, as you read above, asked for money.

Another red flag to watch out for if they want you to send the money without ever having seen the place.

Again, just don’t send money to people you never met with no guarantee at getting the money back.

In this case, give the money when you got the keys and contract in hand.

A pretty common phrase these fuckers seem to use is “we’re so popular! Everyone and the Pope wants to live here!”

To help justify why you need to send them money RIGHT NOW or else Emiliano fucking Zapata will come by and rent the fucking place out before you get a chance to.

Goes along with the last red flag…

Send money now before someone takes it because EVERYONE wants to live here!

Anyway, let’s get to the final point to mention – what can you supposedly do if you get scammed.

That way you can find out if they are who they say they are before sending any money.

Here's the images below.

Anyway, I also will translate what the images are basically saying for those who don't speak Spanish.

Once you transfer money to someone, you will get a code called a “clave rastero.”

Next, either google the following “rastrear operacion banxico.”

Or go to the following address – “https://www.banxico.org.mx/cep/

Once there, put in the code mentioned above and make sure to click on “clave de rastreo” in the section “criterio de busqueda.”

Then click on the blue button called “descargar CEP” near the bottom.

And look for the words “titular de la cuenta.”

Next to that will be the name of the person that fucked you over.

Now, what can you do with that info?

I have no idea – again, I have my doubts about the legal system in Mexico actually doing anything if you take action.

But if you have enough money and time to piss away, maybe you can do something.

Thinking about it now, I actually think this would be a good way to verify if the person is who they claim to be prior to giving them a deposit.

They ask for 1,600 pesos and claim to be a chick named Karla…

Send them 1 peso or whatever small amount you can and check with the code above if they are actually Karla and not Eduardo.

Granted, again, it is recommended to not give any money – not even one peso – until you have seen the place and have the keys and contract in hand.

Anyway, got any experiences or questions related to this topic?

Previous post: Should You Live in Latin America? Next post: Being Run Over By Your Cocaine Dealer in Puerto Rico