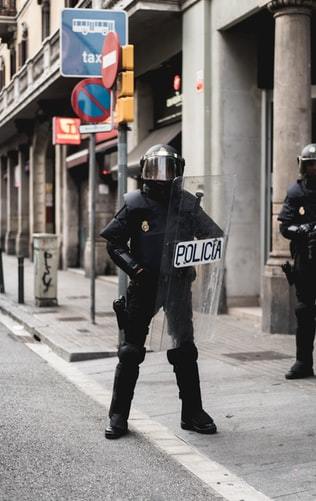 It’s another night in Mexico City.

I’m having a few more drinks of vodka+black tea.

All the while listening to some music like this video below here.

Something to listen to while drunk..

With a song or two that sets the mood right for my time in Latin America.

As I get more drunk, something to make me float off into thinking I’m some novel foreigner who is exploring new areas never seen before in strange lands.

But yet all the while in CDMX – a place pretty well known by foreigners.

Though with enough liquor and the right music – any fantasy feels legit.

Either way, I carry on…

When I get a knock on the door.

A neighbor asking me if he can use my fan because there is smoke everywhere outside in the rest of the building.

Without issue, I offer him it and life goes on.

Though now I’m sweating my balls off because the heat in my room is a bit much.

Either way, time goes on…

I get my fan back…

But then another knock on the door..

Another neighbor telling me that I should go outside because the restaurant next door used a fumigation service due to cockroaches.

And somehow the smoke from the fumigation go up into our building.

So I take my drink and walk outside…

Down the stairs in front of the entrance where I see at least 30 cockroaches.

Now I knew we had cockroaches but I didn’t know it was this bad.

By the end of the night, maybe there were at least 50 that were killed off inside our building.

Regardless, I’m outside and chatting a bit with a few of the folks I know from the same building.

And to the side of me is another American name Alex.

Or I think that is his name – I’m great at remembering everything but names.

Well, I start a conversation with him but immediately remember he is American like me.

“Ah fuck, wait, no, you speak English.” I mumble as I remember he is American also.

And really the only person I can remember speaking English with for a long time now.

Literally he is the only person I have spoken English with for at least maybe a year or more.

You know, 99% of the people I speak or hang out with down here is in Spanish.

Not saying there are no Mexicans who speak English.

But I just never have too many folks ever speaking English with me – not that I can remember anyway.

Regardless, we get talking about the cockroach situation and then the conversation turns to an interesting story of theft.

With his approval, I decided to publish his story just to give another warning to foreigners thinking of traveling down here.

Because while most of your days in Mexico or Latin America will not likely consist of being a victim of crime..

So here’s the story of someone he knew who got robbed in Mexico.

Theft in an Uber

So the story was this…

Alex, who has about a month or so in CDMX now as he just arrived recently…

Is another American from Florida who decided to travel around Latin America now.

Is a young guy about 25 years old.

Who ended up staying at a hostel first in Mexico City.

While there, he met another American from Chicago – an Asian guy who decided to take a relatively short trip around Mexico.

First to CDMX and then Oaxaca City.

I don’t think I’ve heard of an Asian guy named Frank before but also I haven’t heard many people called that either.

But still – Frank just arrived to the Mexico City airport and got into an uber to go to the hostel where Alex is.

And while in the Uber, a police car stopped the vehicle for whatever reason.

After doing so, the police officer – let’s call him Pendejo – asks Frank to get out of the police car.

Pendejo – if you didn’t know – is a very popular name in Latin America these days among the millennial generation.

That’s how I know about it.

So either way – Frank gets out of the car and Pendejo asks to see his ID.

And then asks to see his wallet as Frank pulls his ID out from his wallet.

In giving it to the cop, Pendejo takes out all of his money from the wallet and gives it back to Frank.

Frank never got his money back and also didn’t speak Spanish supposedly.

So it wasn’t like he was able to defend himself very well.

Either way, Frank went on his way to the hostel where he was going to.

And the hostel people told him how to do something about it.

That “here’s a number you can reach out to and report it through official channels.”

Which is what Frank did.

He supposedly had a few meetings with different people in suits.

Alex didn’t know if these people that Frank talked with were employees of the same police department or some separate independent group that could somehow hold Pendejo accountable.

If I had to guess – I’d say Pendejo is still out and about this day robbing people and doing pendejo things.

And Frank never learned if Pendejo was fired or not supposedly.

Either way, that’s the basics of the story.

Frank from Chicago showed up to CDMX – and in probably an hour or less of getting into an uber after arriving to the airport – got robbed for 300 bucks by the police and may or may not have been able to hold Pendejo accountable.

Did he ever get his money back? I forgot to ask but I doubt it.

I doubt the dudes in suits that he talked with had money available to give Frank.

I’d be greatly surprised if that happened.

The story ended there.

As some “civil protection” agents showed up to document the situation with the fumigation.

All the while some fresa seeming Mexicans in the crowd were concerned about going back in because “is the fumigation dangerous?!?”

Well, seemingly fresa to me – it didn’t seem like an issue to me or to Alex.

But I’ve dealt with fumigation issues before as you can read about here..

And have encountered plenty of bug issues in Mexico – arguably the worst country I’ve come across in Latin America when it comes to bugs – as you can read about here.

So none of it seemed like a big deal to me.

But the civil protection people assured us it was fine and pissed off.

What a nice welcome though to CDMX!

Getting robbed in probably 30 minutes more or less after arriving.

But also the fact that there was some formal process that Frank went through – with interviews and all?

That was surprising to hear.

Like fuck off – he got to talk with people?

At least some degree of accountability.

Though I do wonder if it is typical BS accountability that you find in Latin America – processes and all that make it look like shit will get done or folks held accountable.

But then nothing ever happens.

“Shit in one hand and wish in the other and see which one fills up first.”

Who knows – but the simple fact there was any formal process did seem kinda impressive.

Now, you can have formal interviews to make it seem like there is accountability.

Give CDMX another 10 years and that accountability after the interviews might actually exist.

Which reminds me of a friend of mine – a Canadian named Doug – who is a little bit older than me and told me that CDMX was a much sketchier place in the 90s when he was here then.

So yeah – baby steps and all – little by little progress in things improving.

But then on top of that – that after Alex’s story was over – we had civil protection agents show up to document everything to do with the cockroaches.

That was also impressive.

I guess maybe I’ve spent enough time in shittier neighborhoods around CDMX and other parts of Latin America that something like that would seem impressive to me.

There is a difference between the neighborhood we are in and other areas I’ve lived in.

Like when Alex was telling me how he found the roads to be more or less decent in the area we are at.

And he was going about why – “well, they have this and that….”

And it was a bit funny to hear it – I immediately thought “we need to get you outside of this neighborhood and show you around.”

To areas – most of CDMX that I have seen – that are not as nice road wise.

But mix that in with the civil protection service…

And it really brings in a broader point to be mentioned…

Which is that I spent about a year and a half outside of these nicer areas of CDMX and living in crappier areas for the most part.

Mostly because, as I wrote about here, I spent most of my first year in CDMX partying and not making money.

Then ran out of money and had to get serious.

And basic ass shit does impress you – services that isn’t as high quality as you get in the US but are nicer than what you get accustomed to seeing elsewhere in other parts of Latin America.

But that also touches another point – that not all of Latin America is the same and there is quite a bit of variety in the experiences you will have depending on where you end up.

Though either way – to end up in these nicer parts as I have for the last handful of months or so more or less – and there is a bit of an adjustment to nicer some aspects of life can be up here.

Adjustment in the sense of just being nicely surprised that not everything is full of shit.

Though, on the other hand, as a last point, areas like where I am now do attract more “fresa” types and that does annoy me a bit.

But either way – nothing is perfect.

Anyway, that’s a bit of a two for one in terms of two stories in one article.

With a few bigger points brought up.

Got any comments or questions?

I have been examinating out many of your stories and i can say clever stuff. I will make sure to bookmark your website. Sammy