Being Run Over By Your Cocaine Dealer in Puerto Rico 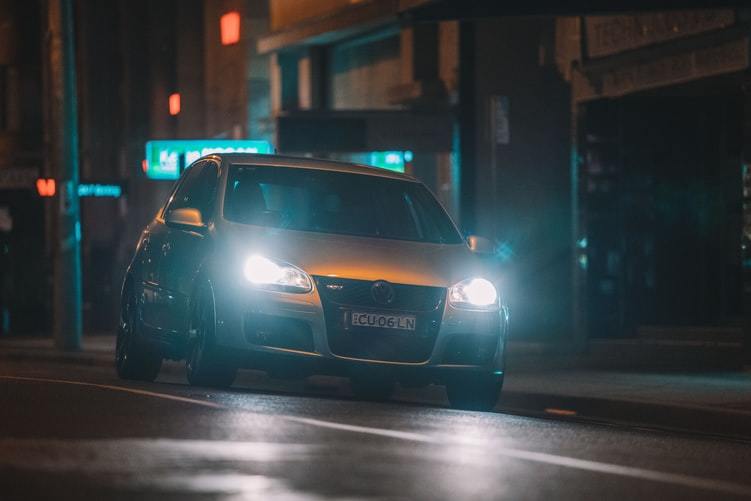 Just the other day, I got talking with a neighbor of mine named Alex in Mexico City in my apartment building…

He showed upstairs to make some coffee and we got talking about life in Latin America.

Alex is more familiar with Puerto Rico and now is spending time in Mexico City.

And it is always nice to talk with other Americans about life down here when the opportunity arises – rare for me in my total amount of time here and so it can be fun.

Anyway, Alex got talking about a story of his that comes from his time working at a hostel in Puerto Rico.

Of another American man getting murdered by a cocaine dealer.

So what happened in his words?

Working at a Hostel

So, from what I remember, Alex told me that he was working part time at a hostel in San Juan, Puerto Rico.

He told me that people can “work” at hostels without needing the legal right to work in that the hostel will have you work part time like 20 hours in exchange for a free room to live in for staff and maybe some food.

But regardless, I guess it is cool if you are young.

But going back to the story…

Supposedly there was an older American man in his 40s.

Alex doesn’t remember his name but let’s call him Richard.

Who is remembered as always looking like a very typical tourist with the Hawaiian shirt and all.

Anyway, Richard was supposedly quite well liked within the hostel – always engaging and even generous at times with liquor.

Where on the last night anyone remembers him…

He got trashed by drinking a shit ton of liquor.

While offering some drinks to everyone in sight.

Now as he was about to leave..

Richard, as I said, was apparently quite drunk.

And was now headed to a bar from what I was told.

To an area of San Juan known as La Plazita.

A Night in La Plazita

According to Alex, La Plazita supposedly has quite a few bars in the area – maybe 30 or so around the area.

Quite popular for nightclub and apparently quite close to the hostel.

So once there, Richard apparently found the some sketchy looking guy in the bar he went to for buying cocaine.

And apparently bought all of the cocaine or a lot of what the guy had and enjoyed it.

Before the guy he found offered to take Richard elsewhere to enjoy some more cocaine.

But then what happened afterwards?

From what I can assume, I guess Richard must have went with someone to the bar where he had his fun.

Maybe not – I assume so since we have all of these details.

Though Alex told me that the cops knew a bit up to that point and perhaps video evidence might have cleared up what happened.

Though what happened afterwards once Richard left with this dude to some more private place?

Not too many people know apparently..

But what we do know…

Is apparently there is video evidence showing later Richard getting pushed out of a vehicle.

Before being run over repeatedly two or three times before the car went away somewhere else.

Apparently, Richard didn’t die right there after being run over.

He was taken to the hospital.

And even lived long enough for his daughter to be able to travel down to see him in Puerto Rico at the hospital.

However, Richard ended up not surviving the injuries.

Now at the hostel…

Alex remember the police coming by and being confused about what a hostel was and asking details on that..

To also just any relevant information on what Richard was up to prior to leaving the hostel.

Asking for footage of him from the hostel cameras from what I remember being told.

And also being very open to what happened to Richard to the hostel staff that they were talking to.

Soon enough, the hostel staff noticed that there was a locker that was locked in the hostel…

And they checked it after getting it opened…

It happened to be a backpack belonging to Richard!

Which happened to have a gift for his daughter and also some adderall apparently.

Did anything ever happen to the criminal or criminals involved in killing Richard?

From what Alex knows, he’s not sure but doubts it.

But anything is possible, of course.

All of which this happened by the way supposedly around late January to early February of 2020.

And that’s the story.

So what are my thoughts on the story?

Well, first, I need to find the article again that is online that is about this story. Alex sent it to me once some time ago but I will post it here when I find it.

Second, it’s not necessarily a surprise that the criminals might not have been caught.

Though, according to Alex, the cops are much more professional in Puerto Rico than in other parts of Latin America.

Being very doubtful of cops in Latin America, I’m not entirely convinced by that but I could see that.

I haven’t been to Puerto Rico though up to the date of this writing.

So I will leave my preconceived notions about the place at the door – just that it is rare to find a place in Latin America from my experience where the cops seem decent.

Now, in regards to what happened to Richard…

I suppose it is a question…

Why was he run over?

It’s all speculation as far I am concerned since nobody else was there supposedly.

Or maybe they kidnapped him and took him for a ride trying to squeeze more money out of him against his will.

And maybe didn’t have the cash they wanted and figured to end his life.

Though the last scenario doesn’t seem likely in my mind because I imagine there would be some hesitancy to kill him out of concern for getting too much attention from authorities.

As Americans or foreigners getting killed down here do, in my opinion, run a greater risk of getting picked up by international media than if a local was killed.

But it’s all speculation, as I said, as to what happened to him specifically in his final minutes.

And those are my thoughts anyway.

Got any comments or questions yourself?