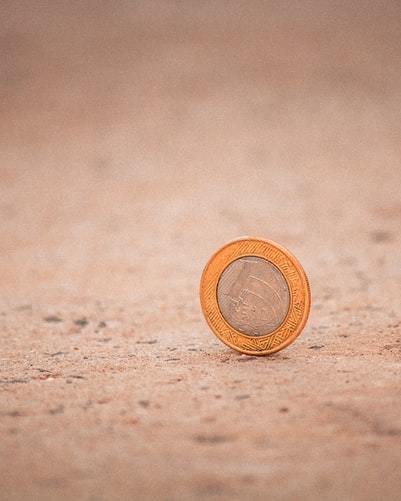 When living in Latin America, there is a minor issue you might come across that I have noticed anyway.

Which is that sometimes you might have issue with currency bills in different ways.

Now what do I mean by that?

Well, there are times where things can be annoyingly complicated when dealing with cash in general.

Either be it currency from your home country (like USD) or with the local currency.

A good example of that which I already wrote about is in this article here….

About my time trying to exchange USD on the black market in Argentina.

But that’s not the only annoying thing that can happen.

Overall, this is a relatively minor issue that you may or may not encounter while down here…

But it does deserve a minor mention I suppose as an issue in of itself.

Where you simply have complications dealing with currency down here.

So let’s go into a few examples of what I have seen personally.

And if you got any other examples yourself or want to expand on some of the examples brought in this article..

Thanks and let’s briefly cover this now.

Back when I was in Guatemala for the first time years ago..

Well, I brought with me some USD that I had on person that I could always exchange at a local bank if I wanted or needed to.

So I decided to at one point by taking some of my money to a local bank in a Guatemalan city called Xela.

Took probably about 100 bucks more or less to the bank..

And gave them my US dollars to exchange to the local currency..

And what they did was basically evaluate each bill for any minor imperfection.

They would put it to the side and not accept it to be exchanged.

I would probably get about 60 to 90 bucks exchanged at a time.

Just depending on my luck and how bad the bills looked.

And I noticed it was really dependent on the person evaluating – some were more liberal than others in terms of what imperfections were acceptable.

And keep in mind that was one of my first trips to Latin America and my longest by that point in time.

So I left Guatemala thinking that must be how it is done elsewhere in Latin America and the world – only perfect looking bills can be exchanged.

Well, I was inexperienced then and learned many Latin countries don’t have exchange houses and banks acting like that.

Guatemala is one of the few where I noticed that to be the case.

And why do they do that?

I literally have no idea.

Over the years, I thought about it and assumed it was just a case of the locals trying to appear more sophisticated by putting in bullshit procedure into something that isn’t necessary.

“Oh look, we have a sophisticated process for how we accept bills! We are very educadooooo! We have a process!”

But, in all honesty, there is probably a real reason for it.

I couldn’t find an answer.

If you know the reason, leave it below in the comment section. I am genuinely curious.

And also watch this video here – I found the whole video interesting but apparently he had a similar situation in Paraguay.

Another issue I find specifically in Mexico City…

But I imagine is probably similar in other countries as well…

Is trying to offer a higher currency bill for goods and services down here.

In Mexico City, one of the highest bills is the 500 peso bill.

I think they have a 1000 peso bill or so I heard but I have never seen or had one.

Either way, in common use, the 500 peso bill is more often used as one of the largest currency bills.

But in the exchange rate, it only translates to like 25 USD more or less.

Which just isn’t that much money.

Try offering 25 bucks in the US for goods or services and see if you have issue offering it to purchase something.

It doesn’t happen – no issues happen.

But in Mexico – issues happen.

Just the other day, I went to an Oxxo.

Which Oxxo is like this common small store scattered around Mexico that offers basic shit to sell – chips, candies, drinks, beer, etc.

And it is everywhere – I mean, this isn’t some small ass mom and pop store.

So they have money.

Either way, I went to an Oxxo closest to me the other day in Mexico City…

And offered to buy about 70 pesos worth of stuff with a 500 peso bill.

But the lady rejected it and said they don’t have change for it!

Now I didn’t want to be an ass to her and be a smartass asking how a store like Oxxo doesn’t have change.

Either she doesn’t or it is store policy to reject a number of 500 peso bills per day to make sure they don’t use up all their smaller change.

But given how small the 500 peso bill is in USD…

To a gringo like myself, it just seems stupid that a larger company like Oxxo doesn’t have change for a 500 peso bill.

I never understood that.

So even though I had other bills in my pockets…

I pissed off to find another nearby Oxxo and didn’t have issue breaking the 500 peso bill for the same things I wanted to buy at the first Oxxo.

But again – it just seems ridiculous that so many larger Mexican companies don’t like the 500 peso bill.

And not just Mexican companies that feel this way but Mexicans in general I found.

I remember a friend of mine named Angie years ago had to get some money out of an ATM machine before going out for a night of drinking.

When the machine gave her nothing but 500 peso bills and she yelled “noooo!!!! Puta madre!!!”

Or something along those lines.

It really feels like nobody in Mexico wants the fucking 500 peso bill – or at least in my experience anyway.

Even though, again, it is literally nothing but fucking 25 dollars worth.

But it is what is.

And like I said, I imagine this same issue exists in other Latin countries as well.

I remember I had similar issues to a degree in Colombia anyway.

So you get the idea – at times you might have black market exchange rates for the USD that offer better exchange rates than what ATM machines give you.

Can be the case in Argentina and I heard Venezuela also…

So if you want more insight into that, read this article here.

Another issue you will find is the issue of fraudulent bills.

In Mexico, it’s quite common I found for Mexicans to be checking larger bills or like 500 to see if they are fake or not for obvious reasons.

Also, though I have never been scammed before by getting fake bills…

I have heard it happens.

Apparently it is a more common issue in Argentina with taxis insisting that the bills given to them are fake.

And then threatening you with cops unless you give them more money.

Even when the initial bills you gave them were not fake.

Here’s a funny video (that looks scripted but gets the point across) that illustrates this.

But it’s not unique to Argentina anyway…

You know, crimes and fraud regarding the local currency happens in any country in the world.

So just keep that in mind.

This is another brief one to mention…

But sometimes you will encounter locals who…

Once upon seeing you are white…

Will assume you are a foreigner (which is most likely accurate)…

And will try to charge you in USD for the service or good they are offering.

Now most locals don’t do that.

From what I have seen, it’s a little more common among those dealing with offering apartments to rent out.

But overall, it makes a very small percentage of the locals offering goods or services.

Of course, the issue with them asking for a price in USD is that, from what I have seen, it is more likely they are charging you more than what they would to a local.

This tends to be, but not always, a local advertising their services or goods in English because they want to break more into that expat market of foreigners with more money to spend.

But not everyone asking for USD or offering stuff in English is trying to fuck you over on the price.

However, at this point, if a local were to offer something in English or in USD….

That’s almost a guaranteed way for me to mentally block out anything else they have to say and refuse whatever deal they want and go somewhere else.

I’ve simply seen too many try to offer shit deals doing that.

And they act retarded as such treating you like a fucking ATM machine thinking you will just piss out more money for their service than a local would.

So it tends to rub me the wrong way.

But not every local is like that when offering something in USD or in English..

Just keep that in mind but be cautious with these types, in my opinion.

So that briefly covers the main issues that come to mind when it comes to issues regarding currency down here in Latin America.

Or if you have questions also.