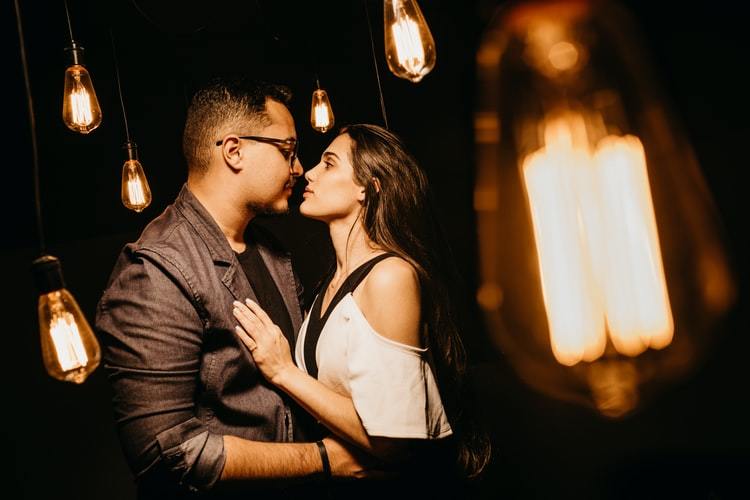 Since all of my dating content on this website is in regards to the experiences of men dating Latinas down here….

I figured I might as well get another foreign woman who lives down here to give me some insight from her perspective on what it’s like to date as a woman down here.

Of course, her experiences may not reflect the experiences of everyone as mine probably don’t.

So this is just the experiences of one person – a Canadian chick named Ashley.

Who was a chick on a expat forum that reached out to me when I was asking around if someone would do a small chat about this topic.

We basically just had a normal chat about it and I wrote down whatever she said.

Her thoughts are included below from my notes.

So let’s begin by breaking down the positives, negatives and general experiences.

The Positives of Dating Latino Men

So there are different benefits that Ashley mentioned in regards to dating Latino men down here.

Some of them are benefits you’d find also as a man dating Latina women.

When traveling around Latin America, you don’t always have a bunch of foreigners from the same country that you are from in your specific area.

Like if you were in Oruro, Bolivia – you might have more difficulty finding some foreign men to hookup with or date.

Whereas if you are in Mexico City, that is less of an issue.

Second, if you are looking to learn or improve your Spanish – dating a local can help a lot with that.

Which is actually something I’d agree with as I wrote about in this article here.

Where my experience dating a Colombian chick named Marcela helped me a lot with my Spanish.

While before it was conversational but then dating a local just shot it through the ceiling in terms of how much better it got.

Third, it can be a benefit to date down here if you happen to like Latino guys.

As she said, she doesn’t necessarily have a thing for Latino guys or like them any better.

But some chicks might so that can be a benefit for some.

Which is something I would agree with – it’s somewhat of a belief that the sex tourists running around this region are only men.

While most are men from what I have seen – there’s definitely some foreign women down here who want some dick from the locals.

It’s not common though -- but I do remember one chick I met in Colombia who was American.

Who, in her words, wanted to get married to a local in a year or two.

Last I checked, I think she did end up marrying some local guy down there but it wasn’t the boyfriend she paired up with initially years ago.

So I would agree with that also that some chicks are down for that.

But now what about the negatives….

The Negatives of Dating Latino Men

The first negative she mentioned – they can be short.

Which, to be fair, I’m not sure how tall Ashley but when I met up with her…

If I had to guess, she’s probably 6 foot tall more or less.

So that complaint makes sense.

But also it’s not unusual – I have a friend named Angie who is Mexican and is my height at around 5’9 and also complains about Mexican men being short.

I’ve heard that complaint actually from most Latina women I have gone on dates with who were close to my height or exactly my height.

But also I’d imagine anyway it depends on what city you are in – Guadalajara vs a San Cris, Chiapas.

Anyway, a second complaint she mentioned was in regards to “immaturity.”

Now asked on what that meant…

Her complaint had more to do with her difficulty finding a local man who has a good paying job and doesn’t live with his parents.

Now when asked what she did for a living – she told me she works in teaching English online and makes around 1,500 a month.

I’m not sure if those are Canadian dollars or USD but I would guess Canadian.

Either way, if Canadian, that would mean she earns maybe 1,100 USD more or less per month.

Which is definitely not a lot in American or Canadian terms but it is decent money down here for the most part.

And is definitely a lot more than what a lot of the local men make – where most jobs offerings I have seen outside rarely go above 6000 Mexican pesos or like 300 bucks a month.

But then also she complained about how it’s common to find a Mexican guy who still lives at home with his parents until his mid to late 20s.

Speaking from my own experience by the way now…

That’s not unusual for sure, I don’t think – I’ve seen plenty of Latina women who still live at home until their late 20s or more rarely even early 30s.

But I also think it depends on what part of Latin America you are in.

Versus the women I have met in places like Barranquilla, Colombia or Cochabamba, Bolivia.

So with anything in regards to Latin America, it varies by the country and city as Latin America is not all the same everywhere.

And when I brought that up, she agreed.

And she has traveled around too from what she told me.

Anyway, another complaint she had was not really about her she said…

As she claimed to speak Spanish.

But that if you don’t speak Spanish then obviously you will have issues dating down here as not everyone does obviously.

But depending on what city you live in, your mileage might vary.

Finally, she complained about how she often notices the local men to be immature or not grow up as quickly – too much drinking and not being serious with life.

Either way, these are all just her opinions.

But let’s end the article on a final note.

As with myself in my About page…

I like to mention where I have been to in Latin America and for how long.

So that way you can get an idea of where I am coming from since my experiences are reflected in where I have been as not all of Latin America is the same.

For Ashley, she has been to…

Got any experiences with this topic yourself or any questions?