How Cheap is it to Live in Latin America? 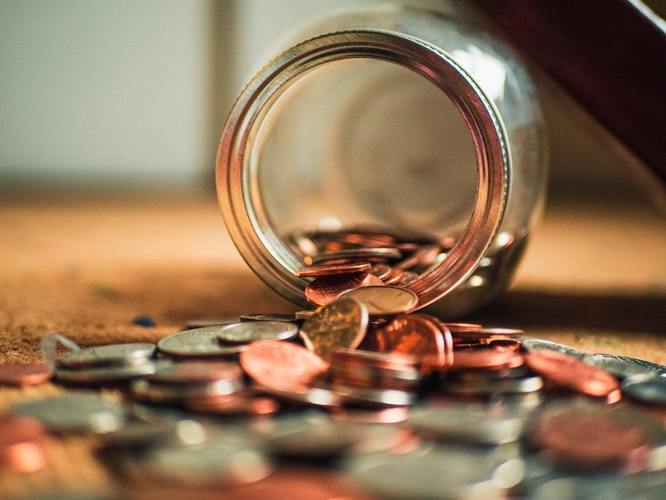 “Live in Panama for under 500 dollars a month!

“Live in Mexico for under 300 dollars a month!”

“Live in Ecuador for under 200 dollars a month!”

“Live in Nicaragua for under 100 dollars a month!”

“Live in Bolivia for under 50 dollars a month!”

“LIVE IN A FUCKING CRACKHOUSE IN VENEZUELA FOR A TENTH OF A PENNY A MONTH AND GET SHANKED IN THE KIDNEY!”

But hey, who needs a kidney?

Joking aside, you have seen shit like this before.

While you have peasants cooking you food and cleaning your underwear for 1 penny a month!

And hot Latina gals showing up to suck yo dick everyday for just another penny a month!

Another penny a month to have the Latino version of Chef Ramsey cook you food.

A penny for rent…

And an extra penny for all your other expenses.

But is it true?

Well, you get what you pay for.

But it is cheaper.

With my personal experiences (coming as someone who is a little bit of a minimalist to be fair).

Was in Cochabamba, Bolivia.

Back when I was a bit younger.

Back then, I paid to live in a homestay.

Which means I get my own room with my own bathroom and a shared kitchen for, if I remember right, like 150 bucks a month.

And that 150 bucks included 3 meals a day technically but I only got 1 meal a day initially.

You see, my first homestay never gave me the extra 2 meals because fuck you gringo.

And, for whatever reason, I never had any other meals during that month so I ended up losing literally about 10 pounds or more.

Well, that ended quickly and I got placed into a second homestay where they fed me 2 meals a day and they were decent sized meals.

So my revolutionary weight loss program came to an end…

I probably spent about 200 to 250 USD at most a month living in Bolivia during that time.

But now moving onto…

I ended up spending some months in the capital, Buenos Aires years ago.

And back then, they had a black market exchange rate for USD to Argentine pesos and an official one.

To exchange on the black market rate, you would have to go to a place called Florida Street if I remember right and pick any one of the people yelling CAMBIO CAMBIO

And the black market rate was around 15 and the official was around 9 pesos to the dollar.

However, I also had a homestay during that time in Buenos Aires, which made it cheaper…

But I remember apartments back then were like 600 to 900 USD in more favorable areas.

If I didn’t live in a homestay, I’d say that probably my monthly living costs back then would have been higher at around 1,300 to 1,400 USD a month.

Nowadays, the Argentine peso, as of this writing, has crashed from what I heard and it is insanely cheap.

I don’t know from experience but that is what I have heard.

When I was in Guatemala for some odd months, I didn’t go out too often or did much.

In hindsight, I wish I had but it was the first Latin country I lived in for more than a week all by myself and I was a bit younger.

So taking the jump was enough out of my comfort zone back then anyway.

Regardless, my situation was similar to Bolivia.

Back when I lived in Colombia, I decided to ditch the homestay thing.

And also because it is easier to fuck a lot of chicks without a homestay family watching you bring in Latina #41,526,301 into the home.

Either way, I stayed in a nicer part of a city called Barranquilla.

And I was a bit more active.

I took taxis everywhere – probably 3 to 4 times a day.

Always ate out – never at home.

Constantly going to bars and clubs.

Back when I first moved to Mexico City, I was running at around $1,000 USD a month more or less.

Which is the most I have ever spent living down here.

At $1,000 USD, I honestly never needed to spend more than that. I was always very comfortable.

Then I started to notice that I was running out of money quicker than desired and cut expenses to $600 USD a month.

Which I was still fairly comfortable with and having a great fucking time.

And I cut my costs down ultimately to around $300 bucks a month.

Living in a shit area of the city and not having as much food per day.

But it wasn’t as ideal.

But also keep in mind I’m a little more minimalist in mindset.

If I really wanted to “make it rain” so to speak in Mexico City – I honestly couldn’t see myself spending more than $1,500 USD a month.

That would include more trips to the bars and probably a trip or two per month to some nearby Mexican city like Cuernavaca or whatever..

And more eating out I guess.

But I really can’t see why you would need more than $1,500 USD down here as a single guy.

Just seems excessive to me.

I have also spent close to a year in Pachuca, Mexico.

A small, non-touristy city of Mexico.

It has its charm and the people are nice.

But there isn’t much to do there.

I spent about $450 a month there and was very comfortable.

Lived in an apartment near the Historic Clock they have and ate out often enough.

Had plenty of booze.

But it might not be in the best neighborhood and is probably unfurnished.

For a better house to rent out, you know I saw one place that looked fucking awesome at around 14,000 pesos or roughly $700 USD per month.

And it was pretty dope.

So How Much Does it Cost, Jack?

Is because this is a big fucking region.

The question itself “how much does it cost to live in Latin America?” is fucking stupid.

Imagine asking the same question for the US – just one fucking country.

I’m from a small town in Iowa – cost of living is low there too.

But is a small town in Iowa as cheap as Manhattan, NYC or Los Angeles?

I got a friend around my age named Michael who lives in San Francisco.

He lives on government support because, no offense to him, he’s too fucking lazy to get a job.

But he lives there and despite having government supports, claims that his rent is like $2,300 USD a month or some shit.

Even in Iowa, we don’t have shit like that for just a some ass crappy apartment that yo local crackhead gangbanger would live in.

“But Matt, San Francisco is the shit! We have celebrities and stuff!”

And probably homeless crackheads as far as the eye can see..

And high taxes if you actually make any real money.

At least that is what it looks like to me as an outsider to California.

You get the point.

Don’t you think it would be the same in Latin America?

An entire big ass fucking region of so many different countries?

I do think, in most cities of Latin America, that you can pull off living comfortably under $1,000 USD.

And maybe Santiago of Chile?

But in most areas of Latin America, living costs under $1,000 USD is definitely possible I would guess.

Keep in mind one thing…

You Get What You Pay For

Every apartment I have had in Mexico City has had issues.

With constant mosquitos, chipped walls and floors, to broken windows, to cockroaches, to homeless crackheads nearby on the street to whatever the fuck else.

Again, you get what you pay for.

Just don’t fall for the fucking fantasy that you can “live like a king” for 1 penny a day!!!!

Is it cheaper than the US though?

If I was to try and live in a big city like Mexico City..

It’d probably be some place like NYC I’d imagine..

And then you ask the question “how much would everything I pay for in Mexico City cost in NYC?”

And then you get the obvious realization that – yes – you can’t live a fun life in NYC on just $800 USD a month.

That covers rent, food, lots of liquor and black tea, transportation money, going on dates and whatever the fuck else.

And if I wanted to move to a small town in Latin America..

All other costs considered, my overall budget would be maybe $300 bucks or something.

Which, if we are comparing that to a small town in Iowa, it still turns out to be considerably cheaper.

So it absolutely is cheaper.

Just don’t be naïve as in terms of the costs.

There is one last point that needs to be made.

Just How Minimalist Are You?

Where cost of living isn’t too high…

All the while spending his days drinking himself silly and chasing pussy on the side after his few hours of work per week are done.

Anyway, not everyone down here likes to live a more minimalist lifestyle of cheap rent, booze, pussy and that’s it.

Others have bigger expenses.

Or if you are just older in general and have never spent time down here and have bigger expectations.

And also maybe you are just too scared shitless to ever live in a neighborhood or city that isn’t touristy.

And you are treating life down here like if the very second you leave your gringo bubble neighborhood that you will get ass raped by a bunch of crackhead homeless aids-infected, zika-infected, covid-infected, ISIS-affiliated hooligans.

So if you are like that, well then your expenses will be higher than mine of course.

You know, you got people for example in Mexico City who never take the metro and always opt for taxi.

If you do that every day, your taxi costs are probably higher than my rent maybe.

But either way, you get the idea.

Your costs will vary also.

Anyway, if you have any experiences yourself living down here and with the cost of living..