Sex in the Last Subway Car of the CDMX Metro 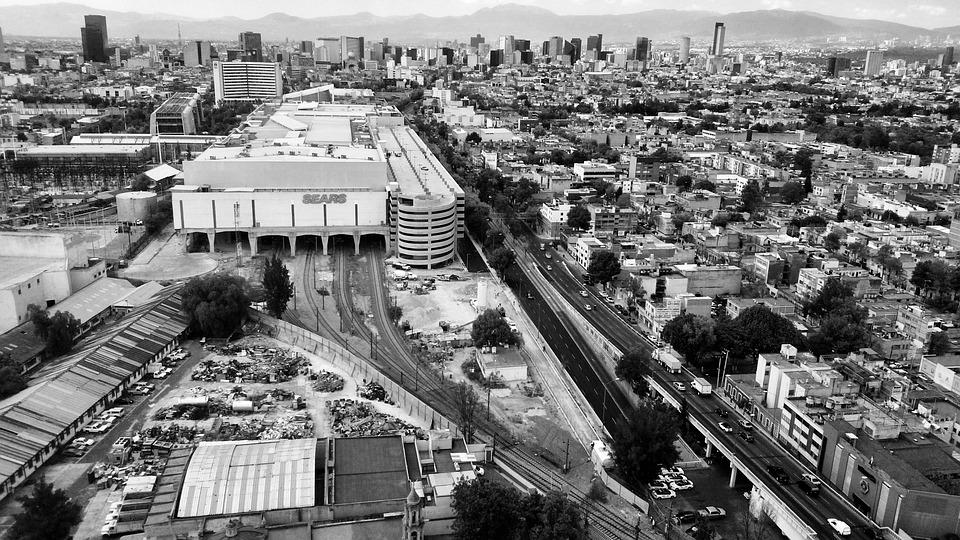 It was 3 PM in Mexico City.

Sitting in some random park with a random chick I met from Tinder, we began making out.

We eventually ditch and head towards the metro to take her quickly back to my place as we met up a tiny bit away from where I was living.

Once in the metro, I take her to the last subway car.

To my luck, there was only one person sitting in the same subway car and they looked to be sleeping or at least had their eyes closed.

We sat all the way down the same car as far away from them as we could.

Unfortunately, we didn't have that much luck.

We were only able to fool around a tiny bit.

Making out, grabbing her tits a bit, her grabbing my cock underneath my pants, etc.

But it wasn't like I was able to just bend her over right there and fuck her throat on the train.

That would have to wait until another 5 minutes as we met up not too far from Metro Juanacatlan where I was living at the time.

Once we got back to my place though, we did our business and that was it.

But, to be fair, it wasn't like I was the one who came up with the idea.

While this happened some few years ago, I have since seen others try to use the "last subway car on the metro" as a way to find a spot to fuck around with someone.

Personally, I always preferred "the last subway car on the metro" simply because it was the most likely space for me to get a fucking seat to sit down on.

Especially if the train ride is going to be long.

Got to grab their hand, march them forward and say "if I'm doing this, you're doing this."

Actually, it's not that big of a deal but some do truly dislike having to walk that much just for the benefit of having a seat on the metro.

Still, in my days then of preferring "the last subway car on the metro," I have had several moments over the years in which I uncomfortably have seen couples trying to smash ass or something like that on the metro.

For women who are riding solo that didn't get on the female only car, it could be a case of some random ass dude sexually harassing you actually.

If not that, then you just might be a witness to some awkward couple trying to fuck behind your back but not being very sneaky about it despite thinking they are being sneaky.

I've had a few random moments like that especially in the last month of August.

In fact, in this month of August of 2022, it almost feels like everyone and grandma is trying to fuck in public in front of me down here in Mexico City.

As I wrote here for example, I literally stumbled across some random ass gay couple after getting in "the last subway car of the metro" where one dude's cock was being jerked off by another dude.

Suffice to say, I immediately left the fucking car.

In another incident about a few weeks to a month before that, I was again sitting in "the last subway car of the metro" where there was this gay couple sitting across the aisle behind me.

But close enough I could see them easily enough.

Thankfully, I couldn't really see what they were doing as it wasn't literally right in front of me but it was pretty obvious given the dude kept looking back at me like literally 20 fucking times.

I didn't say anything but it also came to an end quickly enough after I finally realized the dude was just checking to make sure I wasn't looking.

Once we reached the next station, some other people got on the train and that was that.

But that, in of itself, is a pretty obvious sign that some couple -- gay or straight -- is fucking around.

And actually it is quite common enough for this to happen.

In my years of using the metro in CDMX (about 5 now), I have almost religiously always gone to "the last subway car of the metro" to guarantee that I'll get a seat.

Only like twice because I have a chick with me that I feel like fucking around with in the moment.

I don't find the metro actually to be the most enjoyable place to fuck around with in public given the obvious issue of that you only have like 2 to 3 minutes until you reach the next metro station and probably someone will come onto your car to see you two.

I guess if fucking around in public, in of itself, turns you on because of how its different or whatever, then I can see why you'd try fucking around on the metro.

But I almost never go to the last subway car for that reason.

Just to get a seat if I know if it's going to be a busy hour.

But, because of that, I have had a few awkward moments where I'm on the train at some stereotypical time like 11 AM and being drunk to which I finally notice some odd fuckery going on in the end of the train.

Be it gay or straight couples.

In fact, if you look it up online, there's a few articles written by mainstream media in Mexico about this.

There's only two things I'd add to that article though.

For one, it makes it seem like it's a thing only gay people do.

Fuck in the last metro train.

Plenty of straight couples fucking on the train also.

So I guess it's not always bad as long as I'm enjoying it.

But, having said that, I also want to emphasize that it's not actually as common as some Mexican news articles make it.

Again, coming from the King of using "the last subway car in the metro," I almost never see anything sexual happen.

It's one of those cases where the mainstream media in Mexico -- like in any country -- does overhype it a tiny bit every once in a blue moon for those clicks.

Thankfully for all of our unprotected eyes, we don't actually have to watch strangers fuck on the metro when using "the last subway car of the metro."

After five years of using the metro in CDMX, I'd guess that maybe I've seen something suspicious happen (be it gay or straight) at least 7 times (or whatever).

And, like I said, it's actually slightly more common for it to be some straight couple than gay one (but basically 50/50).

If you count the degenerate gringo such as myself, then i guess even slightly more than 50/50.

So it's not a unique concept to just gay people in Mexico City.

A lot of people who use the metro in CDMX know about "the last subway car of the metro."

And, for other degenerate gringos out there, I suppose it's a little tip for you all also, right?

If you are looking to fuck your Mexican tinder date or girlfriend in public, where should you go?

Well, like I said, I haven't seen anyone pull off straight up fucking in the metro given the train gets to the next station pretty quickly.

If you happen to be on a metro train at 10 to 11 PM at night on a Sunday on a route not very popular like maybe starting from Ciudad Azteca or Martin Carrera Metros and then head south and then IMMEDIATELY get your business going while in "the last subway car of the metro" and you happen to have the train malfunction and stop half way to the next stop where you have to wait 40 minutes to arrive?

Anyway, you get the idea.

Not rare like I said before but is one aspect of using the metro in CDMX.

PS: For those who want proof that this happens, here's a random video I found on Youtube of some degenerate ass behavior going on in the metro. You can bleach your eyes afterwards.