Save Your Water for Earthquakes or Water Shortage in Mexico City 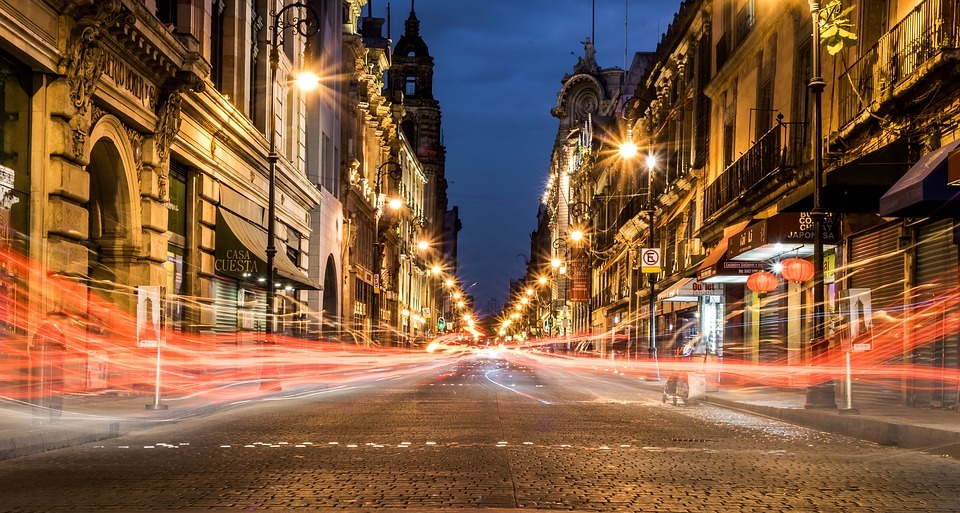 About a month ago, we had an earthquake warning in Mexico City.

It was the first time in many odd months where I actually heard the warning go out.

I was laying in bed and happened to wake up some odd minutes before the warning came.

And I’m in my bed trying to go back to sleep but just can’t because the neighbors next door at making noise.

In particular, there’s some dude who looks to be in his 30s who, on a daily basis, makes a “HE HE HEEEEEE” noise at least a few times a day at random times.

Not sure if he’s retarded but that’s not the point.

Anyway, the warning came randomly and I recognized it right away.

Got up and walked outside with my keys near the front gate of the house.

Thankfully, the earthquake itself wasn’t much of anything because we didn’t feel it.

It happened to occur close enough to Mexico City where we got the warning but it really wasn’t meant for us, I suppose.

Granted, I live in a part of Mexico City built on volcanic rock as I wrote here so the impact of any earthquake isn’t as easily felt where I live versus your typical gringo living in areas like Roma Norte where the land is more easily impacted by earthquakes.

Anyway, after a few odd minutes, I went back inside the building along with my neighbors.

Went right back to bed.

After I woke up a few hours later, it was time to take a shower.

And, to my surprise, the water wasn’t turning on.

Now, for those who don’t know, Mexico City is prone to water shortage issues as you can see here.

Having said that, any moments of water shortage are quite rare for me over the years here (and believe me in saying that I’ve lived well outside the nice and touristy areas).

Still, why was the water off when I went to take a shower?

Well, I’m still not sure why that particular day involved no water in the building.

For one, it could’ve been the earthquake.

While I didn’t feel it, perhaps it fucked up somehow the water supply to the building.

Though I’m not sure how it could’ve done that, it’s entirely possible from what I’ve heard from others.

On the other hand, perhaps it was just another moment of a water shortage where something in the infrastructure in Mexico City required the water to be shut off for the day.

Still, I wasn’t going to let this water shortage fuck up my day.

Be it planning around the locals showing up late to everything to taking more precautions to protecting my shit in case of being mugged or whatever else.

And the water is no exception.

Whenever I do take a shower anyway, I have a little bucket that I place in the shower where the excess water goes into that.

Given that water shortages are a once or twice in a year occurrence (though a little more frequently like 20 times a year where I live now), I obviously am not filling the bucket with the excess water every time I take a shower.

Regardless, if the bucket is empty or not full anyway, I make sure to have it in the shower for any excess water to go into that bucket while taking a shower.

And, on that day, I used the bucket full of water to take a shower.

A bit of water for my head.

Any water for anything else?

Perhaps like for washing the dishes, flushing the toiler or for drinking water in general?

Well, as we all know, the water in Mexico isn’t always very drinkable and so I always have side water (made into black tea actually) that is ready to go at any moment.

In fact, I always have at least 4 liters of black tea at any given moment. Usually around 8 liters actually unless I was lazy the night before in making more (and I go through about 4 to 5 liters a day).

For dishes, I actually haven’t been cooking much since I moved to the neighborhood where I am: Pedregal de Santo Domingo.

The amount of street food is way more abundant where I am and it’s much cheaper here than elsewhere in Mexico City.

So I haven’t been cooking much over the last 3.5 months.

And when it comes to flushing the toilet?

Well, the bucket did have a tiny bit of water left for that but the water shortage did make it difficult to flush.

Thankfully, we had a few buckets on the side to flush that day until we got our water back the following morning.

If you live in Mexico City, the amount of precaution above regarding water is not usually necessary for most foreigners.

And I say that because I assume most foreigners will live in touristy areas like Roma Norte, Condesa, Polanco, etc.

Granted, even when I lived in those areas, the occasional moment of water shortage did happen but more like, as I said before, maybe twice a year or something.

Where I live now, moments of water shortage probably go up to 20 times a year.

Maybe 2 days out of the month at most.

But that is for the specific building I live in now.

When I lived in another building in the same neighborhood, I never had water shortage issues.

So it might be, in part, the specific building I live in.

Regardless, you get the point.

The exact neighborhood you live in does impact the amount of water shortage you might experience in Mexico City.

For those venturing out into non-touristy neighborhoods especially, the tips above are something to keep in mind.

It doesn’t hurt to have some water saved away for these incidents that you can use for taking a “more informal shower,” flushing the toilet or washing the dishes.

I recommend you have some on the side if you are the type who wants to take a shower every day or something.

Otherwise, when this happens (and the frequency of it happening again depends on the neighborhood), then obviously having some saved water put away somewhere will help you out a tiny bit.

Just a small tip for living in Mexico City.

Previous post: Do Latinas of Latin America Have the Ugly Colored Hair? Next post: Do White Mexicans Not Use Salsa in Mexican Food?