The Noises of the Mexican Urban Jungle 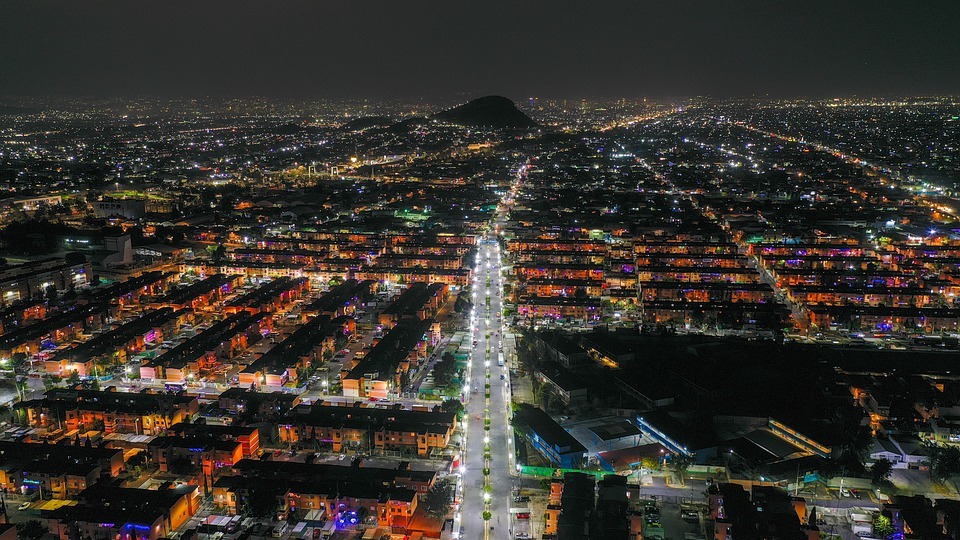 Laying in bed at 9:34 AM, you wake up after having gone to bed just 4 hours ago.

Behind you outside the window, you can hear in the distance a neighbor screaming his head off at her husband.

Something to the effect of “QUIEN ES ELLA?!?”

Based on that alone, you know their yelling match isn’t going to end anytime soon.

You get up to take a shit.

Sitting down on the toilet, you then hear another noise in the distance.

But you can’t quite make it out what the person is saying as they seem a little bit far away.

Give it a few more seconds.

Knowing he’s only around a few more minutes, you hurry up in the bathroom and rush out to find your 20 pesos and empty container to refill with water.

Once outside, you see the man in the distance.

You become part of the noise.

A dance between two to the sound of “AGUA!”

He does a little jog over.

Gives you the new container for 20 pesos.

And, as he walks away, you can hear another noise in the distance.

A little bell ringing over and over again.

You look behind you and see the trash man with his giant vehicle.

A line of people in the neighborhood with their trash waiting their turn to give it to him.

Then, all of a sudden, the actual “GAS” man comes out of nowhere from behind you offering his service now.

Not needing it though, you walk back inside to take the water in.

Then with some 50 pesos in pocket and some tea, you go for a walk because the neighbors are still shouting.

We’ll do a walk through the neighborhood.

Right away, you hear the neighbors next door yell “CALLATE!!” at the sound of numerous dogs barking at the same time.

As you walk away, you hear more noises coming from all directions.

Coming towards you, there’s a truck with a bunch of mattresses on top that has some speaker yelling out “COLCHONES!!!”

Like you can read what I wrote here, it’s the COLCHONES truck looking to buy your garbage for cheap.

To the side, you can see some vendor sharpening his knifes or something. Whatever he’s doing with his knifes anyhow that’s making some noise.

And, somewhere in the distance, there are roosters making noises.

Keep walking and you notice some young man playing the trombone.

Why does he play the trombone?

In hopes that someone will give him money for his performance.

Sometimes this type of character can be seen in less populated neighborhoods even where there’s nobody outside just HOPING that someone will run out their door to give him money to stop playing.

Or at least that’s how it sometimes feels.

When he’s smart, he can sometimes be seen outside a restaurant as the clients can’t just walk away from him.

And it’s not just him who needs money.

A lady across the street can be seen behind her orange juice stand yelling “JUGO JUGO DE NARANJA!!”

Along the way, some bus is headed towards your direction with a young lad hanging on by the open door announcing out loud the direction of the bus to anyone curious about getting on.

And, just to their luck, a middle aged fat woman yells out “ESPERA!”

Someone else whistles to catch the attention of the bus for her.

The bus slows down and stops

By the time you get to the end of the street, there’s an old lady sitting on a chair with a table next to her consisting of small candies to sell.

She’s too old to be yelling or making noise.

A young woman walking in front of me tells her “buenos dias!”

She responds back “buenos dias!”

Not wanting to be rude, I also wish her the same: “buenos dias!”

She replies back just as nicely “buenos dias!”

In this neighborhood, everyone seems to say “buenos dias” to every stranger they pass.

Much friendlier than other neighborhoods.

Now you are in the next neighborhood over known as Ajusco.

Headed towards Paseo Azteca Park, you hear some reggaeton blasting out loudly.

And, turning around the corner, you see two dogs barking loudly at each other.

Seemingly at the point to kill each other.

But being held back by their owners.

And, somewhere down the road next to the mechanic shop,  you see a homeless man with a missing shirt and just his underwear laughing out loud with drink in hand.

What is he laughing at?

Laughing and staring at anyone passing by.

Must be a good joke.

If I was drunk enough, I know I’d have joined him and began laughing also.

A nice little park in Ajusco of Mexico City that I wrote about here and here’s a photo of it.

About 20 minutes of walking through it, I stop at this point here.

And enjoy an early morning alone away from all the noise aside from light traffic behind and in front of me.

Well, away from the noise for about an hour.

Because soon enough a shop behind me begins blasting cumbia.

So it’s very much welcomed.

At least it’s not banda or vallenato.

And, in the end, the peaceful morning soon becomes a peaceful afternoon.

Until I decide to return home after a few hours of relaxing at the park to take a nap.

Walking back from a calmer and quieter Ajusco to a more chaotic and noisy Pedregal de Santo Domingo.

Get some of that missing sleep I missed due to the neighbor’s wife accusing her man of infidelity.

Depending on the neighborhood you live in, all of the above is a daily occurrence and it never happens whatsoever.

Back when I lived in another part of Mexico City known as Cuatro Caminos, NONE of the noises were common.

No Agua or Gas man, no trash collecting service, no loud music, nothing.

Then you have other neighborhoods where maybe some of the above happens or maybe entirely new noises occur.

For example, you could end up living in Roma Norte where upper class Mexicans live and you got a upper class kid living in his own apartment paid for mom & dad that decides he wants to practice the guitar playing a Tool song at 7 AM for all the neighbors to hear.

At any rate, it’s a part of life down here.

There are really several points to make.

For one, you have to get used to it.

Of course, you can try to fight against some of it but good luck.

Even though plenty of Mexicans hate some of the noises, we all often find it difficult to get rid of some of them.

Like if someone is blasting music that the whole neighborhood can hear at 4 AM?

Plenty of such incidents and quite often the police don’t do anything.

But you can try.

If you’re lucky, MAYBE it stops.

Second, you are in the right to be annoyed by it. Just because you are a foreigner doesn’t mean that it’s wrong to dislike it. Plenty of Mexicans dislike it also.

Third, those who are the most inconsiderate about making noises tend to be young kids throwing a house party or undereducated retards yelling at 2 AM in some poor neighborhood.

Fourth, much of the above doesn’t actually bother me at all.

I’m very used to it.

The only thing that can be annoying is being woken up at 9 AM but that’s not too annoying to me.

Fifth, if you live in a certain neighborhood like Santo Domingo of CDMX, much of the noises do happen on a daily basis.

And, truth be told, there is a part of me that appreciates it in a odd way.

It’s almost like being a bird water in a jungle and you have to distinguish between the different noises to appreciate what is happening outside.

Oh, is that the trombone again? Some poor kid who needs money playing a song.

After a while, you learn all the common noises and know what is happening from the distance.

As I wrote here, I was confused the first time I ever saw a kid playing the trombone at 7 AM on a Saturday.

Didn’t know what the hell he was doing.

But, with time, you learn all the common noises and what is going on behind them.

In a large urban jungle like Mexico City, there’s plenty of them for you to become familiar with.

Some people hate the nosies and others learn to accept them.

If you don’t like them, strongly recommend you find a calmer city in Latin America to live in.

When I lived in Pachuca de Soto, it was relatively calm.

Nowadays, I live in Pedregal de Santo Domingo in Mexico City and the story above is a true one.

I don’t see unnecessary noises as “authentic Mexico.” I don’t romantize it like some gringos would.

But I accept it and it doesn’t bother me as I said before.

Leave any comments below.

Previous post: The Shouting Mexican Next post: The Ruined Water Surprise of South America to the Gringo