Suicide in the Mexico City Metro 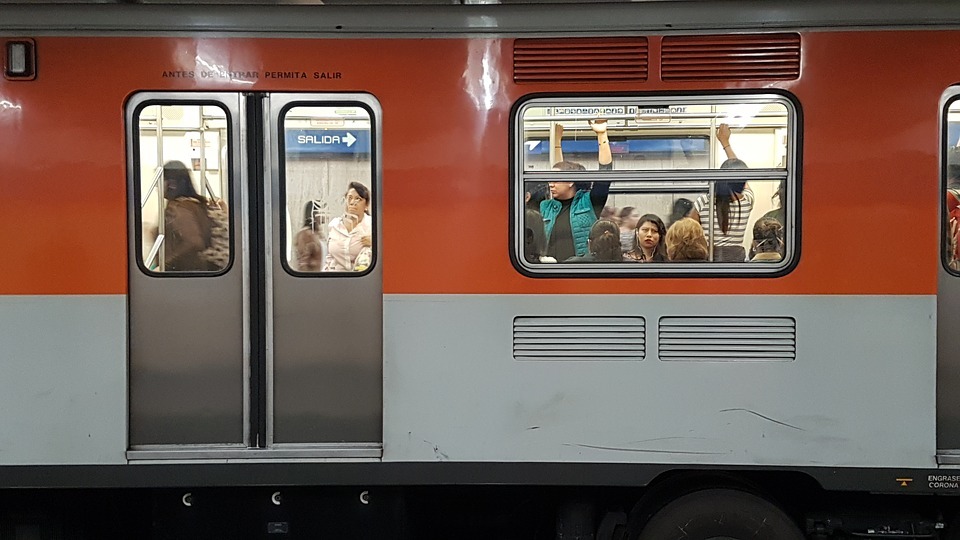 Just the other day, I traveled one train station north from Metro CU to Metro Copilco area.

Once I got there, I walked over to a nearby Walmart to buy some vodka.

I could’ve bought vodka at the 7-11 across the street from Metro Copilco but the brand they have leaves more of a burnt taste in my mouth.

With just a simple 10 minute walk, you can get Karat that is one of the better brands I’ve mixed black tea with.

Some people might say “oh, vodka and black tea? DISGUSTING! Must taste so bitter!”

But, after nearly 2 years of drinking the mix, it truly does depend on the brand that you mix it with obviously.

Some brands – like Karat or Smirnoff – leave only a very subtle taste difference from just drinking black tea alone without vodka.

At any rate, I walk in, grab the vodka and walk out in all about 10 minutes at most.

Back at metro copilco now with vodka in hand and some cheese sticks that I bought at a nearby Little Ceasers.

And, to be fair, I had a little bit of vodka before I left to buy some more.

Not drunk but with enough that it’s a nice feeling.

And so the wait begins.

On this particular day, I must’ve had the worst of luck because it was taking forever for the next train to arrive.

Not only that but there were at least 3 trains heading the opposite direction even though we had more people on our side than their side.

After enough years using the metro in CDMX, I’m half convinced that the administration of the metro trolls me by having all the trains go the opposite direction of where I want to go.

“Oh. Is that Matt? Well how do you like it watching everyone else go home AND YOU DON’T?!”

And so the waiting continues.

With me walking back and forth because sometimes I just prefer to keep moving my legs instead of standing still somewhere.

And my cheese sticks are getting cold.

“Damn it Mexico. Can’t we go a full day without something to annoy me? How much longer?” I think to myself.

And, soon enough, the space across from me is filling up with people also because they seemingly stopped getting trains coming by after the third one.

The first three had little time in between them.

All the while, I got this random song stuck in my head after watching The Shining again as you can listen to it here.

Walking back and forth with cheese sticks in hand and those words “midnight, the stars and youuuuuu” repeating in my head.

Then, in the distance, another noise breaks the silence.

Some character in the distance who hasn’t emerged yet but who you could tell, based on the yelling, must be a homeless person.

Soon enough, a young looking, medium brown man in a white jacket and those blue shorts-jeans (whatever you call them that look like jeans but cut at the knees) appears.

And he has a monologue for us.

While a lot of what he was yelling sounded like intoxicated gibberish, some other bits and pieces were more intelligible.

Most of what I caught was something about “anyone want to be my friend?”

And a lot more intoxicated gibberish.

Similar to me, the dude was walking back and forth but he was stumbling around a bit and seemed to have minor difficulty walking straight.

“Well, this will my first time seeing someone commit suicide!” I thought.

Despite being concerned about my cold cheese sticks, we can’t let a show go to waste, can we?

I’ve always heard stories of people committing suicide by metro but have never actually seen it.

“Damn, I should’ve brought some tea with me. Could mix with my vodka as I watch the show.”

It was a decision to make.

“If they don’t get train #4 before we get our train, should I stick around and wait to see what happens or just head home?” I asked myself.

On one hand, it would be quite messy if he jumped.

But, thinking about it, surely his blood wouldn’t splatter across the whole distance and hit me.

Still, as I said, I didn’t have a drink with me to have with my cheese sticks.

Ultimately, I decide to stick around to see the show.

Not that I enjoy watching people commit suicide but I’ve never witnessed a moment suitable for Liveleak before in person.

If I had to guess looking back on it (I didn’t have a watch or phone on me), the dude was probably having his mental episode for maybe 15 minutes before someone came to help him.

The wait for my train really was long as fuck. No idea why it took so long.

During the moment, the dude was seemingly getting more distressed.

He dropped his small bag onto the floor and left it behind.

Doing more walking back and forth close to the edge of where the train comes through.

A lot more incoherent and seemingly intoxicated gibberish being yelled out.

And, across from me, I could see the “female only section” of women standing around all looking towards the dude out of curiosity, fear or concern.

Thankfully though, the dude seemingly has at least another day to live behind that day.

As I said, it took some odd minutes for this man to come to anyone’s attention but soon enough a metro police officer came walking down the stairs.

At first, he didn’t say anything to the guy but just stood by the wall and observed the moment.

Give it another minute more or less and he approached him.

I couldn’t hear what was said between them but that was it.

The guy walked away with the officer (grabbing his bag along the way) and off they went somewhere else.

To be fair, I don’t know for sure if that dude was planning on killing himself or not.

I didn’t hear him yell out “VOY A SUICIDARME!”

No loud proclamation declaring his imminent suicide was heard.

Still, he obviously looked, acted and walked like he was under the influence of something and clearly seemed distressed.

Hopefully he got the help he needed.

But, being honest with you, I have my doubts.

For example, I used to have a seemingly schizophrenic lady on my street when I lived by Bellas Artes and she, once in a blue moon, had social workers checking up on her.

Yet she remained on the street.

To what degree that officer (and any other public officials) were able to help that man is unclear to me but I wouldn’t be overly optimistic regarding anything long-term.

Still, at least he got some help that one afternoon!

Similar to this other individual here that made the news that tried to commit suicide in another metro station known as Pantitlan.

His life was also extended for at least another day.

And, to be fair to Mexico, while I am of the opinion that the city government could invest more in mental health less in wasteful spending with other measures.

For example, did they really need “metro penis seats” that you can see here?

IF we were to not do either of the above, how much more money could we have to not only have maybe a few more cops identifying anyone who needs help but actually have more effective services available to help the few we can after intervention?

As you can see here, suicides in the metro aren’t entirely rare and I can remember various cases of them happening in the news over the years here.

And, beyond preventing them, what about helping the people get better after you save them on that one day?

Because, like I said, where is the dude going after the cop takes him away?

I’m sure they’ll direct him to some services but I know those services could use more money. Mexico City is the worst city I have ever been to when it comes to the amount of homeless people who have mental health issues.

Maybe less money for penis seats and cops looking to fuck over normal peoples’ livelihoods and more for addressing that?

Here's one video that gives a brief description of the deficiencies in mental health services in Mexico.

Still, to be fair to Mexico City, despite some of my criticisms here, they are making baby steps to improve things.

For example, this video shows that they have stopped 487 suicide attempts in the metro in the last 5 years.

Which, putting away my question regarding if they are doing for these folks after the attempts is enough, I can at least say this is an obvious positive step forward regardless.

As you can see here, they have a program called “Salvemos Vidas” that, from my understanding, looks to have officers detect signs that someone is looking to commit suicide or at least needs assistance.

And, while I’m not entirely sure of it, but if I had to guess, I’m assuming that the cop I saw today might be somehow affiliated with that program.

Or, at the very least, he was a concerned employee who saw what everyone else was watching and came to talk with the guy.

Here's a nice song to celebrate with a more positive tune to the fact that he didn't jump that day.