Proper Use of Law Enforcement in CDMX: Fucking Local Incomes 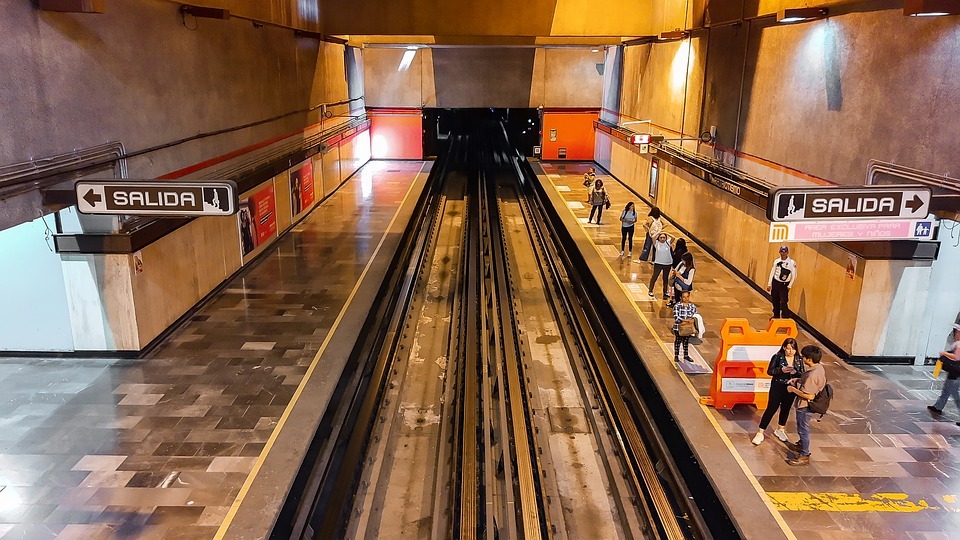 The other day, I left my apartment in Pedregal de Santo Domingo of Mexico City.

On an early morning, I figured I would head over to Copilco area to handle some minor business.

Along the way, I grabbed some orange juice that I saw this one chick selling them in the area for only 60 cents.

Then walked up the steps of Metro CU.

As I got to the top, I noticed something different.

Instead of seeing the usual informal feminist market that one would see normally lined up against the wall selling random goods on the floor, I saw cops.

Usually with some cardboard signs on the side that said things like “don’t hit women” or “I’m independent.”

But, instead of seeing them this time, I saw a whole line of cops with shields taking their place.

They were just chilling looking at their phones or talking amongst each other.

Nobody protesting their presence or protesting at the fact that they replaced the informal market vendors.

Which, to be fair, is partly what I have expected to see over the last few days since then but have yet to see it.

As you can see here, feminists in Mexico City can sometimes get a bit aggressive and destroy shit when protesting.

In this case, they’ve had their market to support themselves taken away.

Not even a senile old woman to throw rotten tomatoes at them while yelling “PENDEJO?!?”

Won’t even fight to protect their livelihood!

Now, for context for those who don’t know, Mexico City has been having this issue at hand to discuss for quite a while.

I wrote in greater detail about the issue here.

That issue being the “informal vendors” that exist in the metro stations.

They aren’t all associated with feminist groups.

Feminist or not, they’re individuals who are, from my understanding, given items to sell in the metro.

However, as I wrote in that last article, you’ve had some efforts to get rid of these folks.

Now, for those who don’t know, there are nearly or over 200 metro stations in Mexico City as of this writing.

While they don’t occupy every single metro station, you can find them in quite a few of them.

And, over the last month or so, there’s been efforts by the city to disband their informal markets inside the metros.

People in favor of this say stuff like “they’re blocking the way when so many people walk through the metro at once” to “they’re rude assholes” to “they don’t even pay taxes.”

And, more often than not, it’s not rich billionaire Mexicans saying this like you’d think.

Not some classist asshole with billions in the bank who wants to see poor people struggle.

Those losing the metro often don’t even have their own car (though many do, I’m sure).

These complaints often come from those using the metro!

Do I have an issue with them?

No and that’s where we’ll end this with some of my thoughts actually seeing this development happen in my neighborhood.

Here is a photo I took that morning as I walked onto the steps.

You can see a few cops in the far right corner of the photo behind the dude with the red hat.

I would’ve taken a better photo showing more but I’m not in the business of pissing off a cop who notices me taking a photo and tries to take my phone.

Anyway, are they doing the good work getting rid of these informal vendors?

Honestly, it seems kinda retarded to me.

Regardless of what you think about feminism (and I have many complaints about the movement sending an army of femcels to destroy property in CDMX every so often), I don’t think this is the right food forward.

First, it’s true many of these folks don’t pay taxes on what they earn.

But part of me wonders – who gives a shit?

The money they would pay in taxes is so little that it isn’t going to make the bank for the government in funding anything crazy.

For example, over the last week or two, they’ve had maybe 15 cops standing in that metro.

Now let’s assume that they pay roughly the same amount of cops to watch the numerous metro stations in other parts of the city.

With some metro stations probably not needing too many cops and others needing a shit ton depending on foot traffic and how big they are.

It has to be EASILY 600 to 700 cops being employed if we assume at least 10 cops each for 60 different metro stations.

So, you’re super pissed about these folks not paying tax money, and your response is to spend WAY more tax money than what they’d ever pay in taxes hiring cops to fuck with their income?

And we all know that a majority of these folks are not going to pay taxes doing anything else.

Since this has happened, I’ve seen more people selling their shit in the street – a few familiar faces actually – just selling it outside the metro seemingly.

Not all of them actually – others might find other occupations that are informal and can’t be taxed.

Or, if I had to guess, maybe some of them have moved onto the trains to sell instead of selling in the areas people walk past when they’re headed towards the trains?

Because I have never seen any cop try to crack down on those selling in the trains.

In effect, you aren’t stopping these folks from making money that won’t be taxed but yet you are spending a lot of tax money to hire EASILY 600 cops (plenty more probably) to fuck with them.

How much more money could Mexico get in tax money from closing a few tax loopholes or encouraging economic growth that’ll drive more tax revenue in the long run?

Speaking of driving economic growth, I’m sure it would help if we used all these cops to go after crime in Mexico’s neighborhoods.

More economic growth with businesses doing better and more money you can tax from them.

Found your tax money and it didn’t involve fucking with poor people who need to put food on the table.

Of course, why the police are fucking with these folks is more complicated than tax money.

Like I said, some bitch about them “blocking the way.”

I use the metro every week and never had that issue really.

I’ve heard others question if the few on top giving these products to these informal vendors to sell pissed off the wrong political party or something.

Or if Mexico just wants to “clean up” sights of poverty by keeping more folks working informally out of sight.

Part of me could see that as I discussed briefly in this article here but the area I live in has no real tourism value.

And, when a country wants to “hide poverty,” it’s usually in areas where tourists exist.

Regardless of what the motivations are to now act upon these folks, my biggest point is that, from my perspective, it seems like a very obvious way to piss away tax payer money when these same cops could be used to better Mexican society in other ways.

Previous post: The Ministerio Publico of CDMX: Cancel Meeting for Bribe Next post: Do Not Mention Remote Work to the Migration Office in LATAM