“Yeah, I Consider Myself an Expert of Latin America….” 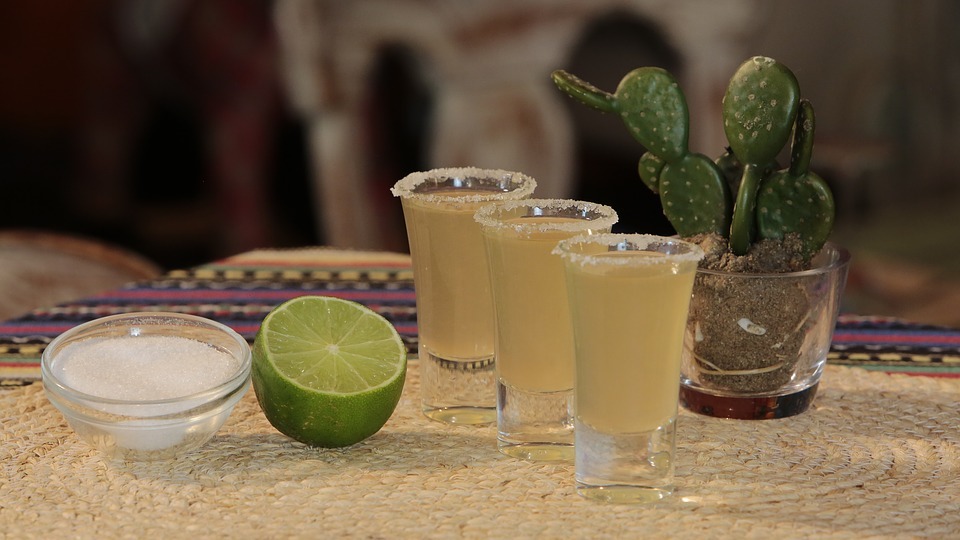 Just yesterday, I was laying in my bed at about 7 AM more or less…

To be honest, I was having a few extra drinks than normal.

I’ve been good on going to bed at around 4 AM more or less but chose to stay up later this Friday night.

Anyhow, I figured that, since I was already up late by quite a bit, I might as well keep on staying up.

Especially as I knew that I needed to travel to get some black tea bags anyhow.

You see, for someone like me, black tea can be a pain in the ass to get outside of the US.

And trust me – I know more about it than anyone you know.

I could write an all inclusive guy for those looking for non-sugar black iced tea.

And I repeat that – I know more on the subject than anyone you fucking know.

Believe the hype – trust it.

Anyhow, I’m thinking on how to get some black tea coming from Copilco area….

So I figured I might as well go to supermarkets that I have been to in the city.

At first, I think that maybe I’ll go to the supermarket Soriana by Juanacatlan…

But then, looking at the metro map, I figured I might as well go a few metro stations north of that to Buenavista.

Now, of course, I could’ve picked a Soriana or Walmart in a metro station closer….

But I hate looking for places I have never been to because, despite all of my traveling, I’m terrible at directions.

And I’m a tiny bit drunk.

So I want to follow a path I have been down before.

So I go to Buenavista.

In the end, I end up getting exactly 700 black tea bags for about 35 bucks.

Which will last me about, depending on how many bags I use per day, until sometime between October 15th and November 1st of this year.

Roughly 3 months to 3 months and a half.

Side point – I learned today as I write this that white rum and black tea don’t mix well together.

Still, before I began the trip up north to get some tea bags, I remember laying in my bed looking at something I saw on Facebook about foreigners escaping to Mexico City.

The Migration to Mexico City

And so it began some odd months ago?

Lots of foreigners coming to Mexico City in larger droves than before it seemed.

Actually, due to the Covid situation, I have seen less foreigners here in general in the touristy areas than I saw beforehand.

But, if you follow news online, you’d think there are A SHIT TON of foreigners arriving here!

Though I’d argue it is a particular type of foreigner – the one wanting to escape Covid travel restrictions.

As you know, Mexico has been somewhat of a hotbed of foreigners wanting to escape that due to fewer restrictions due to Covid stuff.

At any rate, before I began my trip north to Buenavista, I saw this article on my phone about how people traveling to Mexico.

Anyhow, I read the article and thought it was fine.

Not really a piece that is critical about life here.

And that’s a side point – the gap between the reality on the ground and what online information says about a place.

Still, when I read the article, I put my phone down and got onto the metro to Buenavista.

Along the trip north, I got thinking about what I read.

And, to be honest, there was a part of me that felt negative about all of these foreigners coming to Mexico to live here.

It does seem, at least from my perspective, that Mexico City has gotten a lot more attention online from those looking for foreign places to travel to.

Like this video that someone on Telegram recommend to me here of some PUA type who ranked Mexico City as a top place to be.

Of course, if it wasn’t for Covid Restrictions, I’d wonder if it would still be ranked as such.

Not sure but it’s something to throw out there.

Regardless, this isn’t an article against that other article cited or that video above…

But more of my initial reaction to either.

In which, in the moment, I caught myself feeling a certain way about how they should “stay out.”

I don’t give a fuck about that.

The Gatekeeping of Locations

Similarly, I met a guy in Guatemala named Jeffrey that you can read about here.

He was a bit of a sex tourist.

And, in his words, he had his “own little heaven” in Guatemala.

Some little town area by the coast they he considered another home to him personally.

But, according to him, nobody else knew about.

And he wouldn’t tell me when I asked about it!

Still, what Jeffrey felt is, arguably, what I felt about Mexico City.

Afterall, Mexico City is a bit more well known than isolated Guatemalan towns by the coast.

Not like I’m keeping some well hidden secret from the world.

And, to be fair, Jeff could’ve been full of shit also – who knows if he really knew some nice secret town anyhow.

Especially as, as I have written here, Jeff was a bit “out of it” and seemingly full of shit on other issues.

And, to be fair, maybe you can say I am out of it also?

Because, as I wrote here, I have been critical of the gringos wanting to keep away “other gringos” from whatever chosen paradise of their picking in Latin America.

Because, at times, the interior reasons seem more obvious.

In my case anyhow, I guess you can say that my initial feelings to that article and video were not appropriate somehow.

But I wonder how common that is?

To live in some place in the world – be it a small Guatemalan town or the Mexican capital – and think that “you are the gatekeeper of the area.”

In which you have some negative reaction to the appearance of more online press and international visitors coming to your own “little paradise.”

As if you own the place?

When, in reality, you don’t.

Afterall, I’ve only been in Mexico City for 4 years.

Jeffrey definitely hasn’t been in his small Guatemalan town for even half a century.

Yet alone a quarter of one in all likelihood.

But yet, as we settle into an area, maybe we feel some desire to be a gatekeeper to new foreign incomers?

For me, in hindsight, I feel that the feeling was motivated by an egotistical one – as the title of this article suggests.

“Yeah, I consider myself an expert of this area….”

In which, because of time, you believe yourself to be the bigger expert when, in reality, you aren’t that much of one.

You know some shit.

Maybe not as much as the local who has been there for 5 decades or the other gringo who has spent three times as much time in that area as you.

For me, in hindsight, I feel that is where the negative feeling came from – like a “don’t come! I am the real expert here! None of you know what it is like here!”

I’ll call myself on that one now.

And do wonder if other foreigners have had a similar thought process or reaction to their respective area getting more attention online by other gringos?

And, as I said, their reasons to being negative to that could include other motivations!

As well, sometimes, maybe like myself, you feel like an increase of foreigners to whatever reason (especially a rural one) takes away from the feeling that you have this “hidden gem” that nobody knows about.

Either way, maybe my own form of “gatekeeping” isn’t unique.

Definitely worthy of being called out.

But I am curious if others have had that reaction to their particular area becoming more popular with foreigners.

For the next time you see Jeffrey and you can take a massive piss all over his bonfire!