The Different Levels of Self-Discipline in Latin America 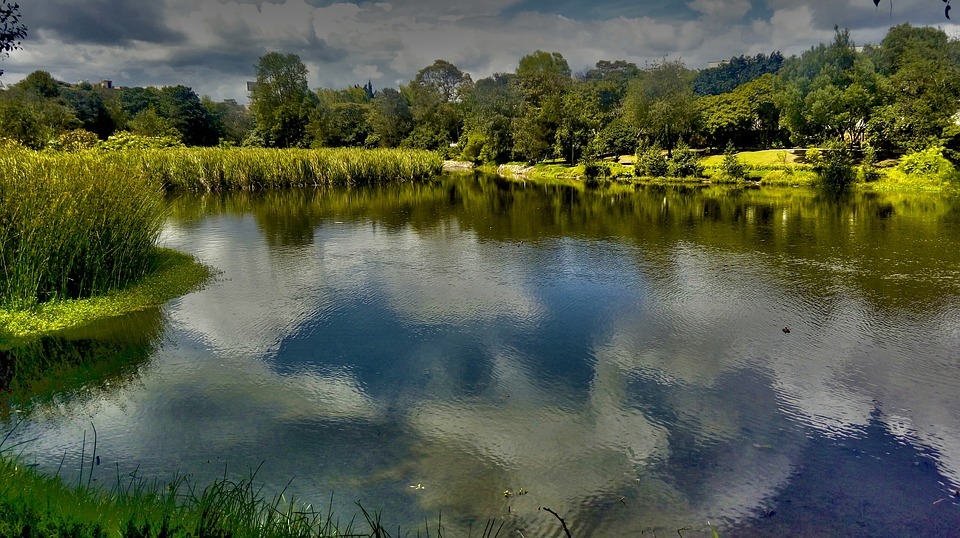 When you live outside of your home country…

There comes a certain degree of self-discipline that exists anywhere in the world to be fair.

But when you live down here, I’d argue that amount of self-discipline needed to survive intensifies a bit.

For example, as I wrote here, most of the local jobs in a country like Mexico are not going to be viable options to you.

So while you do have some local jobs (English teacher, working for a big business, working remotely for a business back home). It is probable that you end up self-employed somehow.

Consequently, you need the self-discipline to force yourself to work when it is so easy to say “fuck it, I don’t feel like working today.”

Well, as I said, I do believe that it is easier to “trip” some to speak and not carry out the amount of self-discipline needed.

One of the reasons for that is not only the fact that, in my opinion, the self-discipline intensifies on the things we are going to talk about today…

But also because, in part, I feel it is easier for folks to engage in a life of “fun” and certain behaviors that they wouldn’t get away with back home also.

So let’s break down the “levels of self-discipline” as I call them.

And if you have any examples of things that you feel need to be mentioned, then please drop them below and I’ll likely include it in this article.

The first one is obvious.

This is the most basic amount of self-discipline that you need.

To make enough money to cover your expenses this month and the month after.

Well, when a lot of the local jobs are, for different reasons, not very attainable to you…

Imagine living in the country you live in now – the US for example.

Let’s say you, realistically speaking, are not going to be a firefighter, cop, local accountant, etc.

All of those jobs, for reasons, are not going to be workable.

Because of issues like getting the legal right to work, potential discrimination against you for being a foreigner, having to get local qualifications to be those things, the lack of good pay in most local jobs and also the fact that most of you gringos don’t want those local jobs to begin with….

How are you going to support yourself then?

Some people work remotely for businesses back home.

Or working for a big business down here that needed a foreigner for some reason.

Still, you need a little bit of self-discipline to get some of these jobs.

You know, not every big business is looking to bring a foreigner down here.

Not every business back home wants to hire someone who will be working remotely in another country for various reasons.

And being self-employed especially requires a lot of self-discipline.

A lot more than picking up some random job back home to be a biology teacher or something in my opinion.

So you done it!

Feeling very comfortable, are you?

Making your 500 bucks a month.

Perhaps being an local English teacher in Guatemala.

Made just enough money to support yourself.

When you are 40 years old, do you think it’s going to be a good look making only 500 bucks a month at that age?

You have to strive for more.

But never strive for more.

Often because they are lazy!

In short, they build up no savings and are always focusing on having fun.

For example, I knew one guy who was married to a local Guatemalan chick in Xela, Guatemala years ago…

And he was teaching!

Which is a fine job but only making like 500 bucks a month.

In short, the dude was broke as fuck at that age.

When you get closer to retirement, do you think you’ll be ready making only 500 bucks a month now?

So get some perspective.

Don’t get too comfortable just because you made enough money to cover your expenses.

I’m not saying you need to be a millionaire but try to aim for at least a thousand dollars a month in savings.

A thousand more than what you spend each month.

With the low cost of living, it isn’t terribly difficult if you know how to make money online and work for it.

Granted, it depends also on your lifestyle but still…

You get what I’m saying.

Level 3: Integration into the Culture

To be fair, not every gringo needs to do this.

You all don’t need to learn Spanish or Portuguese to do well living in Latin America.

You don’t need the local Latina girlfriend to wife up and have a family with.

Or any local friends for that matter.

Still, I strongly encourage you to do so.

And it, in my opinion, does require a certain degree of self-discipline needed to pull this off.

It can be tough, in a way, being a foreigner or outsider in a country you are not from.

There’s a lot that comes with it that can get under your skin at times.

So there’s a bit of self-discipline needed to not be too jaded with life down here over time.

To control your thoughts and to see the positives when you can.

To not turn every grievance into a battle.

On top of that, it requires some self-discipline to not go crazy from loneliness and feeling isolated from being an outsider in another country.

And as the outsider, it requires some self-discipline to go out of your comfort zone away from the gringo bubble to meet and make friends with local people.

In their language and their culture.

This has been one that, to be honest, has been difficult for me to control at times.

Anyway, excuses aside, it’s one to talk about.

In short, it’s easier to fall into your vices while down here.

Or, for some, become a drug addict.

In part, you get bored a lot of the times!

The worst combination is when you mix laziness where you are not making more than 500 bucks a month with vices.

Where, by the time you are 40, you become a fatass lazy piece of shit with a fucked liver, STDs unimaginable to 99% of scientists and only 100 bucks in your bank account.

That is what most people would call the “loser back home” type of guy.

The stereotype of the gringo.

The one who has no self-control on anything and never has any money despite being in his 40s or so.

Thankfully, I don’t make anymore just 500 bucks a month. My financial situation has been the best it has been in ever.

But, to be fair, I have been drinking quite heavily in the past year.

Still, as of this writing, I’m on Day 29 of not drinking so there we go so far anyhow.

Anyway, you get the idea.

It can be a struggle for a lot of gringos down here because, as I said, I do think it’s easier to fall to your vices while down here for various reasons.

Some gringos come with their own baggage that contributes to their downward spiral.

Others simply become so fucking bored that they just drink all day with nothing else to do.

While some gringos have no self-control and are lazy so they don’t aspire to anything greater when they make enough money to cover their expenses.

And whatever other reason that is out there.

Anyway, enough of that for now.

Finally, we have routine and purpose.

Something I have talked about before in other blog posts so I won’t go into too much detail here.

But, when you live abroad, it’s easy to not have much of a routine.

It’s easy to become insanely lazy because of how cheap the cost of living is.

Essentially, you can have your days where you never go outside.

And, mixed with vices and depression, can be stuck inside your head alone for weeks on end.

When you break out of that – even for just a second.

To go outside and get the fresh air.

The nice experience of talking with a friend.

Shit that is so basic.

But it helps you get out of that.

Though, as I said, it’s easy to fall into something as extreme as that.

Especially if you are more introverted also.

All I can say that it is important to force yourself to do certain things a day.

Or take a walk outside.

Maybe do small talk with the taco guy as you sit down at his food stand.

Have a set things you do everyday and do them.

With a larger purpose in life.

Something that you are excited to do once you wake up.

All of that together can help you fight the black hole of isolating yourself with your vices.

And once you have that figured out also…

Along with the finances, integration in the local culture and all..

Well, your life down here should be pretty fucking cool.

Because, while it can be easy to fall into a dark moment while living down here, it can also be very easy to have a shit ton of fun.

A lot more than back home.

Got any comments or “levels of self-discipline” that you’d like to throw out there?