Feeling Out of Place in the Return Home from Latin America 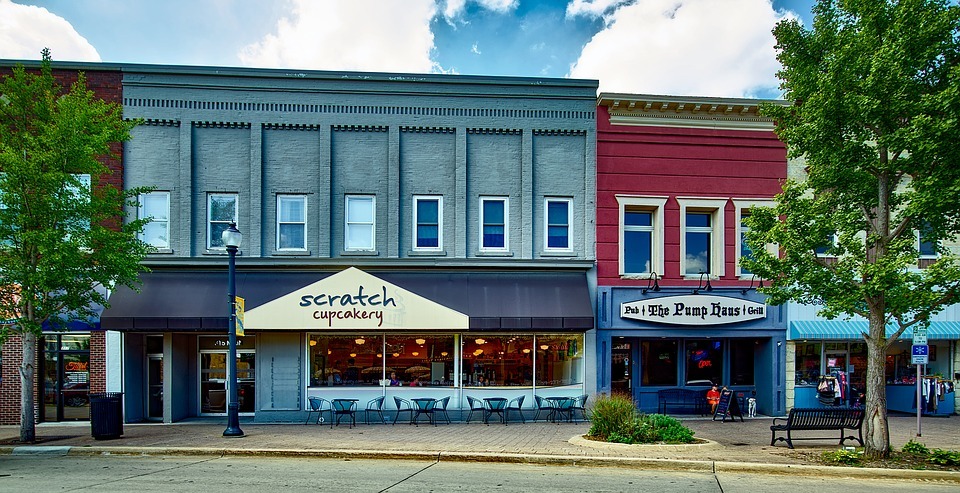 As I’ve already written elsewhere on this blog, my first two years in Latin America were basically running around the region with minimal time in each country.

With certain countries like Bolivia, Argentina, Colombia, Venezuela and Guatemala getting the most of my time.

Anyway, that was a period of time then in which I was outside of the US and spent the longest point of time away from my country.

When I got back, things felt different.

At first, I flew back to my small town in Iowa to be with family for a few weeks to maybe a month at most.

Initially, you notice the little differences here and there.

But there is, as I wrote here or here, just something different about the vibe that I can’t put my finger on.

Maybe you understand what I mean.

It’s not a bad thing about life back home.

Or a good thing.

Something about the atmosphere that feels so different.

Maybe it’s the way of life in Latin America versus the way in life in a small town in Iowa?

The way things are, the pace, the vibe, the energy of the scene….

Anyhow, I left Iowa to finish my last year in college in Ohio.

When I got back to Ohio, I’ll admit that I was ready to leave the US again on Day 1.

I almost felt like I was in the wrong place.

Some of my friends were still there.

Though half of them had already graduated and left town since they graduated while I was gone.

Meanwhile, there’s two new classes at the school that you don’t know anyone from – freshman and sophomore year class.

So half the school consisted of people I didn’t know.

But, like I said, you still had some people you knew who were in the class before you or in your class.

Even then, things change.

There was one guy named Kevin who was a friendly guy.

We met up for drinks.

When I first saw him, he seemed wide eyed at the fact that I lived in Latin America for a year.

He went on about how “his family would go nuts” if he tried living down there.

And how he’d never go down there anyway because of “the cartels and everything.”

Which is funny to think about since, in most of Latin America, cartel violence isn’t really an issue.

The preconceptions people have about life down here are sometimes way off base from how things actually are.

And, as I’ve grown accustomed to years later down here, you accept that you can never change minds.

You can try to explain to people – family or friends – about life down here but those preconceptions are not breakable.

Regardless, I ended up meeting with another friend of mine.

We had been roommates before I went off to Latin America.

And now we were sitting down on a table outside the dorm building just talking away about whatever.

He was explaining how his dad was going to travel from Saudi Arabia to visit him soon.

And talked about his time last year while I was gone.

Then he was curious about my life in Latin America.

Arguably, Khayyam was a right person to talk with about life in Latin America.

With most people, their eyes might glaze over as you try to explain to them what it’s like.

But also it feels impossible to speak with most people about life down here because there are so many things they don’t understand.

And, to be fair, there are many things you don’t understand just yet either.

Especially if you were like me with only 2 years under your belt.

Plus, you have American Latinos who can, among a few of them, come across as insecure to me when they realize you speak Spanish well enough or know Latin America better than they do.

That’s usually is something I notice though among those who particularly haven’t ever been down here or speak Spanish and so at times might feel insecure about their heritage.

At least that’s how it’s come across to me.

He also has lived in countries where he has been an “outsider” to.

The US in this case.

A country he wasn’t born in.

A country where also is a racial minority.

In a few ways, it became apparent how we could at least relate on that front when it comes to comparing experiences being an American in Colombia versus a Pakistani in the US.

Though we have many different experiences, there’s a thread of similarity there.

He brought that up anyhow as he nodded away and commented on what I was talking about when it comes to life down there.

And so we had a good discussion.

Above all else though, like I said, there was that feeling of wanting to go back.

For me, I think it was about the freedom to a degree.

Obviously with 3 years of college behind me, I stuck around to finish college in that final year.

But I went on in that year feeling “out of place” somehow that I hadn’t felt there before I began traveling around Latin America.

And, to this day, maybe I still can’t describe why “I felt out of place” back then.

Everything looks the same for the most part.

Hell, even some of the people you went to high school with don’t look a day different from a decade ago.

But there is something different that you can’t put your finger on.

For one, you want to explain to people what it was like but don’t really have anyone.

Second, in some ways, you might have grown accustomed to life down there and want to go back to it.

Some might call this “going native” in a way and the ways in which that sticks to you even after you go back home.

Third, in the case of my hometown in Iowa, you realize that basically everyone is gone.

All your high school buddies are gone.

And, as you get older, even that goes away.

I’ve had a few folks in my family die over the last some few years of me being away from Iowa.

My sister called me some month or two ago telling me that an uncle in the family has cancer and it seems advanced in a way.

There will come a day, unfortunately, that even the last string that connects me to my hometown will be gone – my parents.

My dad, for example, has long contemplated moving to Dallas, Texas.

So we will see.

Fourth, you miss the way of life you have down here.

The joy of traveling and doing crazy cool shit that you didn’t back home.

For some, it also means feeling like you are part of a “higher class” than back home because you are a gringo with some money in the bank account.

Some money that might not be impressive in the US but stretches nicely down here.

Along with your gringo exotic factor that might get you positive attention in some ways.

Maybe easier to make friends in some ways or more dating success that some guys report having more down here than up there.

Though sometimes I push back against that idea because I do feel some guys have unrealistic standards for how much nicer that aspect of life is down here.

But I agree with it overall as I wrote about here.

Anyhow, that’s another thing that guys miss when they go back home if we are being honest.

And, with that, they also might miss the friends they made down here also when they leave like I did.

The worst though is when, through a desire to cling onto all of that, these same guys miss the forest for the trees.

Lost in the Pursuit

In the end, these same guys might resort to measures to keep a life down here long term even when they are not prepared to do so.

As I wrote here, that was a bit similar in my case.

Though I had other reasons that I didn’t elaborate here as to why I was so motivated to stick to a life in Mexico City.

But after my first year in Mexico City, I was basically running out of money.

But then got my shit together.

That isn’t uncommon necessarily among young folks living down here.

Some of them though do end up going back home for a tiny bit to make things work before heading back down long term.

From what I have heard, they get depressed at times.

Perhaps feeling “out of place” back home.

Perhaps missing the friends they made down here.

Or missing the way of life.

In the end, I’d say that they are likely still in a “honeymoon phase” in terms of a love for this region and a strong desire to stay at all costs.

Without being realistic as to how to make it work.

If they can get on stable feet though, then it can work out great obviously.

And so really this article is meant to drive home two points.

First, and most importantly, how you might feel “out of place” or “something is different” when you decide to begin living down here and then afterwards when you go back home for a bit.

For me, I think the effect was also stronger in a way because I had never left the US prior.

And rarely left my home state of Iowa.

That’s the biggest point I want to drive home with this article because I haven’t really touched on the topic of “feeling out of place” when back home.

At least not too much in other articles.

The second point, which is minor since I’ve covered it enough already, is how, arguably, these same guys might act foolishly to “keep the dream alive.”

Granted, you can argue that there is something admirable, to a degree, at making it work out if it does.

If you do get on stable feet…

Then all the better.

Was a learning experience then at how to support yourself online.