Do Locals or Gringos Give Better Advice on Latin America? 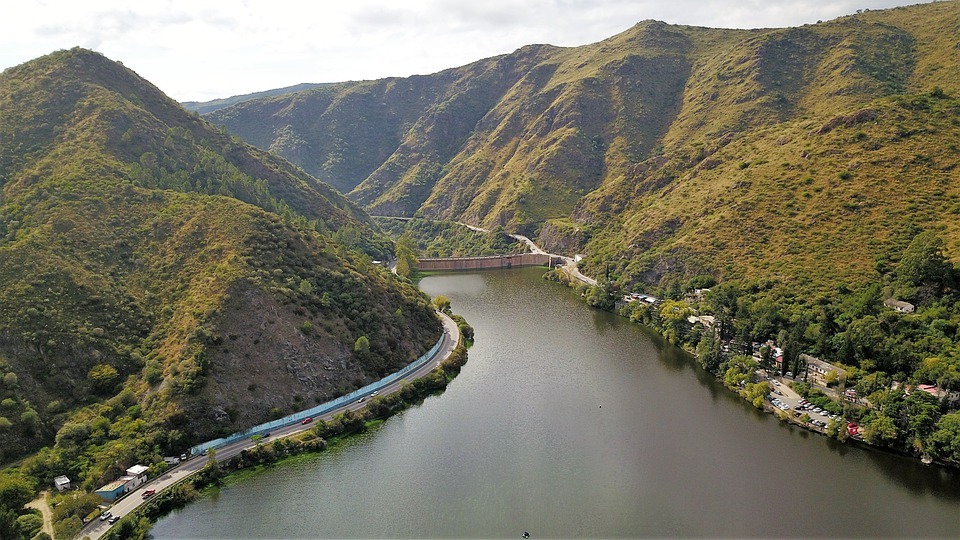 Whenever you listen to someone talk, you should always consider what life experiences they are coming from and what motivations they have.

All of which can influence how they see things.

And that includes me!

Don’t believe everything I say about life in Latin America as solid truth.

It’s all from my perspective only based on my own life experience living down here.

But, as I wrote in this article here, everyone has different life experiences that will give them a different view of things.

For example, I once lived in neighborhoods in Mexico City that are considered dangerous.

Though, in my opinion, they really weren’t that dangerous.

I get other gringos might be too chicken shit to live in those areas for whatever reason….

Nothing wrong with that!

We just have a different way of seeing things.

I think those areas were fine enough to live in but other gringos would give you completely different advice to stay away from those areas.

Nothing wrong with that.

So having said all of that….

It leads me to pondering another question…

Which is a simple question that really isn’t that important but I suppose that make for some simple food for thought….

“Who gives better advice on life in Latin America? A gringo like yourself or a local?”

Let me break down what I see to be the pros and cons of listening to the advice of either group from whatever comes to mind.

Then give my final opinion in the end.

So there are some positives and negatives to taking in the advice of another gringo.

First, another gringo is likely to understand many of the issues you have with living in a country like Mexico.

They have gone through the process also of leaving their home country to live where you are now.

So they can be relatable in that way.

Second, not all gringos have insecurity that makes them want to protect the reputation of a country like Colombia or Bolivia.

Simply put, some of the locals you meet will feel too insecure about wanting to talk about some of the negatives of their country with someone they like.

Not all of them are like this obviously but it can be an issue.

Plus, if you are talking with a gringo who is more honest about life here, you can then have a real conversation without self-censorship since you don’t have to worry about hurting the feelings of a local.

However, that isn’t always the case….

Third, some gringos are extremes.

So, with the first group, you can’t get a nuanced perspective on life down here and everything they say will be overfilled with negative shit.

On the other hand, the other group will literally be more offended at any criticism – no matter how small or fair – of the country you two live in.

Consequently, this person might think you are literally Hitler and just foam at the mouth in IQ 50 rage at your ass.

Having a full seizure in pure anger at your comment about how “you get tired of cops extorting you for a bribe” or “there’s too much trash in the streets.”

Both critiques that are entirely fair to not be content with but you can never convince said gringo that it is right to bring up any critique whatsoever of the new country.

If you are dealing with either type of gringo, I’d take very lightly any comments they have about whatever country you two live in.

Fourth, some gringos down here live very degenerate lifestyles and are not necessarily the most trustworthy people at all times.

Though they can at times give good advice about life here regardless.

Fifth, some gringos on the internet will completely bullshit you about life down here simply to get you to click on their affiliate links so you can fill their wallets with cash buying shit that is overhyped.

I take very lightly the opinions of other gringos that I find online if I see the article is spammed with affiliate links.

But there is a real possibility that the information is partly or entirely bullshit meant to sell you something.

Which, to be fair, I can’t say shit about these gringos because I make money also from affiliate links online with other websites I own.

Not so much this website as of this time though.

For me, this website is more of a personal blog of mine to just get shit off my chest about life down here.

Still, I’d encourage you to be as critical of what I say for the original point above…

Sixth, always take into consideration the life experiences of whoever is giving you advice, gringos included, as that can shape how they see things.

Another obvious example of that would be where exactly has this gringo been living in while down in Latin America?

As I wrote about elsewhere on my website, Latin America is a huge ass region with wide variety between locations within countries and between countries.

Someone who spends 3 of the last 4 years in Mexico City (myself) is going to have a very different experience chilling with indigenous folks in a small village in Oaxaca for 2 weeks.

Anyway, those are the main thoughts that come to mind when it comes to taking advice from gringos.

Let’s get to the locals.

So there are some positives and negatives to the local advice also.

First, the local will almost always understand how things are on a more intimate level than what a typical gringo ever will.

Giving you better advice overall that can dig a bit deeper into why things are the way they are.

Which is really the main and the most obvious benefit to the advice of the local.

However, there are some things to keep in mind with the local…

Second, keep in mind the socioeconomic background the local (and also the gringo to be fair) comes from.

For example, less than a year ago, I needed to buy a new keyboard for my laptop.

As I completely wrecked it as you can see here.

So I asked a friend of mine named Angie about how much I should pay.

Anyway, I did my research and found one easy enough for 97 pesos or less than 5 bucks that I still use right now.

With Angie, she makes good money in Mexico as a computer programmer making 40,000 pesos or 2,000 bucks last I heard.

But that’s good money in Mexico.

So it’s likely she shops more at nicer places to buy her laptops or whatever.

And, to be fair, she does have a nicer looking laptop than what I have.

Granted, I could buy it too since I make about the same but…

Regardless, that’s the second main point here which is that the socioeconomic background of some local down here will influence a bit the advice they give you.

And it’s not just their socioeconomic background at work here…

But also how they perceive your ability to spend.

Third, sometimes it feels like some of the locals down here think that we Americans just shit out bricks of gold.

That we are all billionaire Doge investors.

But you’d be surprised at the gap that I feel exists between what the local perceives us to have and how it can be for some of us gringos living down here.

Or for gringos back home.

In that sense, that belief by the local might warp the advice they give you.

For example, a few years ago when I was broke as hell living on 300 bucks a month in Mexico City…

I asked a local if he knew about local gyms in the area.

He ended up suggesting one gym that charges like 2,000 pesos a month or a 100 bucks or so.

Which, to be fair, is a fine price.

You get what you pay for perhaps and I’m sure it was a nice gym maybe.

But, as I said, I was broke as fuck back then.

Though the guy smirked and said something like “which I’m sure isn’t much for you.”

I found that funny that he thought that given my situation back then but I didn’t say nothing.

And I asked him for something cheaper anyway.

So he then threw out an idea about some cheaper gym nearby that was like 200 pesos a month (well, slightly more) or roughly 10 to 12 bucks more or less per month.

So keep that in mind that sometimes the local might suggest something to you that is warped by their perception of how much money you are comfortable spending.

Sometimes their perception can be not aligned well with your situation.

Those are pretty tame examples though anyway but I think the idea is clear there.

Fourth, keep in mind some locals might want to fuck you over somehow.

Maybe gringo price you somehow when giving a price for how much something should cost….

And I caution against this point because most folks are good folks down here not trying to fuck you over.

But you do got some folks who might see you as an easy target.

The difference is they aren’t giving you affiliate links with bullshit opinions but instead just overpriced goods or whatever their scam is.

Both gringos and locals (any person really) can be guilty of bullshit obviously.

So keep that obvious point in mind.

Anyway, that’s all that comes to mind when it comes to both groups.

So which is better?

I’m not going to say locals are inherently better or gringos are when it comes to giving out advice.

You have bullshitters on both sides of the aisle.

It’s so heavily dependent on the context and the individual you are working with.

If I had to bite the bullet and pick a side, I’d probably lean towards the locals because of that experience being born and raised in whatever country you two are in.

But, as I said, I’d push back against that.

Because, as I said, the local might not feel comfortable talking about the real negatives that come with the country.

Or the local doesn’t have that natural experience being the foreigner living in their country.

So there’s going to be some things that probably wouldn’t come to their mind when it comes to giving advice.

I guess, in that sense, if you gave me a local or a gringo who has spent a decade here and not just a few weeks in Cancun as a tourist…

Maybe I’d lean towards the gringo for advice then because of that?

But, as I said, in the real world, you can’t generalize this.

It really depends on the context and the person who is giving you advice.

That should influence heavily who will give you better advice in whatever situation you find yourself in.

Anyway, thanks for reading.