Will Street Food Kill You in Latin America? 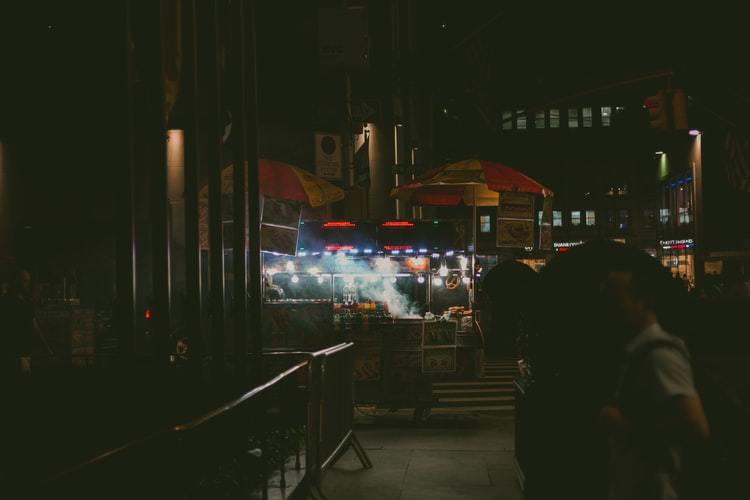 I remember the very first time I ever had street food in Latin America.

I was in Mexico when with a group of other gringos and a guide named Peter.

Where we were contemplating where to get lunch.

We were going to try this restaurant but Peter had us get up from the table as he thought the place offered bad food and would put us at risk of food poisoning.

Anyway, we ended up getting some street tamales.

It was the first time I ever had street food in Latin America.

And also the first time I ever tried a tamale.

You can see a photo of one below here if you have never seen them before.

Anyway, I remember having it in my hand and being confused as to what the hell is this..

I had never seen a tamle before and was confused on how you are supposed to eat it.

But I figured it out easily enough and got going.

The first bite was terrible.

The taste wasn’t even bad to be honest.

My issue with it was the texture of the food.

There was something weird about it that made me literally want to throw up.

Where it was like I felt my body trying to reject it out of me because I wasn’t used to it.

Where the host stay I was with would cook me some tamales and the food didn’t provoke such a strong reaction then.

To which I found tamales to be fine.

I’m still not crazy about tamales.

It wouldn’t be my first choice for a meal…

But if you had me stuck on a remote island and this was the only thing I could eat.

Well, I might consider sawing off my own legs first for a nice snack if I got that desperate…

Cook them over a fire…

But I definitely wouldn’t deny a tamale if it happened to be the only thing available to eat.

But in all seriousness..

But that was my first time ever trying street food in Latin America and I didn’t enjoy it.

Mostly because of what I was eating and not because it was unsanitary or anything as people imagine.

Because after initial that time in Mexico…

I was always reluctant to eat street food because of concerns I heard from others that the food is unsanitary or whatever.

I think was when I was in Barranquilla (Quilla), Colombia some odd years later…

To which I got myself an empanada.

Which is just a meat filled pastry as you can see below in this pic here.

Anyway, I remember my very first empanadas when I was living in Buenos Aires, Argentina some odd months before going to Quilla.

And I loved empanadas – very tasty!

But this one I was eating in Quilla?

I remember walking out of Colombia 7 months later convicned that Colombians don’t know how to make a proper empanada.

Though, to be fair, there was one spot in Colombia that had pretty tasty “empanadas” even though they looked nothing like a traditional empanada.

But they were tasty!

But it wasn’t street food either.

This obviously doesn’t make street food sound so good, does it?

I guess you can say my very first initial experiences with street food in Latin America were shit.

But they were not representative at all of how I feel about street food nowadays.

It was mostly bad luck on my end as my body didn’t enjoy the texture of a tamale at first and the second time around I somehow picked the worst empanada in all of Latin America.

But it wasn’t until I had arrived to Mexico City a year or so after my time in Quilla where I started to enjoy street food.

After I first arrived to Mexico City, I happened to be living in Roma Norte area where there is plenty of street food.

There was a taco place that I was always curious about as they were offering “5 tacos for 25 pesos.”

25 pesos being like a dollar and 25 cents more or less.

Anyway, the tacos are quite small usually at these places offering deals like that.

You usually have to order 10 tacos for 50 pesos due to how small each taco is.

But I was hesitant to try it at first but eventually got around to it.

To which I enjoyed the food and decided to open up more to street food.

There used to be another taco place literally around the corner of that apartment that I went to often for some huge tacos that were 17 pesos a piece.

Probably one of the better tacos stands in that area but it is no longer around.

Ever since I started trying street food in Mexico City some few years ago when I first got here..

I have been much more open to it in general.

Is one time when I ordered some torta where someone tried mugging me for the first time ever in Latin America as you can read here.

But I had a bad experience with them recently – which is ironic as I am writing this article now.

And where the torta I ordered literally had some small ass bone inside it.

I remember eating the first half of the torta and there was no issue.

Then I took the second half of it and took a bite into it to which the teeth bit onto something quite hard.

I ended up taking all of the food out of my mouth without swallowing anything and found the hard object inside it.

From what I could tell, it looked like a bone!

It was a small and not too thin object that was quite sharp on both ends.

Anyway, I put the rest of the torta away into the bag and threw it away.

Because I liked the torta place I was going to.

The food was good!

But now I’m not sure about them.

Outside of those two incidents though…

I’ve never had issue with street food in my almost 4 years living in Mexico City.

And honestly you can find some really good and tasty food.

That is also quite cheap!

Literally 2 to 3 bucks for a meal.

It has never happened to me ever.

Though I am sure some people have gotten food poisoning from street food for sure down here.

So the only time I ever did get sick was from a restaurant and not street food.

Anyway, I wish I could recommend some street food options but I never remember the names of the places I have been to that stick out to me as memorable for good food.

I can try to help though…

For example, there is this hamburger place in Lomas de Sotelo that has some of the better hamburgers I have seen in Mexico City that was right across from the apartment building where an ex-girlfriend lived.

There is also a hamburger place that is on that street that you walk onto when you exit Metro Insurgentes and walk towards Reforma Avenue.

Where that hamburger joint is right in front of a Starbucks that you will pass as you walk in that direction.

If you go to Metro CU, they have a shit ton of street food right outside the metro with one torta guy who offers great food.

And if you walk from there into Santo Domingo de Pedregal, then you will find a sick ass taco place that offers great tacos for 4 pesos a taco.

Otherwise, that’s all I got to offer.

Will you die from street food?

Here’s a long video on street food in Mexico City.

And if you have any relevant comments, experiences or questions…

Some countries can do great empanadas (Chile and Argentina…) whereas some countries aren’t very good – in Peru they make great Saltenas which is an meat and potato empanada but is quite sweet – Colombian empanadas are something quite different from an Argentine empanada – they’re deep fried and might have a maize pastry? They’re nice enough BUT you need to eat them fresh, a lukewarm/cold Colombian empanada is no good.

I was never a fan of tamales until I went to Peru, there, they have them for breakfast and they have it with bread, butter and mayonnaise which make them taste a lot better if truth be told. Probably Mexico is the best place in the whole of Latin America for street food, when I was in Argentina – the nearest I ever saw to streetfood were ‘panchos’ (hot dogs) and choripan (mini chorizo sausages in french bread…) they were all right for what it’s worth but you probably have it the best in Mexico City.

I think you are probably right about Mexico City being the best or one of the best on street food.

Truthfully, I never gave street food much of a try before coming to Mexico City so I’m not sure but you have street food all over the place here anyway in any neighborhood.

I believe this site contains some rattling superb info for everyone : D.