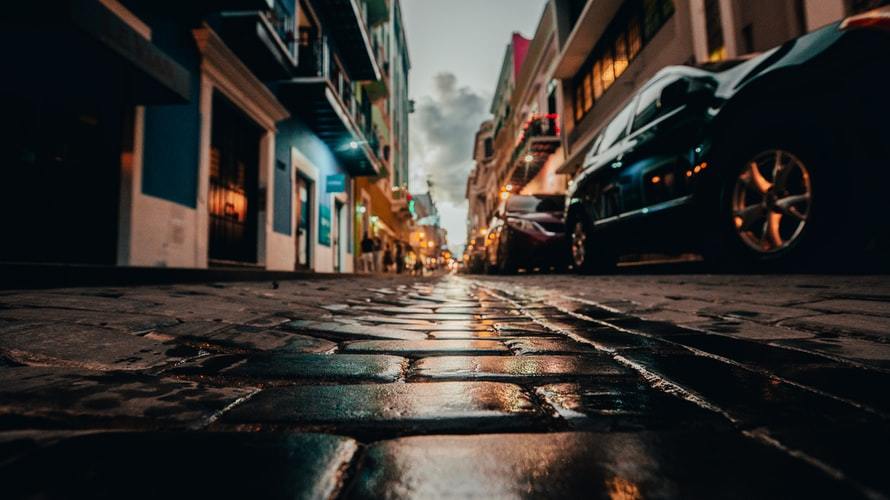 So the other day about a month ago or so I was sitting down in the common kitchen area that is shared by all the people living in my apartment building.

It’s around 7 or 8 AM in the morning and I am checking my phone while I am warming up some black tea.

About 12 liters to be exact.

Anyway, it usually takes about 40 minutes to have 12 liters all prepared.

So I’m waiting as this is going on…

When another American named Alex comes into the kitchen.

Alex had arrived to this building a few months ago more or less and is a young guy in his mid 20s.

And is relatively new to Latin America.

Though he had some decent experience beforehand in Puerto Rico.

With some interesting stories as well!

When he worked at some hostel in Puerto Rico, he came to hear about various people getting scammed by a rental car company in Puerto Rico.

But what was the scam?

So, from my recollection, the rental car company was located in the capital of Puerto Rico – San Juan.

And apparently this rental car company started to get a small reputation or a big enough one anyway for Alex to hear about.

Where basically someone would come by to rent out a vehicle for whatever length of time..

Then they would have the vehicle parked somewhere on the island – probably in San Juan or wherever.

Anyway, the idea goes that this rental car company had someone stealing one tire to be exact from some of the vehicles rented out.

Just stop on by and steal a tire when possible.

Bring it back to where the company is located…

And then the person who rented the vehicle would be liable obviously for the missing tire.

This seemed to go on quite often enough that Alex caught wind of it.

Of course, Alex didn’t know how exactly the company knew where the vehicle would be parked to steal the tire at night when nobody is looking…

Granted, I have never rented out a vehicle either so I have no idea how they would pull that off.

But I’m sure they didn’t pull this scam on everybody who rented a vehicle from them.

If I had to guess, the company probably asked for some information as to where they will be exactly or whatever…

And then send someone to steal the tire if they are able to find the vehicle later in the week.

But, like I said, I never rented out a vehicle before so I’m just guessing that is probably how they managed to steal a tire often enough from their clients.

Thereby ensuring that they get some extra money by making the customer liable for the missing tire.

But let’s finish this article on the same topic by bringing up some other examples on the internet about car rental scams down in Puerto Rico since that is where we started this article with.

Instead of having a tire stolen in the night…

Supposedly this chick was driving to Cabo Rojo from San Juan when one of her tires in the rental vehicle went out.

Then she had to buy a new one but then another tire gave out as well.

Resulting in her needing to call Roadside Assistance to get her to the hotel that she was going to!

And apparently this woman is not the only person who had trouble with this car rental company that she used.

You can check out the review here where apparently the same company will do things like never return the 500 dollar security deposit.

In this Trip Advisor Review here, this one guy claimed that a car rental company that he rented a vehicle from was trying to charge money to his card 6 months after he had already used their services.

By claiming that he somehow damaged the vehicle even though they waited 6 months to go after him.

Anyway, one of the more common scams I keep seeing over and over again is for the company to basically offer online a very cheap rate…

And also take money in other ways like expensive toll pass fees or inflated fees for sand clean-up.

Anyway, that’s all for some light reading for anyone interested looking  into those stories I linked to.

Either way, these are just a bunch of fun little stories but they all focus on a topic I wanted to bring up because of the fact that scams can happen anywhere in the world obviously…

But, in my experience, they seem more prevalent in this part of the world in Latin America for a variety of reasons.

In part because it can be easier for people to get away with doing shady things due to the lack of proper law enforcement and other issues as well.

Similar to what I wrote about here in this article about all the business extortion that happens in Latin America.

Anyway, car rental companies are not innocent either.

And hopefully this article can serve as a lesson for those thinking of traveling abroad – perhaps to Puerto Rico or anywhere in the world really.

And also be aware of some of the scams brought up here and brought up elsewhere on the internet that are sometimes committed by car rental companies in places like Puerto Rico.

Anyway, got any relevant experiences, questions or comments?

Finally, I included a video below of another car rental scam for those curious.

I tried to find one that is based in Puerto Rico to keep up with the theme of this article but couldn't find any on Youtube so enjoy this one in Costa Rica.

It also has to deal with tires so it kinda keeps up with the theme here!

Hopefully you find it as educational as I do for keeping an eye out for possible car rental scams anywhere in Latin America or the world -- not just Costa Rica.