Dealing with Airplane Ear on My First Trip to Mexico 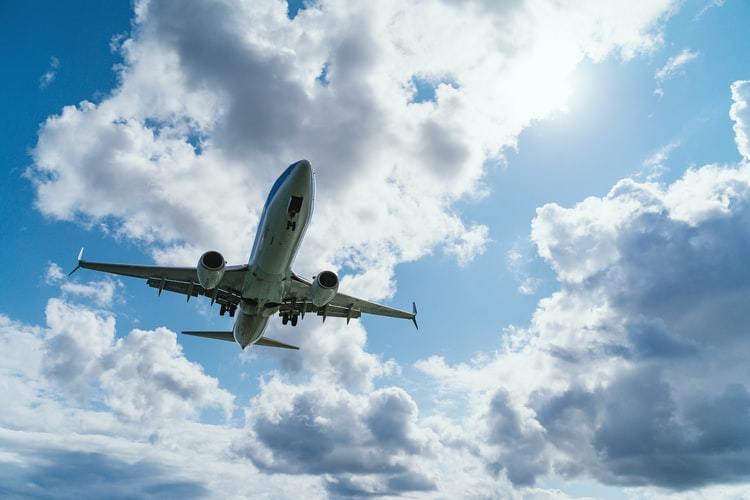 I took my very first trip outside of the US in my life to Mexico.

I took the trip with a group of other Americans at the time.

You can read more about the trip here.

Anyway, there’s an aspect to this trip that I’d like to write briefly here to give some tips for anyone who needs it.

So this will be a pretty simple and basic article for the most part.

But let’s get to the meat of what I’m talking about.

On a typical day in Columbus, Ohio…

Our group arrived to the airport in Columbus to get through security for our trip.

An hour or so later, we are finally sitting down in the airplane all together as the plane gets ready to take off.

And it was interesting to say the least to see and feel the airplane lift off the ground for the first time in my life.

At first with the speed as I had never been in anything that moved this quick.

And then the feeling as it lifted off the ground and also the slight worry I had that the plane would just randomly fall back down and crash.

It didn’t even have much turbulence during the flight from what I remember in hindsight on our way to Mexico.

And throughout most of the flight, I remember not having really much issue with it except for the slight worry that the plane would crash somehow.

It was interesting also to see the clouds so far up in the sky.

Here’s a photo first that I took as we were flying in Mexico.

I can’t remember where exactly this photo was taken but something tells me it was Mexico City as I remember we ended up landing in Mexico City before then taking another flight to Villahermosa.

But as the plane started to descend into Mexico City…

I had this huge pain in my ear.

I never felt anything like it before but it was extremely irritating.

And, from what I remember, it also irritated one of my eyes also.

I remember feeling some weird sensation with the eye that was closest to whichever ear had the most pain.

And, if I remember right, it was only one ear at the time that was feeling very strong pain.

Anyway, the descent took its time of maybe 30 minutes or less…

But it felt like an eternity as I was confused as to why I was feeling this pain and I just wanted to get off the plane.

However, as the plane was descending, I noticed that swallowing my saliva helped ease the pain slightly for a quick moment.

It was something I simply noticed and so I started to do swallow more of my salivia to stop the pain a little bit.

Anyway, the plane eventually landed and the pain was basically gone by that point as it reached a certain level close to the ground and landed ultimately.

But after it did land…

I remember not being able to hear very well.

My hearing was entirely fucked up for maybe 30 minutes or whatever time it was.

Not sure how to describe it…

But I’d say it was like trying to hear something underwater.

Like sounds in general were drowned out in a way and you couldn’t hear as clearly.

Until my ears quickly enough seemed to recover and I was alright again.

To which then we entered Mexico City international airport and got our bags searched for drugs by some officials with dogs.

Afterwards, we quickly got on our plane to go to Villahermosa, Mexico where we would stay the night in some hotel.

A view from one of the hotels we stayed at.

But right before that next flight…

I was told that maybe buying some gum would help with the pain since someone told me they knew what it was and that chewing something apparently can help.

So I bought some random gum in the airport before the next flight took off.

And when it did…

Well, the pain didn’t return right away but it came back in the same fashion when we started to descend into Villahermosa some hours later.

Chewing the gum did help a little bit.

And that was it basically.

I did feel the pain a few more times in my later trips when I flew into Guatemala right after my first trip to Mexico.

As you can read more about my trip to Guatemala here.

And also I think I felt the pain too when I flew into Nicaragua as you can read here.

One other thing I learned to help me deal with the pain was to simply focus my mind on whatever topic.

To just think about something random that interests me.

Or “how do I make more money online?”

Or “when should I set up a time to meet Jennifer from Tinder so I can fuck her?”

As well as something like “why do cats knock shit off the table?”

Anyway, thinking about shit actually did help distract me from the pain.

Which made it slightly more tolerable as long as I was chewing some gum or whatever.

However, funny enough, I haven’t felt this pain in a long ass time.

My trip to Mexico, Guatemala and Nicaragua were some odd years ago.

Nowadays I never feel any bit of this pain whenever I get on a plane.

I chalk it up to my ears just having gotten used to the intensity of flying.

Which, as I said before, I never flew on a plane or left the US ever prior to that first trip to Mexico.

But thankfully the pain hasn’t happened in years and it’s all good now.

First off, we never defined “airplane ear” in this article as I just went straight into my experience with it.

So let’s define it quickly.

Anyway, the same article cited above from Mayo Clinic gives these tips to deal with it:

Check the Mayo Clinic article I cited before for more complete information as I am not a doctor obviously.

And that is it!

I can’t say personally if most of these tips work or not. It just seems to be what other websites like Mayo Clinic suggest.

Though I can vouch for the “yawning, swallowing and chewing” bit.

The “don’t sleep during the landing” is a bit weird though.

Mostly because I don’t know who could sleep during a landing when you have the pilot talking and other noise all around and all.

But that’s the article.

Not much more to say here.

Just a minor inconvenience of flying to Latin America or anywhere really if you happen to this issue.

And, like I said, it was really a minor issue in the end. Never had any major impact on my health although I have read it can cause serious hearing loss long term in rare cases.

But that never happened to me and thankfully I stopped having this issue after the first few flights.

Finally, I wanted to end this article being a little more helpful with tips.

So I included a video below of some dude doing a review of some product that helps apparently with "airplane ear."

I checked the comments also and it seems other people agree that it's a good product so maybe it can help you if you have this issue.

Anyway, if you have any relevant experiences, questions or comments…