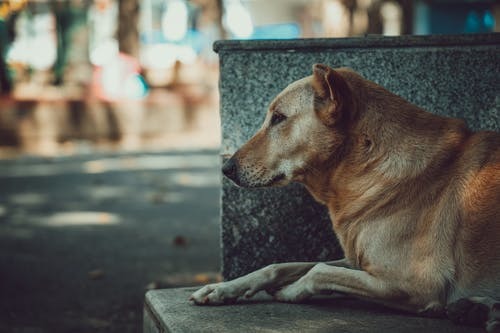 Back when I lived in Buenos Aires, Argentina for some odd amount of months…

I often walked out of my home stay building to get to the building where I was taking classes fairly close by.

I would become a master of dancing salsa?

Because a day in the streets of Buenos Aires meant dancing around all of the dog shit that was all over the sidewalks.

It wasn’t uncommon to see the occasional Argentine walking outside taking literally as many as 10 to 15 dogs for a walk at once.

And, in my experience, Argentines seems pretty fucking terrible at picking up after their own dog shit when taking the dogs for a walk.

Seems like nobody cares to do so and they are all perfectly fine walking around or stepping on dog shit all the time.

I would come across as negative also if I was constantly stepping in dog shit!

As they have to practice it as they dance around all of the dog shit.

The issue with dog shit in Buenos Aires was kinda annoying….

But it’s not unusual for dogs to be a weird issue in Latin America.

It’s not often talked about on expat blogs down here because, in the grand scheme of things, it’s not that much of an issue.

But I figured I might as well cover it since I’ve covered a lot of the other things that you might encounter down here in other blog posts already.

Anyhow, it’s not just the shit ton of dog shit in Buenos Aires that is problematic.

That seems to be more of a Buenos Aires problem than a problem for the rest of the region.

Though, as I wrote about here, human shit in the streets can sometimes be an issue too in parts of LATAM….

The broader issue here anyway is more about stray dogs that want to fuck you up.

Funny enough, this issue really isn’t problematic at all in Mexico City where I have been for the last few years now.

Hiking a Mountain near Xela

Back when I was living in Xela, Guatemala as you can read here….

I often hiked nearby mountains as there wasn’t much else to do there and it was fun enough.

Plenty of natural scenery in the countryside outside of the city….

Anyway, we got to the top of a mountain near Volcano Santiaguito…

Then got ready to descend back to Xela.

Anyway, as we finished the hike and were in some random looking village where a van was to be waiting for us..

There was some vicious looking dog that looked like it wanted to fuck with us as we were walking to the van.

It got in the way between us and the van and was barking loudly.

Looking like it was ready to fuck with us and about to charge.

Anyway, the Australian guy taught me a lesson as I watched him deal with this dog.

Something I didn’t know to do as I never had to deal with stray dogs before wanting to fuck with me.

In Iowa, it’s not usually an issue…

Though I do remember my dad telling me one day that he had to get a shovel to defend himself from some stray dogs coming at him….

Outside of that, I can’t ever remember stray dogs being an issue in my small town…

So anyway, I am watching this Australian guy do something I didn’t know to do…

He bent down, grabbed a rock and pretended like he was going to chuck it at the dog.

He didn’t have to though.

Did I learn what to do then?

After waking up at around 7 AM more or less….

I get out of my home stay that I was living in Cochabamba, Bolivia…

And walk out to get some quick snack at a nearby family store..

Before catching a bus to get to work.

The bus would take me to the upper part of Cochabamba that wasn’t as nice looking.

It had a lot more poverty overall but never seemed much of an issue in terms of crime.

At least when I was there.

Anyway, the bus trip was usually maybe 20 minutes at most.

Well, as I was waiting on this bus…

I remember we had a few old folks sitting on it – an abuela and an abuelo.

With some skinny ass motherfucker that was young looking and staring at me for some reason.

Kinda like the situation you see in this video below in Bad Santa.

Anyway, the guy didn’t attack me or nothing.

And we had some reggaeton music playing in the background.

It was going back and forth between reggaeton and rock music.

Such as Soda Stero….

To this reggaeton song from Angel y Khris that you can listen to here below.

Anyway, I found it funny that they had this song playing as the music video is played on a similar looking bus….

Well, once the bus got to my bus stop near my place of work….

I got off and it was always a bit of a walk normally uphill from there.

Sometimes the bus would stop in front of my actual building where I worked at but not always.

Other times they would get up and bark loudly…

Anyway, this time in particular they were doing just that…

And I stopped, reached down and pretended to grab something.

But that’s not always necessary.

By just pretending to do that, the dogs will, as they did here, back off basically.

Anyway, I was going to make a “final tips” section for this article on how to deal with stray dogs in Latin America…

It’s not really needed though – the stories explain it well enough.

Pretend like you have a rock in your hand that you just grabbed….

Or, better yet, actually do have a rock.

And pretend like you are going to throw it.

The dog will piss off and that is it.

Anyway, those with more experience with stray dogs might have more ideas on how to defend yourself….

If so, drop any comments or questions below in the comment section.

Previous post: Do You Ever Forget English in LATAM? Next post: The Benefits of the Informalities of Latin America