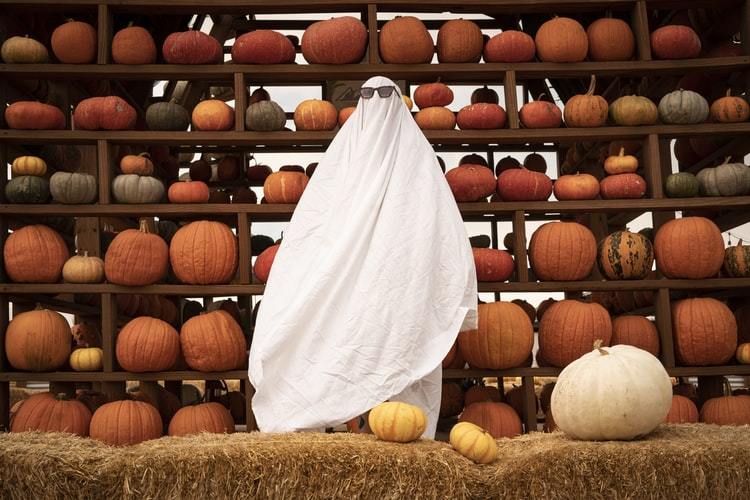 You have to start working soon in a few hours but you are sleeping….

After a night out with friends eating some hamburgers and having a few liters of beer….

Vodka bottle next to the bed….

And you wake up finally.

Though, when you do, you see a ghostly face literally laying next to you staring at you.

You freak the fuck out and blink!

Now you are sitting up and thinking “what the fuck was that?”

But it has happened to me before – true story just like that in Pachuca.

Now you are scared as fuck for a minute but also annoyed.

Annoyed because you were having such a good fucking sleep but now you can’t go back to bed because of that.

Anyway, you grab the bottle for a sip and realize you got to get to working soon anyway from your laptop.

So you start the night getting some shit done and….

Hopefully you can go to bed again soon in 8 hours or so.

Anyway, I’m a bit contradictory in my opinions….

As you can read here, I’m an atheist.

But I do believe in ghosts.

I’m not entirely sure they exist but I’ve had enough weird experiences to make me think that something like them exists.

Who the fuck knows what that was when I saw it.

All reminds me anyway of weird moments growing up…

Ghosts During My Childhood

I have heard though that sometimes people wake up but can’t move their bodies but can see shit that isn’t there.

For example, when I was a kid, I used to have these common nightmares where I would be on my back with a bunch of purple smoke all around me…

And some creepy motherfucker without a face would try to choke me.

Then I’d try to scream or my body would but I wouldn’t be able to.

Until like a second later or some shit and I’d jump out of bed to turn the lights on.

Other weird shit too…

Some years even before that, I must have been like 7 or something…

At the first house my parents lived in, I was sitting down watching TV playing video games.

And nobody was in the house that I knew of anyway.

Parents and sister gone from what I remember.

Anyway, a voice goes off out of nowhere “get out.”

Not even fucking joking.

I got up and got the fuck out.

Reminds me of this standup clip here by Eddie Murphy…

Well, the house that happened is was thought to be haunted by my parents and sister.

They all claim they saw like some weird ghost motherfucker in there and apparently the owner before us died by falling off a ladder.

Shit, I guess he wanted to watch NBC News and didn’t have time for my fucking Cartoon Network…

One time when I was a teenager on my phone in my bedroom….

And I felt cold and some strange feeling…

I looked behind me and literally saw a white hand reaching for me.

Anyway, those were some of the weirder moments for sure.

The house where my dad lives – the one where the last moment was described – is definitely haunted as fuck.

I’m not so much intimidated by it anymore – I just find it annoying now to be honest when something happens and its creepy.

Anyway, the stories continue into my time in LATAM – as you saw above in the intro.

To be honest, the story of what I saw in Pachuca was the wildest for sure.

Otherwise, down here, all of the examples I have seen usually just involved that weird, cold feeling you get when you think someone is watching you.

Basically when you think there is a ghost in the room.

What about in other countries I have been to outside of Mexico?

I honestly never saw or felt shit in Bolivia, Colombia, Guatemala or Argentina where I have spent some time in.

Mexico seems to be worse about it but also this is the only country I have spent years in relative to other countries.

And I only get some weird ghostly feeling like maybe once every few odd months anyway.

In the apartment I am in now, nothing weird has happened.

In the place before this by El Centro? Nothing.

In the place near Metro CU? Felt some weird shit over there though.

And before that? In Pachuca?

The place I had in Pachuca was fucking weird.

But also it was in some historical building that was old as fuck – I think, if I remember right, the landlord said it was around since the colonial era of Mexico.

Here’s some tips below to help you with your ghostly encounters in LATAM.

I mean, wouldn’t the ghost down here you are dealing with only speak Spanish or Portuguese?

If you getting frustrated and want to tell the fucker to piss off, I support you got to do it in their language?

I never had no conversations or nothing with ghosts so who knows.

Some people believe dead family members follow us around as ghosts.

There’s a grandpa on my mom’s side who died a long time ago and I remember my sister telling me she saw his ghost one time on the corner of a street when driving home.

Shit, maybe the ghost I keep seeing is him or whoever.

Maybe my long lost ancestors from Ireland hundreds of years ago.

I find having enough liquor in your system helps fight off being intimidated by a ghost.

Granted, I drink enough and I think I can fight anything that threatens me.

You a big ghost who is 9 foot tall and who could beat down Rocky Balboa?

Shit, I had a whole bottle tonight, motherfucker – bring it!

But true though – liquor can help.

And it has put me to sleep easier – which, if you are scared of a ghost, then this could help!

Granted, don’t drink too much…..

We all need a Mike, you know?

When in Pachuca, that place was fucking with me because of how obviously haunted it was.

That ghost face shit wasn’t the first time I saw shit there.

So I texted Mike when we were catching up – “this place is fucked up.”

He is very religious though and recommended I turn on some scripture shit and have it play in my apartment for a few hours.

It’s basically some stuff you can find on Youtube where this religious dude reads some religious text that is supposed to banish away spirits and shit.

Though I’m an Atheist, I tried it anyway.

Turned it on and left to get some food and beer with friends.

The ghost face thing happened after I played it like a few months after.

Though nothing happened in between!

Maybe that ghost was like “you bitch ass used religion on me? I’m back gringo!”

Like I said, that old ass building in Pachuca was pretty weird.

Lots of folks tend to think that older buildings are just worse in general for being haunted and all.

If the building is recently made, then it’s probably cool.

However, if was made in 1890 though and the owner died in the Mexican Revolution from the soldiers of Porfirio Diaz?

Shit, might be a bad call to live there…

As a last tip…

Every time some weird shit happens…

Just point your finger at the window or whatever and say sternly “fuck off!”

The ghost will see your confidence and piss right off because nobody wants to mess with a confident alpha.

I’m not sure if that works or not as I never tried that….

But I feel the theory is solid there.

In all seriousness, I have experienced a lot of random ghostly encounters growing up as a kid and experienced some or seen some weird shit down here.

Not anywhere as much though as back home in the homes my parents lived in.

But some anyway and the stories above were true.

Anyway, this isn’t a topic too many folks touch on about expat life in LATAM.

Figured I would touch on it.

Here’s some articles here, here and here about ghost stories in Latin America to give some more entertainment for those interested on the topic.

Also, here’s a few videos below about ghosts in Latin America for those who speak Spanish and find this topic interesting.

Got any stories yourself?

Drop them below in the comments.