Friends & Family Thinking You Are Crazy for Moving to LATAM 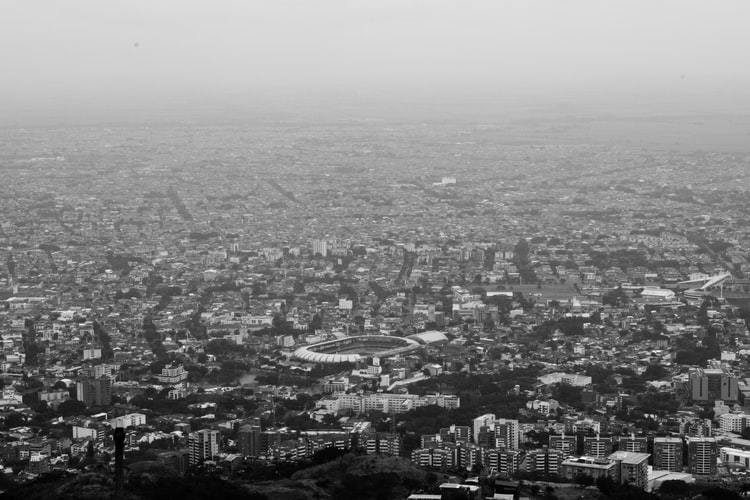 With the dumbass boss who would sniff glue during lunch break…

And the colleagues who were just as incompetent.

And now you are going to the land of freedom!

To being independent and not having to work for nobody else.

And before you get to security…

You see a group of people – family and friends.

Hurling warnings at you….

“They going to kill you boy!”

“Everybody in LATAM got aids dipshit!”

“You going to come back broke AF with no career!”

All uniquely creative criticisms tossed your way from the group of family and friends who think you gone dipshit crazy for moving to a land known for violence and poverty.

Lots and lots of drugs and narcos.

Now, in all seriousness…

Your exit to live in LATAM isn’t going to be as dramatic as a large group of familiar people cussing you out at the airport.

But you will be hearing about it from somebody and probably multiple people.

Hell, even visiting a country down here can make people think you have gone crazy.

I have an old friend from college named Kevin – a young white guy from Ohio – who I remember telling me years ago when we were in college that his dad would never let him go down there.

“Too dangerous” being the concern.

Another common concern that some will have will be if you will even be able to pull it off financially or come back broke as fuck with no career back home.

Which, to be fair, that second concern is a lot more likely and important to consider than the danger aspect.

Because unless you dumb as fuck with no common sense….

Or just got straight up bad luck…

Or going into the most dangerous barrio of Caracas, Venezuela for those cheap ass 1 dollar hookers…

You probably going to be OK.

There are areas down here for sure that are pretty dangerous but I’ve rarely had a violent encounter down here in the nearly 5.5 years of living down here as of this writing.

But the financial aspect is a more legitimate concern in my opinion for sure.

You just got to be smart about it and it can work out.

Some folks live down here for extended periods of time before going to the US again for contract work that pays relatively well.

Other folks, such as myself, somehow manage to pull in decent enough money online – often with a shit ton of work at the beginning before things get easier.

So your mileage will vary on that one!

Just be smart about it.

Either way, first and foremost, this article is just to warn you…

That, quite possibly, you will never hear the end of it.

Especially if you are younger like I am in your 20s or early 30s – you’ll have folks back home thinking you gone bad shit insane for moving down here.

I suspect this might be less of an issue for those in their 60s in retirement but I could be wrong.

Anyway, if you do happen to be in this boat, I imagine you probably hear the occasional reason from folks back home trying to convince you to move back to the US or wherever you come from.

What I call to be the “annual reason #589” for why moving down here was a bad idea.

Although usually coming from the parents or siblings, sometimes too these warnings or concerns come from friends as well according to some folks I know down here.

Though, in my experience, I don’t ever get these “concerns” anymore – they were more frequent when I just began living down here.

Which is that the concerns tend to drop off after enough time of living down here.

Regardless, that’s the scenario you might find moving down here when you first get started.

It’s not a big problem honestly but just one aspect of living down here for some folks.

I can’t imagine how many concerns the guy named Kevin from above would have from his parents if he tried living down here since visiting this part of the world apparently would cause a lot of concern itself.

But either way, let’s go into some basic tips I have for how to handle it and wrap this article up.

At least not initially.

Basically implying that it’s not permanent – just something you trying out for now.

Over time, people will get used to you living down there, little by little…

And it becomes more normal.

Especially as folks see that you haven’t gotten your kidney cut out and sold on the black market yet.

Unless you are Latino, I imagine not too many of your friends and family are using Whatsapp.

Also, if you happen to be traveling to a more remote part of LATAM where wifi won’t be available, then tell the more important people in your life about that ahead of time.

Like this one time years ago when I was in Bolivia…

And visited a very rural part of the country called Uyuni where I didn’t have wifi when traveling around in the countryside outside of the town.

As you can read here.

Suffice to say, being gone for like a week…

I had a shit ton of messages from folks trying to reach me.

Mostly family and some friends too even.

Granted, given my disappearance for the week, the concern was justified for sure.

So just keep that in mind especially if you are going to be away from the internet for at least a week or more.

Understand that the reality of living abroad – especially in Latin America – will not always be easy to comprehend for folks who have never been down here and who have certain ideas about this region.

You won’t ever be able to convince some folks back home that you are safe.

I say this just so you can be more understanding at first….

Despite how sometimes the concerns can be a little bit annoying (especially at first).

And, to be fair, their concerns about “safety” are correct to a degree.

Granted, some parts of LATAM like some areas in Chile for example or Uruguay are safer than many parts of the US.

Since not all of LATAM is the same.

But the concerns are not entirely wrong either as many parts down here are more dangerous overall with a less effective police and judicial system to work with.

And, to a degree, I feel those who have been down here long enough start to adjust to that and their perception of what is dangerous changes.

I know that is the case with me.

So try to be considerate of those concerns and understand that you won’t be changing any minds either.

It’s just part of living down here for some who hear more of the concerns than others.

Some will still be there for sure when you take a trip home.

Just plan out accordingly trips back home – how many trips you want to take and the time between each trip.

I tend to space it out – normally anyway – about 6 months apart.

In November/December and then around June/July more or less.

It works well enough when done.

Anyway, that’s all I got to say on top of my head.

Got any questions or comments?