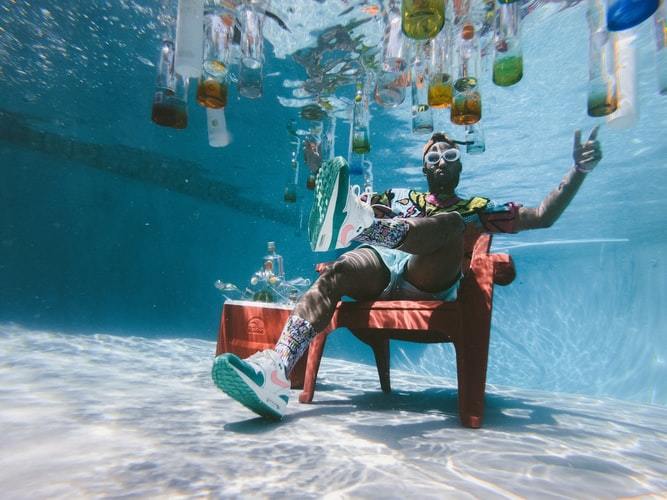 About some odd years ago when I was in Bolivia…

I met this guy from Wisconsin…

A guy named John who was close to my age..

Anyway, he had finished college and was just spending time in Bolivia working for the same NGO that I was working with.

And he just wanted some travel experience before joining the working world.

You can read more about John here and here.

But one day, John and I were chilling at the main office of the NGO that we were both working at.

I had some beer in my hand and John was there explaining to me how he loves Bolivia!

“Bolivia is the best country in the whole world!”

Trust me, I’ve met enough Bolivians with so little confidence or pride in their country that such a statement by John would make every Bolivian cry in joy.

Well, why did John love Bolivia so much?

In hindsight, I think what happened was that given that John fell in love with a Bolivian woman down here..

That gave him this feeling of excitement that he associated with Bolivia as a whole.

Because, to be honest, John wasn’t the type of guy that seemed like he was getting laid a lot before.

He was a nice guy but just didn’t seem like he ever had much confidence in himself.

Plus, he didn’t have a girlfriend before this for a while and I’m just not sure an engineering student was getting all the pussy during that time.

No offense to engineering students.

And someone who can finally touch his dick!

Well, John was now giving out all these other reasons for why he loves Bolivia…

Many of them I feel were bullshit and stuff he didn’t really care about.

Most likely, like I said, he was just hyping up a country that he associates with good things for finding love down here.

Because they probably sound better than “I found someone who will touch my dick!”

Well, nothing wrong with that either – sex and love can be great.

But one of those reasons for why he loves Bolivia?

“Latinos are so warm and everyone back home in Wisconsin is so cold and not personal.”

Well, let’s take this topic to Latin America as a whole when comparing it to the US…

Because this is a stereotype you hear sometimes.

So let’s get into it.

There is a belief that gringos are cold and not very personal while Latinos are very warm and personal.

I feel it depends.

In the US, I find folks from the coasts and Chicago as well to not be very warm or personal.

And folks from Chicago to just be assholes in general for no reason.

While folks from the Midwest of the country and the south to be much nicer.

As well as folks from those states in places like North Dakota.

And when compared to Latinos, the warmth is not really there.

But maybe you could argue people are a little bit warmer when comparing them to folks from places like Chicago, Miami, NYC, etc.

And it also depends on what type of Latino you are talking about.

As each country is different obviously.

If I had to stereotype…

Venezuelans in my experience act a little bit snobby and elitist but also can’t really be as snobby as they want because they come from Venezuela and know people could just remind them of that.

People in Argentina and Uruguay are not really that warm or hospitable in general but it depends on where they are from. In Buenos Aires, not at all. Outside of Buenos Aires, people are nicer but not amazing warm though.

The few Costa Ricans I have met act like cunts as well with a stick up their ass.

Colombians and Dominicans can be nice but it’s not uncommon for me to feel that the one I am meeting is trying to fuck me over somehow.

People from very indigenous countries like Bolivia or Guatemala can sometimes be nice and warm but it’s not uncommon to find an air of xenophobia from them and suspicious mindset regarding you as a foreigner.

Though I have met plenty of nice folks from Bolivia.

People in Chile just seem normal to me and not really anything stands out about them. Not snobby necessarily but not any warmer than people in the US. Just average.

People in Mexico can generally come across as warm as Americans but some of them, just a few, have a stick up their ass about the US and Americans in general. I don’t know, maybe those few had a cousin who was deported or something. But it’s just a few who are like that. Most are chill.

People in Nicaragua and Paraguay seemed very humble and nice! Warm as well.

So it depends on the country.

And as hinted at with Argentina, it depends on where in that country we are talking about.

Since you will notice a difference between a Mexican from CDMX to one from Chiapas.

Or a Colombian who is from Quilla to Bogota to Pasto…

Like with Colombia, I said I always feel like they are trying to scam me – well, that’s much more common with folks from the certain cities like Quilla, Cali, Cartagena, etc.

Less so with Pasto for example where I have met a few in my travels in Latin America from there.

And of course, all of these perceptions are based on limited interactions over 5 years and obviously not every person is going to resemble the descriptions provided above.

Either way, getting back to the point and painting a broad stroke across Latin America now…

Warmer than people in the US?

In some places like Buenos Aires, not at all.

And in most of Latin America, people just seem like they are in the US.

Not warmer or colder.

The only time people are “warmer” down here is either when…

You meet a local who has never met a foreigner before and is curious about you.

Or a local who has a good perception of what foreigners are like (especially white ones) and treats you nicely. Perhaps he wants to sell you something or do business with you or just has good beliefs about you based on where you are from.

Or when you meet a local chick who has a fetish for white dick and she seems very warm because her lips are wrapped around your cock.

Those Latinas are very warm!

But in those situations above, the Latino in question is not necessarily warmer on average with most people.

Only warmer with you specifically because they want something from you – your time, to meet a foreigner, practice English, sell you something or suck your dick.

Are they warmer than people back home when they don’t fall into those groups?

Or with other locals?

To Summarize – the Final Verdict

So are Latinos warmer than gringos?

I personally would say no – on average, they are not.

And in some places, they are even colder than gringos.

But comparing a gringo from NYC to a Latino from Pachuca, Mexico?

Probably the Mexican wins in that case.

A gringo from a small town in Idaho to a Latino from Buenos Aires?

In the most optimistic viewpoint I could give, I’d say Latinos are slightly warmer on average than Gringos.

But that’s being generous and really the difference isn’t that noticeable.

They can be just as warm or cold as gringos on average from what I’ve seen.

And funny enough – I’ve even met Latinos who say Gringos are warmer than Latinos.

You know what those few Latinos had in common when I saw that?

Like the husband of my landlord in Pachuca, that was his point of view when I discussed this once with him.

But he, like the few other Latinos I’ve met who believe this, are the type to look down on their own countries and think the US and Canada are so much better.

In a way – perhaps similar, to a degree, with the gringos who go to Latin America and think Latin America is a much nicer place to live because they can finally get an average looking woman to suck their dick.

You know, hyping up a country for whatever reason and coming up with reasons for why that country (or region in the case of Latin America) is so much nicer.

But that’s just my opinion.

Either way, that’s the last point to make on this topic – I don’t think either side is warmer or colder. Just depends on regional (and not country) and individual differences.