Getting Into a Fist Fight with a Democrat in Argentina 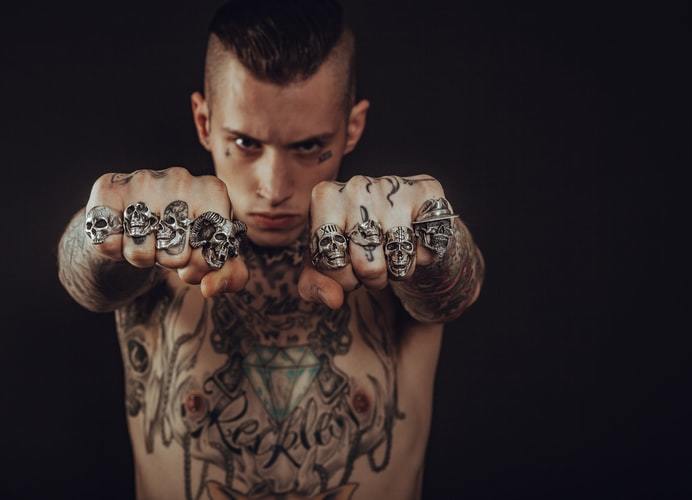 About 5 years ago more or less…

I was living in Colombia at the time for about 7 months….

But before Semana Santa – an important week with lots of celebration and all in Colombia..

Now during my time running around this region for this trip…

I took a flight from Barranquilla, Colombia to Punta Arenas, Chile if I remember right.

Then basically took busses around the area to other cities…

Where I ended up crossing the border from Chile to Argentina by bus on the way to El Calafate, Argentina.

Before taking a bus to El Chalten – a small town in Argentina close by....

Where you can enjoy a bunch of hiking in the area with so many amazing mountains to see.

Now the fun was done and all in El Chalten..

Where I was set to take a bus back to El Calafate where I would take a flight to Ushuaia, Argentina.

Supposedly the “southernmost city of the world.”

Where we would be waiting for this bus…

Now the bus was taking its sweet time showing up…

Where, in the end, it was probably about 3 or 4 hours late more or less..

Which, by the way, empanadas are these meat filled pastries that are delicious.

And, out of all the countries I have been to in Latin America, nobody makes empanadas better than Argentina.

Either way, I get back to where the bus station is as it was only a very small walk away…

Still waiting on that bus…

Now there was this dude was a black guy from Hawaii if I remember right.

About my height and a bit on the skinny side.

We explain it to him and the conversation goes on…

Something a little more political…

The British guy was basically asking “why do Americans care so much about gun rights? Wouldn’t you all have less gun violence if there were no guns?”

Now, I believe everyone should have guns if they want – right to self-defense and all.

But I had no issue with his opinion – fair enough, we all believe what we want.

And I gave my take on the topic..

From what I remember after all these years, he seemed chill for the most part in the beginning of this conversation about guns.

And I don’t think I was even disagreeing with him much – since I gave my opinion already and that was it.

So I was just nodding away listening to his take on the matter..

But then, from what I remember, he seemed to take a 180 and become much more hostile pretty damn quick.

In terms of body language mostly – there was some tense feeling in the air pretty damn quickly.

Even the British dude had a look on his face like “is he alright? Did someone shit themselves?”

And I could sense about a minute before it started…

That this guy was going to take a swing at me.

As he started to get up closer to my face.

And, in hindsight, I feel like the guy was just looking for a fight for whatever reason.

You know, there are some crazies up there in the US who take politics this seriously.

Because honestly nothing else happened up to this point – no intense arguing or nothing.

So I feel the guy was probably just itching to fight just because he disagreed about gun rights.

Which is pretty insane to think about but I guess there are probably some folks like that.

Who knows – I don’t have any experience with crazies like that since the town I am from in Iowa is pretty chill for the most part.

Not to say we don’t have our own set of crazies….

And started thinking right away how to defend myself…

The guy, as I said before, was pretty skinny for the most part and about my height.

So he didn’t have so much of an advantage in terms of muscle or height.

And, in hindsight, he wasn’t trained in how to fight someone – granted, neither am I.

And I’m not super muscular either – pretty average.

So pretty similar height, neither one trained in fighting and I had a little more muscle than him as he was pretty damn skinny.

And then it happens..

He takes his first swing at me and I saw it coming.

I take a step back and it almost hits my chin but misses.

Now, as I said, I’m not trained in fighting either – something I’d like to improve eventually down the road.

But, either way, I punch the guy the guy in the nose and he takes a punch at around my chest or stomach area.

And then, he grabs my hair….

As a immediate response, I grab his and he had dreadlocks.

So I’m not sure that was a smart choice on his end.

Because my hair is pretty short so it’s not like he can really knock me off balance by tugging on it.

Then someone grabs me and pulls me away from him for a second.

Some random bystander – an Argentine guy, I guess.

Who had nothing to do with it – I think he just wanted to stop the fight.

In hindsight, I think the fight probably lasted like maybe a minute or less – as a lot of fights are from what I know. Most don’t last too long.

And some other Argentine guy – a vendor or something – yelled that he was going to call the cops.

The Hawaii guy then starts saying “no, no, don’t call the cops, we were just playing.”

Which is obviously pretty dumb since I don’t think it looked like playing.

But the Argentine guy looked at me and I went along with it.

Since I’m not really feeling like going to Argentine prison with this guy for assault.

Granted, given it is Latin America, perhaps we could have bribed the cops away.

Either way, the guy comes up to me afterwards…

And the bus we were waiting for, funny enough, finally comes around to the area…

And this Hawaii guy shows me a knife he had in his pocket and said “you’re lucky I didn’t use this….”

Which, again, adds to how odd all of this was.

With the fight breaking out over I’m not really sure.

But I suppose I was lucky the guy didn’t have a gun….

You know, because the discussion before the fight was about gun rights?

I will walk myself out….

The situation ended there anyway.

We all got on the bus and off to El Calafate.

And the story ends there.

Anyway, if you liked the story or had similar experiences abroad in Latin America..