Challenges with Living in Latin America 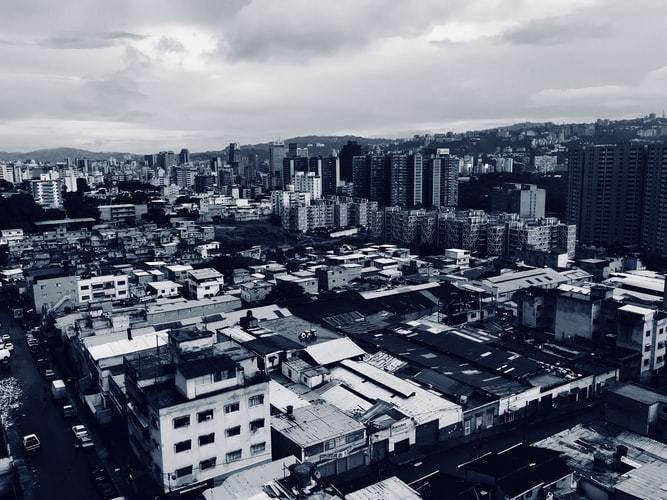 Before you decide to live in Latin America….

There are some common challenges that you will probably come across with living down here.

Just stuff that tends to come with the territory.

I figured I might as well write this article to give some info to those thinking about making the move.

By reflecting on my own life experience moving down here..

And while there are tons of things I could write about…

I decided to keep this short and sweet (rare for me) on what I think will probably be the biggest challenges for you if you decide to make the move.

So let’s look into 12 challenges below that I thought about.

As you can read more about here.

Suffice to say, I made a great decision to travel through South America…

But I had some reservations since I was feeling sick at the time and not sure I really want to travel around anymore.

And for you all, traveling abroad might be intimidating if you have never been abroad before.

Especially if you plan on moving abroad.

So that’s the first challenge.

This isn’t really that much of a challenge.

And do not speak much Spanish or Portuguese.

Easy to do if all you do is hang out with other foreigners and stick to touristy areas.

Either way, it will limit your experience greatly and I don’t recommend it.

And if you have never learned a language before…

I imagine it can be difficult.

It wasn’t too difficult for me but it does take time anyway to be conversational and more.

Challenge 3: Learning How to Make Money

I’m part of this expat for foreigners group in Mexico City.

Just yesterday, some Russian dude wrote into the chat that he traveled to Mexico City with his girlfriend and was dependent on her basically.

And was going to be dependent on her for the duration of the trip – 10 months.

So now he is asking for tips on how to make money down here.

Suffice to say, he’s going to have it rough I suspect.

Especially if his savings isn’t much.

And if your idea of making money online is competing with dudes from crappy neighborhoods of India and Colombia….

You know, the race to the bottom and all with pricing..

You are going to have a rough time.

Read my article here that gives some minor feedback on making money online.

I remember my earlier days of struggling in front of the computer for 12 hours trying to get money into my bank account.

At some point, you ideally either need a brand that you can monetize or a skill that most dudes from India or Colombia are not offering to do for 2 bucks or some crazy low price.

Where you can charge more and do remotely.

That’s been my experience anyway.

Where I was no longer working those hours…

Where I could end up making all of that money in 6 to 7 days.

And for the rest of the month?

In hindsight, that was stupid of me.

When I could have saved up more money working a more normal schedule.

And by not working the rest of the month, clients disappear.

So don’t do that.

Enjoy the low cost of living but don’t be lazy from being comfortable.

When it comes to living abroad in Latin America….

You might come around to enjoying life down here a little too much.

Where you have too many days chasing pussy and getting drunk and not taking life seriously.

And having fun is so easy.

Nothing wrong with having your fun…

Just have discipline so you don’t struggle down the road…

As you can read more about here with my own initial experience with this.

I know what you are thinking.

Pablo Escobar, drug cartels and all that stuff.

Probably because he is dead and shit.

But I’ve never had issue with drug cartels either.

In all honestly, as long as you are not stupid and don’t have too much bad luck…

You will probably be alright.

But it can be an issue as if you live down here long enough, probably something sketchy will happen to you eventually.

And the more you integrate yourself into the local society, the bigger of a target you can make yourself…

Especially if you are noticeable.

You can read more about that here.

Fun fact: I actually was “illegal” in Latin America once before.

Nothing. I paid the small fine at the airport when leaving and that was it.

But visa issues can be annoying in the long run.

When it comes to your legal right to be down here.

Some countries like Colombia are more strict from what I understand.

While other countries like Mexico are more relaxed and you only have to leave for a day or two and come back in for another 6 month visa.

Still, that can be annoying to have to deal with.

Then you have residency…

Which I have no experience yet getting in Latin America but I imagine can be frustrating to go through given the issue of Latin government bureaucracy.

At least from what I have told, it is.

By living abroad, you will probably end up missing stuff that happens up north.

Be it a wedding perhaps or maybe the funeral or someone.

Whatever it may be.

Sometimes stuff just happens up north and you can’t make it up north in time to visit whatever event that is being held.

Sucks but it happens.

This is a pretty minor challenge to be fair.

But by living abroad, you will have some people judge your life decision and think you have gone bad shit insane for moving.

Mostly because so many people would be too scared shitless to ever move abroad to a place like Mexico, Colombia, Bolivia, Argentina, etc…

In the eyes of many, all of Latin America is just one giant shithole of perpetual violence and you will instantly be shanked the second you step outside of the airport!

Plus, there will be some people who don’t believe in having a balance in life and only see a good life as one working 80 hours a week at some corporate job making as much money as possible.

And looking for that balance doesn’t make sense to some people.

Outside of that, some folks will just be envious of what you are doing – quitting the corporate job, moving abroad and enjoying life somewhere south of the border.

If you happen to be traveling around quite a bit…

Moving from one city to the next…

One country to the next…

One issue you will have is feeling alone quite often…

And leaving behind friends you made somewhere else…

This isn’t really so much an issue though if you are staying in some particular city for a long time.

But it can be tiresome to constantly move around.

Challenge 11: The Inefficiencies of Life

One issue you will find down here is how everything seems to be so inefficiently done.

At least when compared to how things are done in the US.

It often feels I can’t go a full day in Latin America without something small or big fucking up.

Most of the time, it is something small.

Like the metro fucking up in Mexico City or whatever…

But if you plan on digging your roots into Latin America…

And it depends also on how wealthy the community you are in from my experience.

The poorer the place, the worse everything is in this regard.

At least that is what I noticed.

You can live down here for 90 years…

Even without an accent.

Have a local wife, kids, house and everything else.

Truth is, you will probably never be accepted as part of the community.

At least not entirely.

Granted, with 90 years down here and all that, you will probably be accepted enough.

But you will always be an outsider in my opinion.

And viewed as such by many.

It can get tiresome but it is what it is.

Nothing too wrong with it though.

Embrace being the foreigner – don’t try being something you are not.

And you will have a better time with it and it won’t bother you really.

Usually those who try hardest to act like the locals tend to have the worst issue with this from what I have noticed, ironically enough.

Because they are trying to be something they are not and it shows that insecurity.

These are just a handful of the issues you might face when living down here.

If you have any yourself that you think are important, let me know in the comments below..