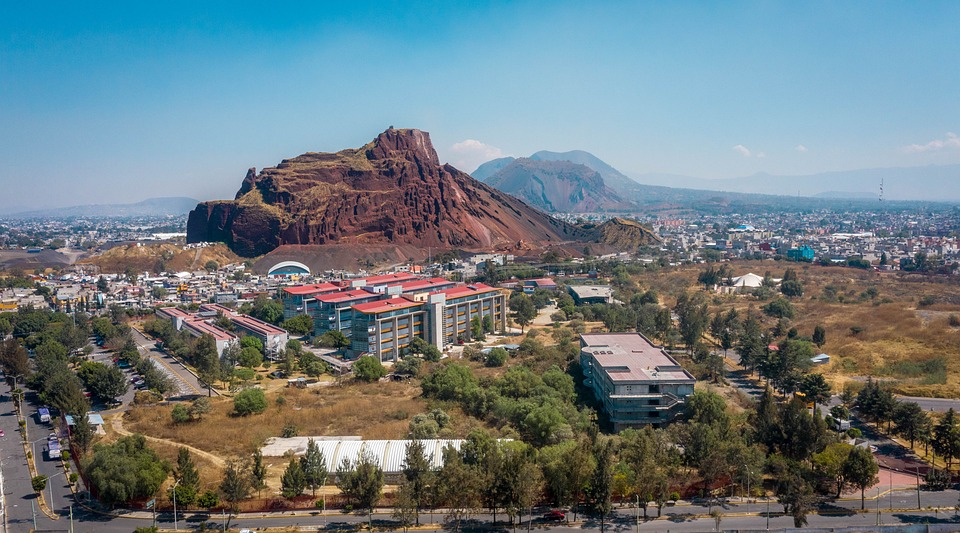 What are my least favorite neighborhoods of Mexico City?

I'll keep this short and sweet since there isn't much to say other than "this area sucks, so does this area."

These 2 areas were part of the inspiration for an article I wrote called "the grey block zones."

But not every shit hole neighborhood is created equal.

Some are "dead" shit hole neighborhoods where nothing fun or new is happening outside.

It's a fucking dead zone.

San Antonio and Jose Lopez Portillo represent that type of shit hole TO A T.

They just ain't worth stepping foot in.

While they have a dangerous reputation, that's not the issue.

Some areas like San Miguel Teotongo or Santo Domingo of Coyoacan have dangerous reputations and can be fun.

Tepito can be fun.

These two areas cannot be fun.

They just so shit that they don't got any life to them anymore.

The people of San Gregorio Atlapulco represent perfectly the stereotype of the rural man who is suspicious of all outsiders, lives in a shithole, fucks his cousin and doesn't aspire to anything more in life.

OK. That was harsh.

But it's kinda true.

There are some things I liked about San Gregorio Atlapulco but, in my brief time and interactions with people from there, I just found them to be that raging of a stereotype of the rural man who hates outsiders.

And has a bad attitude.

Not very likeable people for the most part outside of a few and, when you go into shit holes, you need the people there to be likeable to make the area have charm.

Parres is technically one of those original towns of Tlalpan.

I think Lomas de Tepemecatl is part of Tlalpan also but I'm not sure.

Anyway, there's nothing bad about the people of either area.

They're just "drive through" zones that are more rural and have nothing going on.

Not even worth mentioning.

I'm sure there is some good about either zone.

I guarantee you I could find something positive about both places.

They don't motivate me enough to do so.

Not worth your time (even if the people are nice).

This seems to be a small town area that is more rural next to San Miguel Topilejo.

Though I liked Ocotla a little more than the last two.

The people did seem nicer.

But the area suffers from the same ol' "there's literally nothing here."

Not trying to be a dick to the good people who live here but there's just not much to speak about.

Similar to San Antonio, this is also one of those "grey block zones."

The area underneath it known as Agricola Oriental actually isn't all bad and has some parts in or close to it that are livable and cool from what I've seen.

Ironic for me to say I don't like Agricola Pantitlan since I did some serious apartment hunting in the area for reasons but it's true that it's not a very nice area.

Thankfully I ended up in a nicer area slightly to the west of it as of this writing.

There was one middle aged woman in this area who helped me try to find a taxi that I wrote about here.

It's an area anyhow next to Parque Ecologico El Zapote.

And the area is kinda shit.

And a Mission Impossible task to get the fuck out because nobody outside of combis seem to want to take you away.

Not many formal taxis but a few informal ones that want to rip your gringo ass off.

Note to anyone coming here: if you don't have much on you that you don't fear getting stolen from on a combi ride, take the combi.

If so, take a taxi to Cabluebus San Miguel Teotongo and then get back to the rest of the city that way.

After a month in Milpa Alta, I'd throw these two towns of Milpa Alta under the bus.

The people were nice (as always, right?).

But there is nothing going on and, in the case of San Lorenzo, it's a major pain in the ass to get the fuck out.

Honestly, I don't hate any of the areas I mentioned on this list.

I could live in any of them for a month.

For all of them, more than a month would be pushing it unless you paid me well.

There were other areas I thought of adding to this list but I dislike them even less.

I just don't dislike them as much to include them here.

But, even with the places I did include, they're OK.

Not amazing. Not great. Not recommended you visit. But not places that made me angry to visit.

So I can't hate too much.

I'm sure there are other select neighborhoods known of Mexico City that I didn't like too much that I could've added here but they flew under my radar and/or I forgot about them.

If you got anything to add though or have your own places of Mexico City that you either like or dislike, drop a comment below.