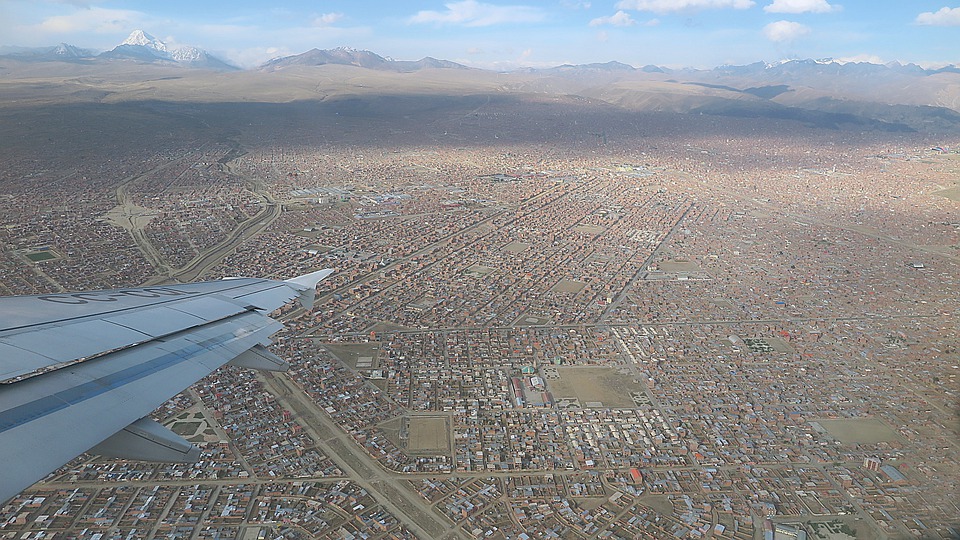 When living in Latin America, you might come across these neighborhoods or entire cities that basically look like "grey block zones" as I wrote about them here.

Where it's just endless concrete of unaesthetic appeal.

A lot of buildings that were obviously started but never finished.

Another example of this can be seen in this article I wrote here with plenty of photos of a neighborhood that looks just like this.

Quite obviously, said areas don't have the greatest reputation.

Known for being quite violent at times.

And you don't see any gringos running around the area unless they are looking to buy drugs, do volunteer work for some NGO or maybe they are just weird like me and feel like living their "for the lolz."

Though, in my defense, there are things I like about said areas like I wrote about in the first article cited and this one here.

At any rate, it is a question: why does the neighborhood look like it does?

When it comes to the lack of trees in the area, that part is more understandable as you can read about that here.

Though one does have to ask why so many of the buildings (though not all of them) just straight up don't look finished.

Who thought it would be a good idea to just leave them unfinished like that?

Of course, a large part of the answer is money but a certain detail might be in the works for some cities in Latin America that not every gringo knows about.

And, quite frankly, I am inexperienced with as I have never tried buying a home anywhere in Latin America.

But it is a detail that I have heard about before that, at least for some Latin American cities, might be applicable.

Tax Benefits to an Unfinished House?

Not too long ago, I went to the gym where I have been working out at in Iztapalapa of Mexico City.

For those who don't know, Iztapalapa also has plenty of buildings that don't look very aesthetically pleasing and some look quite unfinished but seemingly people live there.

While working out in this very cheap gym that I don't see too many people at, there was one guy there that I got talking with.

I don't know him too well as I just moved here but he's one of the few that go to this 7 dollar a month gym that I did sign up for (along with another gym nearby but farther away).

I like this one as well because it's literally like a 30 second walk away and so, if I'm lazy to walk the extra distance, I might choose to go here for the day just because for a simple workout.

It's only 7 dollars anyhow.

Anyway, I got talking with the dude and he is from Venezuela.

His name is Adrian.

At one point or another, we somehow got talking about the appearance of the neighborhood.

He seemed friendly but, like others, was confused as to why I was living there.

Not xenophobic or anything but was just curious about the story.

And that's where some comment was made about some of the buildings you could see outside the window of the gym on the second floor where a few looked unfinished but seemingly had people living in them.

He mentioned casually how "yeah, in some parts of Venezuela, it's like this too."

I forgot what city he was from anyway but it was some place in Venezuela I never heard of before.

Definitely not Caracas or Maracaibo.

But that's where he mentioned a certain detail about some of these buildings that I never knew was true.

In the exact city he's from, apparently it was or might still be the case that there are tax benefits to having an unfinished home.

The basic idea is that the person living there can claim that "it's not a house yet" and leave parts of it unfinished.

I nodded away but found that interesting.

Didn't ask too many details but supposedly they pay "next to nothing" on the taxes when they leave the home like that.

And life went on back to lifting weights, doing the farmers walk and other exercises.

Anywhere Else in Latin America?

To be fair, that's just one random city in one country known as Venezuela.

Obviously, not all of Venezuela is the same and maybe this technical rule applies to just the one city he's from and not everywhere else.

I'd bet though that, even if you had the money to live there, they wouldn't let you pull off the "unaesthetic" unfinished house in a nice neighborhood of the city.

They'd probably run you out of town or force you to finish it like how you got folks in the US who don't like having neighbors with shit lawns.

At any rate, I got curious about if this detail to life is also true of any other place in Latin America.

So I looked it up in Spanish checking out for any news articles about this in any other random cities.

I wasn't able to find out any news or information about Mexico City.

So, in the beginning, no news on any of the other cities I've lived in.

Not saying in doesn't happen in those places but I just couldn't find any information in under a few minutes.

But then I checked out Bolivia.

As you can see in this article here, it seems to be a topic for La Paz of Bolivia!

Though, as you can see here, I guess maybe it's a political topic for the city of La Paz with politicians saying at one point there will be no additional taxes for these folks and, at another point, saying there will be?

Of course, I don't live in La Paz so I'm not sensitive to 100% of the details surrounding this topic for this city.

Of course, it's a question of if this happens elsewhere in Latin America.

I guess we have a confirmation of two places in two different countries but that's all I could find in a few minutes of basic research.

As I said, I'm not from Latin America nor have I ever bought a house anywhere here so this was news to me.

If you have any information on this happening elsewhere in Latin America, I'd love to read up on it.

It's just a interesting little tax benefit that I never heard of and, perhaps in part, might explain why some of the housing (though not all) looks so unfinished in some of the specific neighborhoods you find in different Latin American cities.

Anyway, leave any comments below.

Previous post: The Mystical Wisdom of “The Local” in Latin America Next post: Latin Americans Insisting On How Welcoming Their Country Is