The Odd Formality of Latin American Speech in Certain Regions 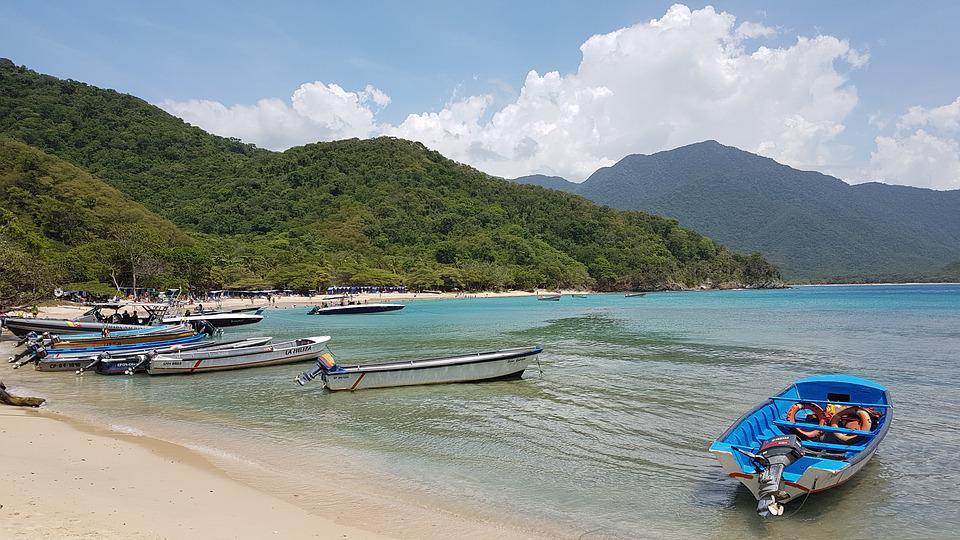 Years ago, I was in a Colombian city known as Santa Marta with a chick I was dating.

There was some nearby beach we were headed towards that had some live concert going on and a bunch of activity all around.

Being there for the week, we had already enjoyed some good food spots in the area by this night.

Closer to some beach area, there was one place in particular that had really good empanadas.

Which is notable because, in my experience in Colombia, I rarely found any place that served good empanadas.

...Got to return to Argentina for the best.

But there was also one other thing about this place that was notable also.

It was one of the first times I noticed a certain odd formality in how some Latin Americans speak (especially as my Spanish had finally gotten a lot better by this point where you do begin to notice odd ways of speaking that you wouldn't have before).

At this little restaurant spot that served good empanadas, we walked up and the owner recognized us as we had been there the night before.

He hands us the menu.

We give it a look but I already knew what I wanted.

So I point at the menu what I want while saying how many empanadas we would like to buy.

He nods, takes the menu and then begins talking with us.

The conversation was typical -- basic questions of "what are you doing in Colombia? You like Colombia? How long are you here for?"

But, during our conversation, I remember one thing in particular that was kinda odd.

I don't remember the exact context in which he said it but he said to me the following: "su merced."

Which means "your mercy" in English.

At the time, while my Spanish was a lot better by then, I never heard the word "merced" before and didn't know what it meant.

So I rolled with it but sometimes I do take random words I hear that I don't know and try to look them up later to improve my Spanish.

Asking my girlfriend later on what he said after the conversation, she told me "su merced."

I then looked it up to find out it does mean "your mercy."

Which is a tiny bit weird for a few reasons.

For one, I have gotten to know now in hindsight that Colombians on the Caribbean Coast tend not to speak so formally.

So, for all I know, maybe this dude was from another part of Colombia?

Because, as I began to travel more into the interior of the country, the phrase "su merced" hit my ears a little more often.

And the oddity of it is similar to the fact that Colombians also seem to be quite comfortable using the "usted" instead of the "tu."

For those who don't know, "usted" is a more formal word than "tu" in Spanish.

In the same way that I have also heard some Colombians use the word "patroncito."

Above all, the formality of how Colombians from certain parts of the country speak was always a tiny bit weird to me when I lived there.

But, like I said, the formality you hear in how people speak appeared to me to vary by which region of Colombia you are in.

That was my impression anyway as a foreigner.

But it's not just Colombia that has certain formalities that just seem strange to me.

The Mexican at Your Order

Here in Mexico City, I was reminded of this topic again yesterday when I had some Uber Eats driver deliver some stuff to me.

He was bringing me toilet paper, toothpaste and some tea.

Then he arrived to my neighborhood.

I walk outside looking for him but don't see any obvious Uber Eats driver.

At least not initially.

In my specific neighborhood known as Pedregal de Santo Domingo, it's not uncommon for delivery people to get lost looking for my house because, as I wrote here, the numbering system of the neighborhood is all fucked up.

Plus, our house doesn't have an actual number on it on the outside.

Anyway, I eventually make eye contact with someone and he lifts his chin up and yells out "Matt?"

Then he walks over with another man behind him.

They give me my bags.

Right before I took them though, he put the bags down onto the street and washed his hands with some hand sanitizer.

Then he gave me the bags.

To which both he and his companion greeted me with the "a la orden."

In English, that means "at your command" or "at your service."

Quite frankly, I can't imagine working a job in the US and saying to people "at your command, good sir."

Sounds way too fucking formal. Like bro, you're just a McDonalds cashier. We aren't in the Royal British Military serving the Queen or some shit.

But it didn't bother me.

Just sounded a tiny bit weird to the ears to hear such formality.

Gave him a tip.

At the end of the day, it's just another observation about the Spanish language and how people speak in various Latin American countries.

You hear other formalities in other countries too, including the "a la orden."

Though, as demonstrated in the case with Colombia, the amount of formality that someone speaks with obviously depends on the region they are from.

Not all of Latin America is the same and people in some areas speak less formal than those in other areas.

And context matters too obviously in terms of who you are speaking with.

When it comes to gringos speaking in Spanish down here in Latin America, sometimes though we can come across as "too cold" or "rude" or "impersonal" by the way we speak to the locals.

Not that we are trying to be so but it can come across that way.

For example, when you wish to buy something on the street and you don't start the interaction with a "buenos dias" or a "buenas tardes."

You just walk up, point at the sign and say "5 tacos de pastor" like you are commanding the dude to do something without even a nice greeting.

I've heard of some Latin Americans complain about that or at least recognize that we gringos are not always as formal or polite or personal in our way of speaking.

Though I would chalk that up to, at least in part, the fact that some don't speak Spanish well and are speaking in a language that is not their own.

Plus, you do got cultural differences.

Still, I find it ironic when a Latin American might complain of this but yet some of them use phrases like "su merced" or "a la orden" that make them sound like they are subservient to you.

Because who walks around using phrases like that in everyday speak without coming across as subservient?

That's how you come across.

Anyway, I appreciate this way of speaking among some Latin Americans even if I still do find it slightly odd or slightly too formal.

But it is what it is.

A little nuance in how certain people speak down here.

Previous post: The Benefits & Risk of the Extra Sun in Latin America for the Expat Next post: “It’s Not Europe, It’s Latin America”