The Hot & Cold of Mexico City 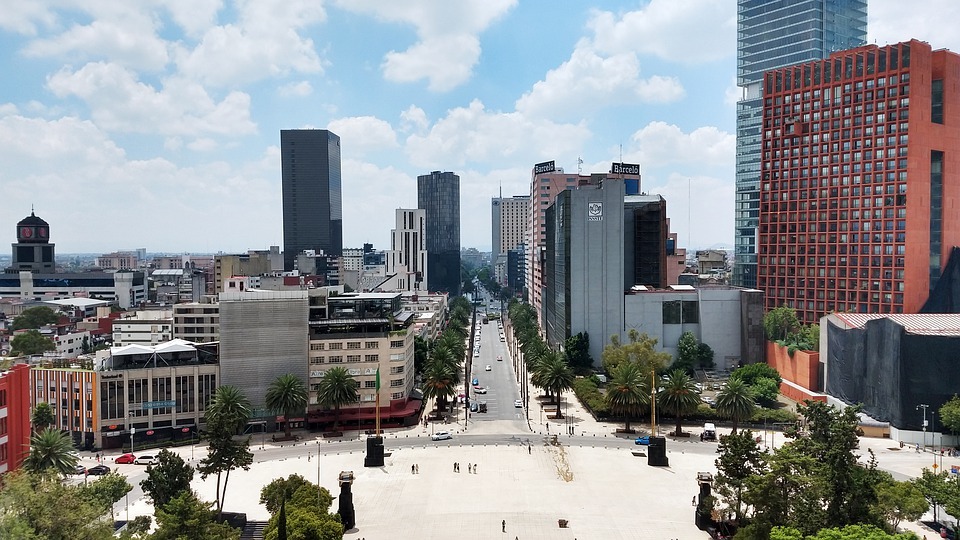 My experience with Mexico City can be, in part, summarized by those 6 words and the experiences that come with them.

Before I moved to the north of Mexico City around Gustavo A. Madero, I was living in the south by Metro Copilco in Coyoacan.

In that apartment by Copilco, my apartment was average temperature.

Not hot or cold but, on rare occasion, it was a tiny bit cold.

Then I moved to the north of the city.

In either apartment in the north, it was HOT AS FUCK.

Where I’m not exaggerating in saying that you literally could’ve sat down in a chair and do absolutely nothing and be sweating your ass off.

Thankfully, I had a fan.

It’d be hard to work (I work from home) or sleep without the fan in either apartment as you’d literally be covered in sweat very quickly.

Your hair would be wet as fuck.

When I lived in that part of the city, I remember a friend of mine named Blayde telling me how it’s cold as shit in his apartment by Metro Viga area (closer to the center of the city).

Whenever he said that, I was envious and confused.

“How the fuck is it cold where you are at? I live in the same city and it feels like I’m neighbors with Satan.”

Then I left the north of the city.

While I had good things to say about that part of Mexico City as I wrote here and quite possibly I might move back someday, I did move away back to the south of the city.

Specifically, I am now slightly more south than Metro Copilco area as I live in an area called Pedregal de Santo Domingo close to Metro CU.

As I wrote here, I am cold as fuck in this apartment.

If I don’t have a jacket on, I am literally shivering.

Even when I go outside when the sun is out, it never feels too hot.

But, once the night comes, it definitely feels cold as fuck.

Not only do I need a jacket on 24/7 but I also prefer to have a blanket because I’m a pussy ass bitch I am cold.

Regardless, I can safely say that I would rather have a cold place than a hot as fuck one.

Not like I’m covered in snow and having to scrape ice off shit.

It’s a tolerable amount of cold.

Whereas, in contrast, the heat I was feeling was not very tolerable without a fan when I lived in the north of the city.

So, at the very least, I can answer you right now which of the two do I prefer: a cold apartment or a living on Satan’s balls hot as fuck apartment.

The former without question.

But, as I got thinking about this today, it did make me wonder…

Was my experience unusual?

What does it possibly say about the temperature in various parts of Mexico City?

Perhaps I got unlucky or perhaps I simply picked areas of the city that are more predisposed to being cold or hot.

I began asking myself this question today because some chick in a Facebook discussion that I was part of mentioned how, in her part of the south of Mexico City, it’s cold as fuck.

And I pointed at the laptop screen with my brandy and yelled “I SEEN THIS BEFORE!”

So maybe I’m not crazy and there are parts of the city that are more likely to be cold as fuck or hot as fuck.

So I did the armchair research in the last 10 minutes to give you the information needed as to which parts of the city might offer you the temperature you desire to live in.

Obviously, as a side point, don’t go living in any place that is “azotea” or basically on the top of any building for reasons that it’ll be hot as fuck.

But, putting that aside, what does the information online say about which places in Mexico City are hot as hell or cold as hell?

What the Research Says

Eh, I’m drunk as fuck right now on spiced rum, listening to the Rolling Stones here and have already written quite a bit today.

So I’m not going to bullshit you with endless information.

From what I could tell online, my theory was true.

Want to know the coldest and hottest areas of the city?

First, here’s the source on the hottest areas of Mexico city in this article here.

I fucking knew it!

I fucking knew it!

Second, here’s the source on the coldest areas of Mexico City in this article here.

So that’s all I got to say.

Hopefully, this article is helpful to someone planning on moving to Mexico City or thinking of switching neighborhoods.

Before moving from one opposite end of the city to the other like I did, just know what you’re in for when it comes to temperature.

Before moving anywhere to the city, do your research as to which areas of the city have the right temperature for you.

And, for those who hate the heat, obviously don’t live in the “azotea” parts of any building.