A Desire to Move Beyond Modern 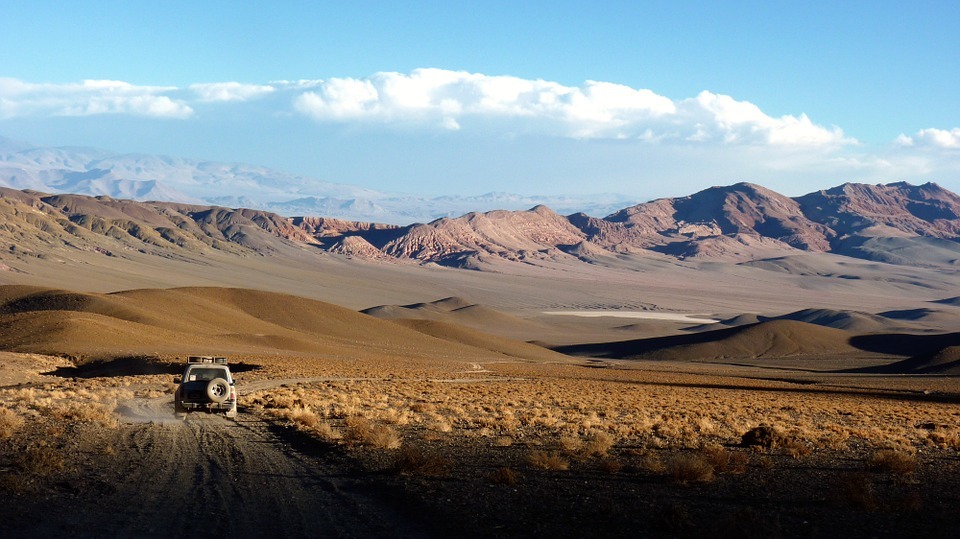 When I first moved to Mexico City about 4.5 years ago, I found myself living in Roma Norte of the city.

Compared to some of the places I had been to before Mexico City, I was pleasantly surprised by how modern everything was.

While that should be no surprise as it is the capital of one of Latin America’s wealthier countries, it still served as a contrast to my previous years running around this region.

It was one of the huge draws to be honest.

How cheap it is to live here mixed with how relatively developed the city is.

Where I’d be by Durango street and just appreciating the urban view of the city all around me in my first year living here.

It fitted so well what I wanted that I have honestly seen no real reason to leave.

I’m so comfortable here so why go anywhere else?

Got more friends here than anywhere else.

But, over the years, my tastes have changed slowly.

Before the whole Covid thing happened, I remember the first spark inside me wanting a taste of the rest of Latin America again.

Thinking seriously if I should leave Mexico City again to travel some more before settling down somewhere.

But it was a small spark in the moment as I still liked living in Mexico so much.

And I still do!

Mexico City is still one of my favorite areas of Latin America and it is one of my top picks for where I might settle down someday.

But, over the last year especially, the urge to move is getting stronger and stronger.

To the point that, for other reasons also, I find myself moving to a new apartment every 2 to 6 months.

Part of the reason, among others, is just that I have this odd itch to “keep moving.”

Like reading a book where you want to keep going through each chapter.

Time to change the chapter?

Let’s move to a new neighborhood.

But it’s not just the itch to move that I am feeling.

It’s also the desire to move away from the more modern areas that Latin America has to offer.

Waking Up to Roosters in Pedregal de Santo Domingo

Ironically, I’m not interested as much in tall buildings of an urban city.

I’m tired of being comfortable.

Just the other day, I woke up to a new neighborhood of Mexico City.

One I had lived in before.

While I was living in the north of the city that was relatively more modern looking with taller buildings, better looking roads, nicer cars on the street, etc….

And when I woke up a few days ago to the sound of a rooster outside, it felt like my time years ago living in Xela, Guatemala.

And, for some reason, I liked that feeling.

Being honest though, it’s a little more of a rundown looking neighborhood.

Here’s a few photos of the place.

When young Mexican students move to the south of the city to study at UNAM, they often look for rooms but mention that “they won’t move to Santo Domingo.”

It does look uglier down here than elsewhere in Mexico City.

Granted, I already spent about 5 months here before and roughly 6 months in surrounding areas.

So I’m more familiar with the area and it carries good memories for me.

Which sounds ironic – wanting to move but choosing a place I already know well.

Still, as I said, I’m desiring to get away from the touristy areas of Latin America to a degree.

I don’t know how else to describe it.

Other than a desire for a scenery that I remember too well traveling to less modern cities like Quilla, Xoila, Cocha, Potosi, Pereira, Managua, etc.

Honestly, I don’t know why I want this.

Maybe someone reading this can understand somehow.

You know, one idea someone might bring up is “you want to see poor areas. Poverty tourism.”

I have my reasons for why I prefer non-touristy areas these days – less upper class folks, less homeless demanding my money, less people seeing me like an ATM machine, nicer locals that you can connect with easier, etc.

But those don’t explain why I live in Pedregal de Santo Domingo.

It really just goes back to a “feeling” or a “desire” or an “urge” to not only travel again (by moving constantly) but to both dig deeper into Mexico City beyond the touristy areas as I already know those areas well and to reignite the feeling I had traveling to less modern parts of Latin America.

And, on top of that, there being this urge to not want to be as “comfortable” anymore and to push myself out of my comfort zone.

Yeah – I think those last two paragraphs sum it up well.

And maybe, in a way, it’s preparing me for the adventures I hope to have once I begin traveling again.

I watch videos like this here where dudes just stroll into rural villages of Bolivia and I think “damn, that looks cool.”

While there’s a place and time to see more touristy sites like Lago Titicaca, there’s also a part of me, especially after getting close to a decade now in Latin America, to “dig deeper” beyond the touristy areas.

Find some mountains to hike too like I used to.

Visit more rural towns in Peru where I find a local market and stumble across a sword used in the battle for independence from Spain being sold for only 32 soles.

Visit bars that only a few locals talk about and make some friends with folks who will invite me along to go snort cocaine off a hooker’s ass while then hiring me to be a gunmen to take out a rival gang’s boss.

Get on a motorbike and ride around.

Maybe a cop along the way will extort me for a bribe but, after a conversation, drops the demand for a bribe and asks me to help him reconnect with his American ex-wife in exchange for an invitation to a party at a drug lord’s mansion in Colombia.

So, for the moment before I can begin traveling again, I have to say that’s really what I’ve been fucking around with in Mexico City for a year now.

Just moving around to strange neighborhoods few would ever visit.

Get a few stories here and there under my belt.

Unfortunately, I’ve yet to fuck a monkey or be invited to drug lord’s mansion but I’m working on it…

And I feel the next 6 months to a year will involve plenty of fun also – probably a lot more than the last year as this “itch” to dig deeper beyond the touristy areas, do cool shit and stay outside of more “modern” areas is really strong these days.

As I look outside of my window, I can already appreciate the scenery of what feels like home.

The neighbor across the street is getting bitched at by his wife (possibly his cousin also) at 2 AM with some music going off like songs from this bit here.

Roosters are active as always.

The dogs are quiet though.

And there’s probably a cop car somewhere in the distance looking to fuck someone over for a bribe.

Unfortunately, it’s too dark for you to see anything from my window so here’s a different photo from the back.

More peaceful on that side.

In the end though, that’s all there is to say.

While I was happy with the extra modernity in the nicer areas of Mexico City when I started without a desire in my bones to move, it’s time really.

For some reason though, I find it difficult to leave Mexico City currently.

I have some loose ends I want to finish up before I move on but, for now, my time in Pedregal de Santo Domingo and any time in other neighborhoods will have to satisfy that urge to move and to “dig below the surface.”

Then we can finally have more fun outside of Mexico.

To which, if I had to guess, I’ll probably be desiring a more normal life in somewhere more modern again whenever I settle down somewhere.

Or maybe it won’t be modern.

The contrast of moving into Santiago, Chile or a small village in rural Argentina where I start a little “Americano” village of my own with a happy family of a wife and our 20 kids.

I’ve definitely had my eyes on a life in Patagonia for years now.

As I get older, I could see myself potentially moving into a less urban area if my tastes change but time will tell.

In the end, I hope I explained well enough how I’m feeling and these changes in taste I’ve had over the years but I doubt it as I feel there are other ways to describe it. Maybe I’ll expand on the thoughts later.