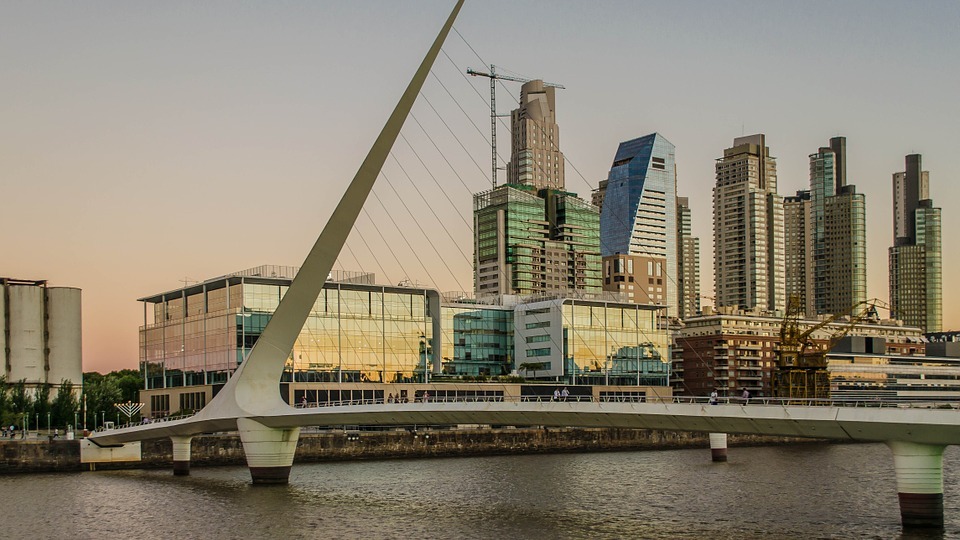 Some odd years ago, I did a brief period studying in Buenos Aires of Argentina.

This was maybe 6 or 7 years ago roughly?

When I did, it was through some program that had me taken some classes at some graduate school and some at the University of Buenos Aires.

A combination of both.

Well, let’s explain it briefly because there isn’t much to say.

As I said before, I took classes at both some graduate school and the University of Buenos Aires.

The graduate school had one building where the classes were offered.

And the classes at the University of Buenos Aires were scattered about a little a bit.

From what I remember, the campus of the University of Buenos Aires is a bit scattered with building all around the place.

There was never any “formal” campus.

It was very much mixed in with the broader city from what I remember.

To be honest, I don’t know if the university has any.

I’d guess that they do.

However, given how “urban” the campus is, you have so many food options very close to the campus.

When I studied at any class on the campus of University of Buenos Aires, I’d go to a nearby pizza place for example.

Which is a side point – they really like pizza in Argentina it seemed.

And they did a good job making it.

Otherwise, I’d maybe get some empanadas?

The empanadas in Argentina are by far the best I’ve tried anywhere in Latin America.

There was also some café nearby that offered good food also.

Anyway, that’s the point really when it comes to food.

I never tried any food on the campus itself and always food spots very close to the campus given how urban it was.

I can say there were plenty of good options nearby.

The buildings where I took classes were pretty safe.

As I said, the campus was all around very urban so it wasn’t a closed campus that checks the ID of everyone coming in.

But the streets felt very safe.

The Location of the University

From what I remember, many of the buildings were closer to downtown area of the city?

It’s been a long time but I think many of them were close to a spot called Plaza de Mayo.

Anyway, Buenos Aires has a metro system and not just a bus system.

It’s easier to get around the city over longer distances in shorter time.

Though I had some issues with the transportation system in the city (primarily my metro card constantly not working), I never had too many issues getting around.

So you don’t need to be right next to the university buildings.

But let’s get to the university now.

Keep in mind that I never took any integrated classes with the university.

Meaning that I never took any classes where other Argentine students were part of it.

All of them happened to have other foreigners in the classes.

And all of the classes were in Spanish.

Anyway, I took a handful of classes. The ones I took, from what I remember, were the following:

Let’s get to it anyway class by class what the experience was like.

This was a class where I had to write some thesis in Spanish on whatever topic agreed upon.

It had to do with yerba mate production in Misiones, Argentina.

The thesis itself was maybe about 50 or so pages more or less but the requirement was I think half of that more or less.

When I got to Misiones, I had some dude on the ground living over there who showed me the ropes of what to look at.

Who had contacts and all.

He actually wasn’t as knowledgeable himself about yerba mate in Misiones but his contacts were more helpful.

And the people I was working with back in Buenos Aires were not very helpful either.

I actually got some initial resistance to doing my work in Misiones because there was a limit on the funds available to give for the trip.

But they did manage to cover part of the trip and ultimately agreed to let me do it.

Anyway, I wrote the thesis and that was it.

This was probably one of my favorite classes I took at the time.

It was interesting to learn Spanish vocabulary necessary for research methods and ethics in the social sciences.

My sister is taking a research methods class now in Iowa and I guess it would be cool to compare our experiences.

But I have no idea if it’s different for her given her field of studies is a little bit different than mine.

Anyway, the class was pretty cool in both learning interesting vocabulary and also practices to keep in mind when it comes to interviewing people and doing academic work in the social sciences.

I feel it is a little bit misleading to say this is a “all things Southern Cone” course.

Though it was labelled as such, it felt like half of the course was more on broad Latin American history.

Then it shifted over to Argentina with a little bit of focus on Brazil, Paraguay and Uruguay.

Much of the course very felt very basic in material covered with a lot of it having been basic stuff I already learned in previous classes or from my personal experience living in the region.

I’d say it was more helpful for those who have no idea on what Latin America is like or its history.

A more basic crash course in some of the broad essentials to understanding the region.

If you already had any knowledge though of Latin America, this course really wasn’t going to help you in anyway understand anything new.

And, funny enough, the professor behind the class spoke REALLY fast that every foreigner in the class told him “yo, can you speak slower?”

Out of all my years in Latin America, I’d probably say this dude is in the competition for fastest Spanish speaker ever.

Having said all that, the class was taught well by someone who knew how to teach and was passionate about the subject.

Finally, there was some course you took based on how much Spanish you knew beforehand.

Similar to the last course, I didn’t feel like this was a necessary course to take ever.

I had about 6 years of studying Spanish formally beforehand with some time living in the region before I took this course.

And, just telling you right now, there’s only so much material you can learn grammatically before you relearn what you already learned.

In all of my time studying Spanish formally wherever from Iowa to Ohio to Guatemala to Argentina to Colombia, none of the above beat what I learned by living down here and speaking with people outside of the classroom.

If I never had that real world experience, what I learned in the classroom wouldn’t have taken me anywhere near where my Spanish ability is now.

And, as I said, you take enough time in the classroom and they’ll eventually make you relearn the same grammatical shit that you learned before.

I’d say it’s a waste of time to hit at the same topics over and over.

The class would’ve been better for my language skills if, instead of just relearning grammar rules, they took us outside and had us interact with random locals.

“Hey Matt, see that random Argentine old dude over there selling chocolate? GO OVER AND TALK TO HIM, GRINGO!”

Anyway, similar to the History of Southern Cone class, it wasn’t a bad class.

It was similarly taught well by someone who cared about the subject and knew how to teach.

It just wasn’t necessary for me.

Final Verdict: Worth it?

Was it worth it?

Academically, I’d say the research methods class was very cool and so was the independent research class.

It was all cool.

Even the classes that I felt weren’t as necessary, like the history and basic grammar class, weren’t taught badly.

They were good too.

Anyway, there isn’t much more to say here.

It was a cool experience.

Enjoy this video showing the campus of Buenos Aires.