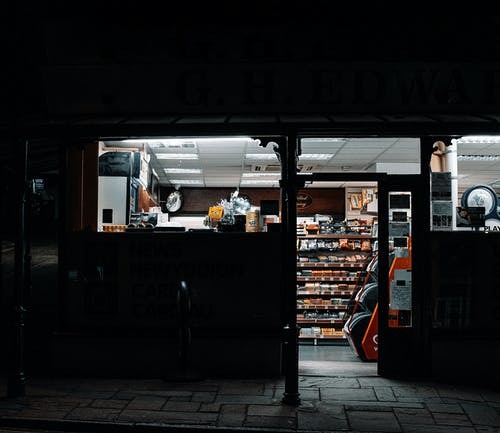 Today was the worst day of my life.

So bad that I am LEAVING Latin America RIGHT NOW!

I am TIRED of EVERYONE trying to scam me ALL THE TIME!

When I walk outside, I see scams EVERYWHERE.

Everyone wants to fuck me over!

Even the abuelitas selling oranges by the corner of the street.

And today was the worst of all…

About 4 hours ago, I walked over to the nearest 7-11 to get some water.

I have this container of water that usually holds 20 litres of water.

Walking downstairs, the security guard saw me coming and unlocked the door to let me out.

And you know what?

He was probably thinking “filthy gringo. I will scam you one day….I WILL!”

Anyway, I got walking outside and it’s about midnight.

I’m looking over my shoulders for crackheads, corrupt cops and trans Venezuelan prostitutes who are all likely to jump me and take my wallet!

I ain’t letting them steal half of my wealth….

Once inside, I grab some cheese for dinner that I’m going to cook later.

And go to the counter.

The cheese itself was exactly 20 pesos.

So far, I haven’t been scammed by anyone.

But then the young guy behind the counter scans the empty container I placed on the counter.

I come here several times a week and it is ALWAYS 46 pesos!

This joven is trying to fuck me over, I tell you!

Because it is normally 46 pesos.

So I’m thinking “why is it double the price?”

Anyway, the young guy is confused as well since all he did was scan it and that’s what the screen says.

In all seriousness, I thought that maybe there must be some shortage of water and that’s why it is double the price.

But he checks with the old lady running the place and she tells him that he messed up somehow.

That he is charging me for the water AND the container that I brought in.

When, obviously, the container was mine to begin with.

Which, when looking at the screen, was what I thought he was doing since that was the only logical explanation really.

Anyway, the guy corrects it and it turns out to be 46 pesos.

I hand him the money.

He hands me the change.

And I get the new container of water.

Walking out, I am FURIOUS.

“Did this local try to OVERCHARGE me so he can POCKET the difference?!?!”

Before I walk out the door, I kick it and the glass shatters.,

The young worker behind the counter gasps in fear.

Then I pull out a gun and say to him “ya vete a la verga, diablo chico.”

And he yells “NOOOOO”

Then I shoot him.

And run out into the night.

With a stolen snickers bar in my pocket.

I ain’t letting these cocksuckers scam me no more!

Though, when I got home, I realized something....

The joven didn't give me all the change I was due -- 1 peso was missing!

Or was that all bullshit?

Alright, bullshit aside, let’s be serious for a moment.

Most of what happened in that story above actually did happen 4 hours ago.

Except it wasn’t anywhere near as dramatic.

I wasn’t enraged at some possible conspiracy to rob me of an extra 54 pesos.

Obviously, nobody died that night and no glass door was shattered.

Still, the young worker did make a mistake in that he was accidently trying to charge me for a new container also.

Truthfully, he just made a mistake scanning the thing without discounting the price of a new container.

The bigger point here though is that, to be fair, there is a time where you, as a gringo, might have a mentality that, in some way, resembles the one above.

In which, after a while of living down here, the effect of being an outsider gets to you psychologically.

And you are always on the lookout for anyone trying to somehow “fuck you over.”

I wrote more about this type in this article here.

In which, at times, you might see some random gringo…

Maybe after having spent a month or two in China or India where, supposedly, bargaining over prices is more intense or something.

And they come to Latin America ready to bargain over the very last peso.

And trying to buy his vegetables for 5 cents less.

To the last penny!

And, if said gringo doesn’t get the price he wants, he walks away irritated with the mentality of “cocksucker….he tried to gringo price! Scam me! These locals are all scumbags!”

Subsequently, said gringo walks into a 7-11 to buy some water.

And, in his case, maybe he does get enraged at some minor mistake that the young kid behind the counter makes.

Perhaps he goes to the nearby Burger King and the lady tries charging him 39 pesos for some fries instead of 35.

Thinking that the young employee is going to “pocket the change” when, in reality, that extra 20 cent price increase was something normal that the company implemented because of inflation or whatever.

The title of this article was initially going to be something like “they’re not always trying to fuck you over.”

But then, given the nature of how it started, I felt like putting something up that is more eye-catching that also reflects, to a degree, the paranoia that some gringos have about “getting fucked over.”

As I said, when you are a outsider long enough, and you have dealt with enough locals trying to fuck you over, it’s easy to think that the next person is somehow mischievous when they’re not really.

And it depends on the country you are in too.

In Mexico City, I don’t carry this paranoia as much because, in my experience, most people in Mexico City seem honest enough to do business with.

But then you have countries like Panama, Guatemala, Bolivia, the Dominican Republic or Colombia that come to mind…

And, yeah, this paranoia about “getting scammed” or “gringo priced” kicks in a little bit harder because you’ll notice a lot more locals genuinely trying to fuck you over.

The more it happens, the more you feel like an outsider.

The more defensive you might get against any possible “gringo price” thrown at you.

To the point that, in some cases, you might be full of shit yourself when a particular person, like the 7-11 guy, isn’t trying to fuck you over at all.

Or the lady trying to sell tomatoes or shampoo on the side of the street is genuinely giving you a good price.

In short, there’s nothing wrong with not letting people fuck you over or being mindful of “the gringo price.”

Don’t tolerate or do business with people who discriminate against you for your skin color, accent or nationality.

But, at the same time, drop the paranoia and try to be reasonable.

Not everyone is trying to fuck you over.

If you live with that mentality, it’s only a sign that you likely carry with you a certain jadedness that isn’t healthy to staying happy down here.