“Bolivia Was Better Before YOU Came here!” 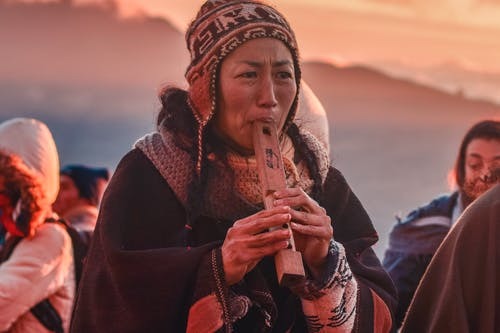 Back when I was living in Cochabamba, Bolivia…

I was working for some NGO that hosted a bunch of foreigners mostly to do local work.

Now, in Cochabamba, it really wasn’t that much of a touristy area.

Granted, Bolivia as a whole isn’t very touristy whatsoever either (compared to other Latin countries anyway).

Still, it does have some tourism and it isn’t terribly difficult to find a gringo in Cochabamba either.

Though, in my brief experience in Cochabamba, it felt like one of those places where, with enough time, you’re going to know just about every gringo who lives there.

Suffice to say, it’s not flooded with gringos in anyway.

Still, when I was there, I met another guy named Frank.

To keep it short, Frank was a weird type of guy who felt some connection with local indigenous stuff in Bolivia.

And, for the most part, it didn’t feel like he was “all there.”

There was always something awkward or socially amiss when it came to Frank.

Nonetheless, he was a nice enough guy and we talked a few times.

Now Frank worked for the same NGO that I did that brought in any foreigner that ever volunteered in the city basically.

One day, while I was sitting on the sofa in the back of the NGO building, I see Frank walking along by into the room I was at.

He decided to pour himself some coffee as the day was just getting started at what was probably around 9 or 10 AM more or less.

And we made small chat about whatever really.

Mostly about life in Bolivia since sometimes gringos like to talk forever about life in whatever country they are in so they can vent, get stuff off their chest and find something relatable with the other gringo.

In this case, I remember Frank was initially talking about some date he had set up with some older Bolivian woman that basically flaked on him.

The short version of the 10 minute monologue that Frank gave me was that he was supposed to meet this chick at some random mall in the city.

He waited 2 hours for her.

He didn’t leave though because she kept texting him “oh, I’ll be right there!”

In the end, she never showed up and had Frank basically standing there for no reason for 2 hours.

Anyway, the conversation somehow turned at one point to the presence of foreigners in Cochabamba.

I forgot how exactly we arrived to that point of the conversation but I think I asked him simply how has Bolivia and this city changed over the years he has been here.

So he begins talking about all of the extra foreigners in the city.

Starts talking about how it “takes away from the spiritual aspect of Bolivian culture” with all the gringos.

Where you got these shops in La Paz and other cities selling artisan goods to foreign tourists and all.

And how it is all “monetizing indigenous culture” in Bolivia and whatever else.

Especially with the presence of more non-indigenous people in the country.

Where, from his perspective, having more white people in the country basically saturates the indigenous cultures of the country somehow.

On top of that, he went on about Bolivia being more expensive with the extra tourists.

He ended up going on, as he seemed to be good at, a 10 minute monologue about this topic.

Funny enough, he was white himself and not at all Latino from what I knew.

On top of that, I guess you can say it’s a bit ironic that he also works for an NGO that strictly brings in foreigners to do work in the country.

When I asked about that, he said something about how the NGO does good work anyway so it’s OK.

Still, despite the relative lack of tourism to a city like Cochabamba…

What Frank was going on about actually isn’t too uncommon among some foreigners in Latin America.

This is a complaint that a few gringos who have years living down here might throw out there.

You hear this same type of comment made on the Expat Files podcast once in a blue moon where the host talks about the negative effects of all the extra gringos flooding into a place.

Like, for example, the increased costs of living there to all of the more aggressive locals trying to gringo price you.

Which, to be fair, that is all true!

That does happen in a place with more gringos.

Either way, the point here to make is that this type of foreigner exist.

And how, with the arrival of all the people who are like me, this place is RUINED!

The most notable example I can think of that is Medellin in Colombia for sex tourists.

Where, in the past, it was claimed that Medellin was the best city to be in Colombia to get hot easy ass.

Then gringos flood into the place all looking for ass.

Consequently, you now have gringos on the internet who have claimed that “Medellin is ruined” or “not as good as before” for the sex tourists.

And I’m sure there have been other cities in Latin America that have been “ruined.”

You have this article here by Expat Chronicles that is titled “Let’s Go to Cuba …. Before it’s ruined!”

Though, in actuality, the article itself has some reviews by other expats who don’t necessarily give the best reviews of the place.

Already ruined? Eh, who knows. I’ve never been there.

At any rate, part of me wonders how much of this is just basic nostalgia for a time when we were younger after you’ve spent some years down here.

Another part of me wonders how much of it is simply a gringo who hates being with other gringos is talking. Because you got those types also who hate being around other gringos or anything “Americanized.”

Plus, to a degree, you could argue that some folks who speak like this are simply trying to rank themselves higher than other expats.

You see the same thing when it comes to jobs – a gringo who is an English teacher might get looked down upon by other gringos who have “start-ups” or whatever the fuck really.

So the gringo can “rank himself” higher than others because he has more years under his belt and also he can claim to have the benefit of experiencing “the real Bolivia” before it got gringoized.

Which, to a degree, is a bit ironic because it wasn’t like Frank was in Cochabamba for 50 years.

When he came around, I’m sure Cochabamba had some gringos there before him who knew “the real Cocha” before his time.

And those who came before those gringos!

Truth be told, that’s another topic though about how sometimes you have that occasional gringo who feels like he has been the “first one to cover land that no other gringo has dared cross before.”

Yeah, alright buddy – you’re the first gringo to ever set foot in Cocha at a time when gringo influence was non-existent.

Your earliest days involved navigating the Spanish language to the finest ladies of the local Burger King so that they would get your order right.

Of course, we also have some gringos who are worried about the effects of too many gringos rolling in. When you have too many, they get worried about their rent going up from 300 bucks a month to 500 and now the local prostitutes want 35 bucks instead of 30!

Exaggerations aside, you do have, as I pointed out before with Medellin, this actual worry by some gringos about the effect of more gringos on local pricing and easiness to fuck local women.

Anyway, that’s all that comes to mind for this topic.