Do You Need to be Wealthy to be an Expat in Latin America?

Published April 8, 2021 in How to Make a Living Abroad , Personal Stories & Opinions - 0 Comments 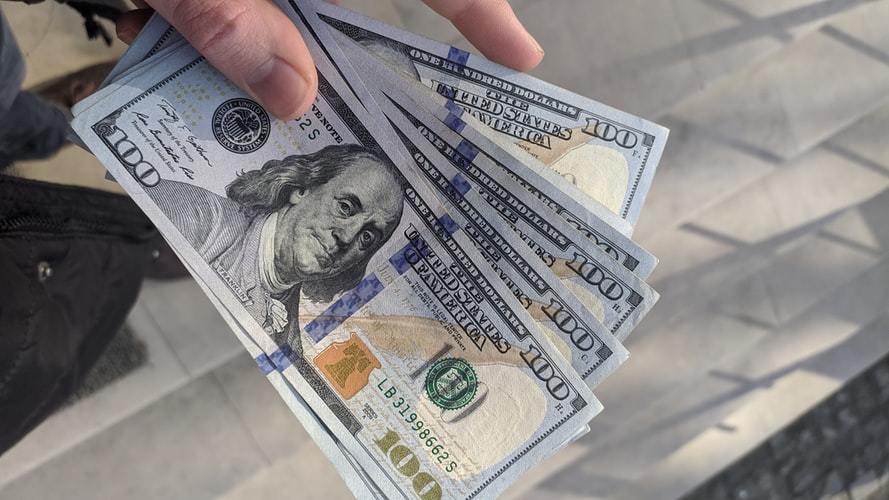 Going a few years back, I remember when I was talking with someone back home about living abroad.

It was some old high school friend named Cody that I knew that we got along well.

He ended up having a kid with some chick, works at a factory now and recently divorced with her having the kid.

Anyway, he found it very interesting how I chose to live abroad.

And, similar to a conversation I had with my sister in this article here, pondered how one would make a living while in Mexico.

In my sister’s case, it was to ponder career opportunities in mental health and nursing.

For Cody, he was curious about how to do something physical with his hands.

Factory work, being a mechanic or whatever else.

Anyway, this reminds me of a similar conversation I had with another foreigner when I lived in Pachuca, Mexico.

Sitting down at a table with some other folks, he was explaining how he is new to Mexico but loves it here.

And wants to keep the party alive so to speak.

So he started contemplating how to make a living as a car mechanic.

Anyway, this Mexican chick named Maria and I tried explaining to him that being a mechanic is out of the question.

That he would have difficulty in getting the legal right to work as one in Mexico and also the pay is not worth it.

That he would simply make so much more money doing something online.

But he was insistent on wanting to do something physical with his hands for work.

Cody is the same.

For Cody, work is only work if it is physical.

That’s what he enjoys simply put.

And Cody had an easier understanding of what I was trying to explain in regards to how most traditional jobs don’t here are not possible for someone like him.

For a variety of reasons.

Since he wasn’t in a honeymoon phase, he understood it better than the other guy.

But it was still amazing to him a life in another country where traditional employment opportunities don’t exist.

“How do you live down there then?” he asked.

His initial assumption was that I must be wealthy somehow.

That my websites, which he knows I use to fund myself down here, must be generating me boatloads of money.

The truth is that they don’t.

Most of my money comes from affiliate marketing with my main thing I pitch are cam model websites.

If I had stayed in the US, I’d definitely have more money in the bank account.

But more money without question.

If you can’t work most traditional jobs….

Then how the fuck do you take care of yourself?!?

Either with a business idea down here pitching products from Latin America to Gringolandia.

But, to someone like Cody, who has never spent a day in his life abroad…

Not only to live abroad but in a country where you are not likely to work most local jobs and have to make money online.

Even though I am not wealthy myself….

I will admit, as I wrote elsewhere, that I had a lot of initial funding from travel grants mostly to make life work down here at the beginning.

That outside funding definitely helped push me into this life and open my eyes to the fact that life abroad is possible and not impossible.

But, in my own life path, it did start with outside funding.

And when I think of other gringos who live abroad….

In my experience, I have had relatively limited experiences meeting other gringos in the last 4 years in Mexico.

Before Mexico when I travelled through South America, I met quite a few more.

And while I don’t have special insight into the exact finances of every single gringo I have ever met down here….

This is what I have observed personally from those I have met.

First, you have the stereotypical gringo expat who is in retirement with social security.

Some of these folks do have lots of cash.

However, most that I have met did not have that much cash at all.

The stereotypical old man gringo who only makes 1,200 a month on social security after his ex-wife divorce raped him and took the house?

Those types do exist.

And old folks in general who simply are ready for retirement but realize that their 1,200 a month in social security isn’t going to cut for a very nice life back home.

Not very wealthy in that sense but an income that isn’t dependent anyway on a local job.

To the younger expat crowd that I have met at times.

Among those, I will admit that it isn’t unusual to come across one who has wealthier parents.

Of course, the extent to which their own parents helped them live abroad is unclear to me.

But one can easily see how a young guy or girl with wealthier parents can start a life down here if the parents help out for a tiny bit.

That definitely is an opportunity most folks don’t have.

Having said that, I’ve also met a decent amount of folks who don’t have what you would call wealthy parents.

But they stick it down here living on whatever they do.

And that’s another point to all of this also…

You don’t have to be wealthy to live down here.

Because while some expats I have met do have parents with more money….

There have been plenty who seemingly did not come from wealth at all.

But they live down here for a variety of reasons…

Or maybe there is another aspect to life here that they like – traveling and all.

But many of them are not really bringing in big bucks.

An English teacher who makes 500 bucks a month.

Someone who works online and makes 1,000.

But none of the above are wealthy.

In my experience, it’s rare to meet a young foreigner down here close to my age (20s to 30s) who didn’t have wealthier parents and who makes sick money himself.

Or maybe the gringo in question makes decent money overall but isn’t making 6 figures or whatever.

But, to be fair, there are some gringos who do kick ass making sick money online and didn’t have a big helping hand from parents.

Either way, I get the sentiment behind the belief that us expats must have a shit ton of money backing us up.

The truth is though that I rarely see that.

Like I said, some did have a helping hand.

Others are older and have lots of money behind them at the age of 60.

Many are living on incomes that are nothing compared to a usual income back home.

And many others do make respectable incomes.

With a relative few raking in sick dough.

Gringo expats can come in with all sorts of financial backgrounds.

I’d just like to push back against the idea that all of us are these wealthy rich kids with an independent trust fund that makes it possible to live down here.

That’s really what I’m getting at.

Previous post: “Nobody to Spend the Holidays with You” Next post: The Novelty of Latin America Fades Over Time