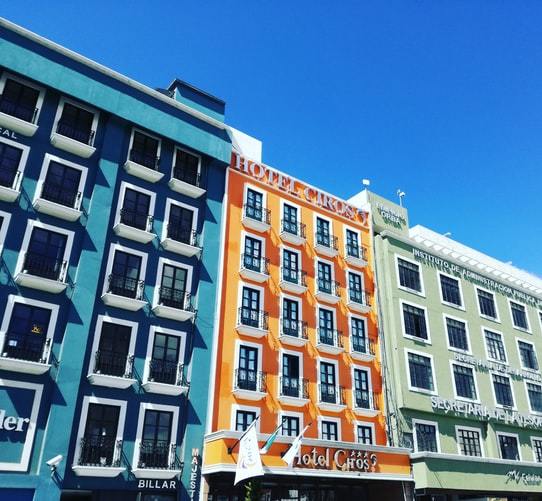 Back when I was living in Pachuca, Mexico….

To go spend an hour outside at nearby park bench before going to bed.

Now, that might seem weird to go to bed in the morning but my sleep schedule has always been all over the place.

Normally I go to bed around 3 or 4 AM actually but sometimes it can happen where I go to bed in the morning if I had been working throughout the night.

So I figured I might as well buy a paste…

Which is a meat-filled pastry you can find in Pachuca, Mexico – they taste great!

And relax for an hour.

Well, as I am relaxing while eating a paste…

This random homeless dude is stumbling over towards my direction and we make eye contact.

He seems pretty sober – no liquor or drugs on this guy.

And he has a big nice smile and waves at me.

Well, I’m welcoming this morning – sure, let’s be friends.

So starts talking with me and gets to the point – you got money, gringo?

And I go sorry, got none.

But I had some Halls in my pocket – I think they are cough drops maybe but I’m not sure. I just know they taste good and I buy them sometimes.

So I offer him a cherry one and that leaves a good impression on him – he calls me his “carnal.”

Which is a friendly term.

Well, he sits down next to me on the park bench and we get talking.

Sometimes, I will tell people I’m from Russia because I get annoyed when someone tries to vomit their broken English onto me and assume I don’t speak Spanish.

Which, funny enough, once you tell them you are from a non-English speaking country and are speaking Spanish to them…

They always understand everything you are saying every time without issue in Spanish.

But tell them you are from the US? Well, I’d say maybe 5% of Mexicans will try to vomit that same broken English onto you and pretend they don’t understand your Spanish.

It’s weird but I chalk it up to ignorance on their part and also at times some folks just want to use you like an English tutor.

Well, anyway, I introduce myself as some random Russian dude who just likes to travel and lives in Mexico.

And over a little bit of conversation, he opens up about his story and what he’s up to these days.

On the Run from Unión Tepito

So this guy wasn’t old – maybe 30 at most and that might be pushing it.

I forgot his name but let’s call him Javier.

So Javier eventually starts telling me that he is from Mexico City (CDMX).

Born and raised there.

But he is in some deep shit..

I don’t think I asked him why but he’s basically on the run living in Pachuca so they don’t kick his ass hopefully.

But I do remember him telling me that he had some issue with some individual and that was the cause of his dilemma.

But that also raised a problem for Javier as well..

According to Javier, a guy he knows basically helped him get out of Mexico City and a place to stay for a week.

But then problems came when Javier accused the guy of stealing from him.

Apparently Javier had some extra money and a cheap phone but the guy who helped him took it from him.

They got into an argument and the guy told him that he “helped his ass out so shut the fuck up.”

Along those lines basically..

Anyway, the guy who stole from him apparently works at some tienda (store) in Pachuca.

Tiendas are just these small stores that are usually family owned or whatever from what I have seen.

They usually have a bunch of random stuff in there – maybe some beer, Coca Cola, bags of chips, etc.

In best case scenario, maybe they have slightly healthier things to buy like ham for example or some turkey but that’s not always the case.

So this guy apparently works at one of these in Pachuca in some neighborhood not close to where we were.

We were at a park right next to Plaza Juarez of Pachuca, which is close to the Center of the city that has this big clock tower.

Either way, the guy has a plan to get his money back…

Or at least make the guy pay for it.

“I’m going to take my knife and stab him in the fucking face!”

And he pulls out a knife from his pocket – but it was just a pocket knife. Not a butcher knife or nothing big like that.

But that’s his game plan anyway – go over to where this guy works at his small little store and stab him apparently.

Did he ever do it?

I don’t have any idea – I never saw anything in the news about him fucking some guy up.

If I had to guess, it’s possible – maybe the guy has nothing left to lose and is down for fucking this guy up.

On the other hand, it’s risky – what if he gets caught by the police sent to jail and people associated with Unión Tepito fuck him up there.

Or whatever – I mean, the guy seems to have enough enemies as it is – if Unión Tepito was an enemy of me, I’d definitely not be picking new battles.

I’d probably move to some small indigenous village in Chiapas….

Well, that’s assuming I couldn’t just fly back into the US as he can’t.

But you get my idea.

Anyway, the guy shakes my hand and seems to like me a bit.

And asks “you visit this park often?”

I tell him I do and he asks “usually around this time?”

“I will catch you around here then later another day…”

Which, based on the character I am dealing with…

Made me think maybe I shouldn’t visit this park again around the same time in the morning.

He seemed like a nice guy – outside his plan to stab someone – but you never know.

Is this a person you want to hang out with consistently?

Of course, his story probably left a lot untold – stuff he did that caused people like those from Mexico City or his friend to want to fuck with him.

Or at least I suspect so anyway.

Who is to say he won’t try to fuck with me later?

Well, that was the last time I saw him anyway.

Maybe he achieved his ambition to stab his old friend in the face..

Maybe he escaped the criminal gang of Mexico City…

Who knows but that was his story.

Anyway, if you got any similar experiences or comments, drop them below in the comment section.

Previous post: My First Trips to Patagonia: The Best Area of Latin America Next post: Fighting Against a Sand Storm in the Salvador Dali Desert