“Give Me Money or I Will Key Your Car!” 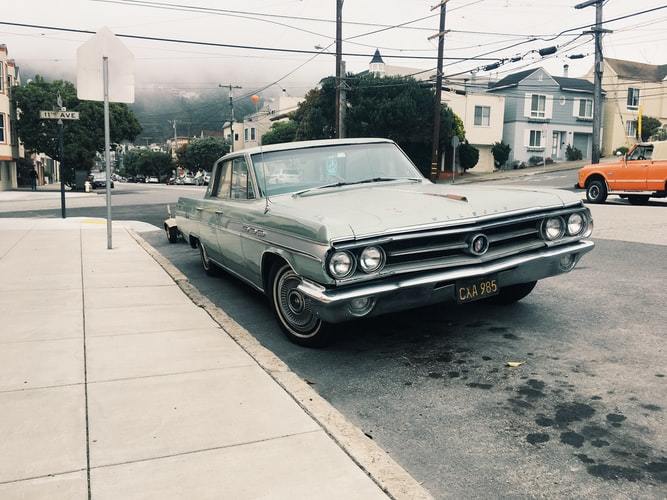 Back when I was living in Buenos Aires, Argentina for a brief period…

I wanted to make some friends…

And I learned in Bolivia that “language events over a beer” are a great way to meet people.

Either to make friends or to hookup.

And stumble upon one that seemed a tiny bit more intense than what I knew before in Bolivia.

Where in Bolivia, you would just go to whatever table you wanted and chat up with new people.

In this particular event in Buenos Aires, they had a structure to it.

Where basically you had 5 minutes to walk with someone and then would be rotated to someone new.

She had big tits and a nice smile – now you rotating me to some ugly chick with missing teeth?

But after about an hour or less of that, they made things more informal.

Where we could just chat with whoever.

And so I walk up and start chatting with this other American guy who was also at this event.

I forgot his name but let’s call him Cody.

Cody was a tall, white American guy who was probably about 15 or more years older than me.

From Kansas if I remember right.

And was living the fun life in Santiago, Chile actually.

Where he was working for some big multinational company there and was simply on a little vacation to nearby Buenos Aires, Argentina.

Anyway, he had been down in this part of South America for maybe 10 or more years at least.

Since his early 30s.

He asks me what I am doing and I reply that I am here doing some research for a project of mine in those days.

Then this other guy goes on about how he is just here to learn Spanish and check out South America.

He nods away while then this Korean chick next to me was talking about how she was here just to travel and have fun.

To which after he asks how long we looking to be down here.

I wasn’t sure but maybe another year or travel I thought.

The Korean chick and the other guy were thinking of leaving in the next few months.

To which she then asks him about life down here as he had spent enough time down here – 10 years or so.

Like how is Chile different from Argentina, how long did it take to learn Spanish, etc..

Which, conveniently enough, he had an example to show us about safety down here..

And how things sometimes work informally…

He directed our attention then towards outside the window next to us in this bar.

“It Sure Would be Bad if Something Happened to Your Car…”

We looked out the window finishing our beer..

When we saw a random dude parked his vehicle across the street.

Looked like a normal vehicle and the dude didn’t look sketchy or anything.

Well, as he parked his car, this older woman walked up to him.

We couldn’t hear their conversation obviously.

But it was clear she wasn’t with him.

He handed her some money from his pocket and walked away from her while she went back to the sidewalk.

Granted, why would he give a stranger some money?

Maybe she was begging – I said.

And Cody shook his head and went “no, it’s different.”

Though we couldn’t hear their conversation and know for sure what was said to get that guy’s money.

Cody explained that what happened, in his opinion, was this..

Decided to park his vehicle on a street that was obviously popular for nightlife.

With plenty of bars and restaurants nearby.

It wasn’t special or anything but it wasn’t beat up either.

Upon parking his car on this street, the older woman approached him and may or may not have said much of anything beyond “buenas noches.”

Alvaro, perhaps being a local, might have already known how all this works.

So he pulled out some money – maybe 1 to 5 dollars worth – to park his vehicle in this area.

Now, had Alvaro been confused…

Maybe he was a gringo or something and not familiar with things down here..

Perhaps the older woman would have explained that shit happens down here and she can watch his car for him.

You know, in case something were to happen…

She can get her big grandma muscles and fend off any potential criminals!

Well, there wasn’t much of that discussion between them obviously since Alvaro gave up some money pretty quickly.

So he was probably a local.

But, according to Cody..

How much money that is normally wanted from you can depend on how nice your car is and also the neighborhood you want to park it in.

And, if I had to guess, I would bet that bring a gringo or a foreigner might invite a higher price tag to watch your car or not fuck it up.

Since it’s not uncommon for foreigners to sometimes get the higher price tag for things.

Though I didn’t ask Cody if that plays into it.

Either way, that’s the basics of Cody’s theory.

That if you park your vehicle in certain areas, there will probably be someone collecting money from you – not much money – so that your vehicle doesn’t turn out slightly damaged later.

I also asked Cody about why they wouldn’t just turn to the police if they threatened your car for non-payment.

And Cody had a chuckle over that – the police wouldn’t do anything.

So that was that…

And my thoughts on the topic?

I have never had a vehicle of my own in Latin America.

So I’ve never had to bribe someone to park somewhere myself.

But I have seen this type of behavior in other countries like Mexico for example.

One time a Mexican friend took me to meet up with some folks at a bar in Mexico City and he paid a random dude the second we got out of his car and it was parked.

No discussion needed in that one.

Just handed him a 20 peso note and that was it.

Which is about a dollar.

And, from what I asked, it’s similar thing in Mexico City in some parts apparently.

Though I don’t think it’s as common everywhere in Mexico City since people park their cars in a variety of places and don’t pay anyone.

Like he doesn’t pay anyone to park his vehicle outside his apartment obviously.

So, in a similar way, it’s only really for popular areas.

Which would make sense.

Either way, that’s just a small aspect of living down here in Latin America.

I’m not sure how common this is in other countries since I don’t drive down here and don’t engage in these  transactions myself.

But it wouldn’t surprise me as things tend to be more informal at times down here.

Anyway, if you have any questions or comments on this topic, leave them below in the comment section.