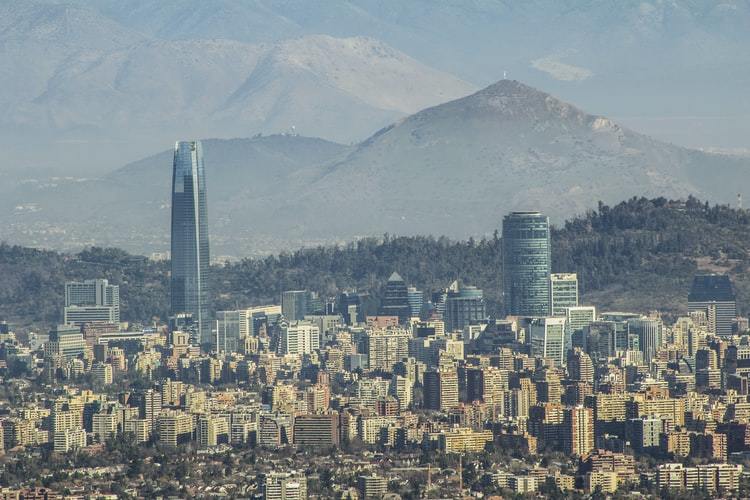 Over the time of running around Latin America, I have probably visited maybe 75 or more populated areas more or less.

Out of those areas, which ones did I like the most?

Probably a better question would be – where would I most likely settle down in Latin America?

Well, that’s a question I looked into this article here.

But let’s break down which areas I liked most in Latin America.

In no particular order by the way…

By far one of my favorite places in Latin America is Mexico City.

A place where I have spent so far 3 years living in.

I remember the days before I traveled to Mexico City when I was basically hopping around South America.

While I had a pretty awesome time doing so, I was also getting tired of living in cities that were a lot less developed.

Truth is, there’s a lot of cities in Latin America that can be nice to visit for a brief period of time (weeks to months) before you simply get tired of living there.

In part because the quality of life just isn’t as nice.

So then Mexico City comes along…

Very low cost of living in terms of what you get for living here (great bang for your buck).

Very close to the US so the flight isn’t very far and can be done in a day to get home.

A little more Americanized in a way so it doesn’t feel as foreign to me.

Plenty of nice women to meet up with – it’s a huge city.

With lots of local entertainment options as well.

Overall, it’s a fun place to be and explains why I have spent so much more time here instead of moving out somewhere else by now.

Truth be told, if Santiago was as close to the US as Mexico City, I’d probably be living there right now.

It’s a little more developed than Mexico City is…

It also has plenty of amazing hiking opportunities near Santiago and in other nearby parts of Chile.

Plenty of women there as well.

And also plenty of entertainment options.

The only real downsides are that it is a bit smaller than Mexico City, more expensive and the flight is more of a pain in the ass than the flight from Mexico City.

But overall is a great choice.

I like bigger, more urban, developed cities to spend lots of my time in.

Great jazz scene especially from what I remember in this city.

Felt very safe to be outside walking about as late as 4 AM….

And given the nightlife is very nocturnal, you will probably be out much longer than 4 AM.

And for a guy who is nocturnal like me, that’s not bad.

Plus I found the women here to be more open to meeting a stranger late at night for the first time to a bar at say midnight.

Out of the first three cities listed here, Buenos Aires by far has the best food available.

The women are not as racially diverse as I’d like them to be and also are a little bit more cold and distant at first.

And so are the people in general – most of my friends I made here were other foreigners – mostly Colombians and Brazilians.

Not really any good hiking opportunities nearby.

Back when I was there, it was relatively more expensive but I heard, as of this writing, that Argentina is much cheaper these days due to the exchange rate.

Either way, a good city.

Cochabamba is a city in Bolivia that I had lots of fun in.

Truthfully, it’s not the most amazing looking city to be sure.

And it is a bit smaller…

But I found the local people here to be among some of the friendliest I have ever met in my travels.

Which can really make a trip much more memorable.

All around I had a really great time in this city.

Here is a city in Colombia that I really liked quite a bit.

Now, similar to Cochabamba, it is not the nicest looking city when you are there.

However, it is a city that has so many hiking opportunities nearby that it was like heaven to me.

And so many amazing scenery as well.

Absolutely loved the hiking I could find around or relatively close to Pereira.

There’s also a few really good restaurants either in Pereira or nearby city Manizales.

Such as this one Argentine steakhouse that, to this day, still had the best steak I ever tried in my life.

Another benefit to this city is the women were relatively more attractive than other areas and quite easy to have fun with.

On top of that, the weather is nice too.

Plus, being a smaller Colombian city, the cost of living was more affordable there from what I saw in local prices for things and services.

All around a good place to be.

Bogota is a bit similar in terms of what other major cities on this list have to offer.

It’s relatively more developed and the quality of life isn’t as bad.

Though, to be fair, it does feel a little bit sketchier than say Santiago or Buenos Aires.

It also has plenty of good food and entertainment options.

Plenty of women as well to enjoy life with.

Now it is a little more expensive from what I remember than Mexico City.

But that could have changed by now but not sure.

But the city does have nice touristy things to visit on the outside of the city from what I remember.

And also it is not as far from home as Santiago or Buenos Aires.

However, I don’t just like major cities that have lots of entertainment and hot available women.

I also like places that are a bit more quiet and relaxed.

That have less crime.

With plenty of natural scenery nearby to enjoy.

And my favorite region of Latin America by far is Patagonia.

In both Argentina and Chile.

Ushuaia was one of those cities in this region that I enjoyed quite a bit for all of the natural beauty that it offered.

Along with nice people and good food.

And also a more quiet way of life.

A good place to settle down someday perhaps.

El Calafate is another city in Patagonia on the Argentine side that has plenty of nice places to visit.

Including nicer food than what Ushuaia had.

Between Ushuaia and El Calafate, I’d say I like El Calafate a bit more.

Nicer places to visit nearby.

Plus there’s a small town called El Chalten that is very close that also has plenty to offer.

I could see myself settling down in a small, quiet city like this.

But Patagonia has plenty of cities and small towns and I’m keeping my eyes open for the future.

Going along with the theme so far of the last few cities listed..

Punta Arenas is a city on the Chilean side of Patagonia.

In similar fashion, it has nice people, plenty of amazing scenery nearby, a more quiet life, etc..

The city just seemed nicer overall but El Calafate did have better restaurants from what I remember.

So there is that.

Punta Arenas though just looked like a nicer city to my eyes.

And also another minor benefit to Punta Arenas is that, in my experience, is it cheaper to fly into there than into a nearby city on the Argentine side.

So that’s a nice little benefit I suppose.

But you can’t go wrong with any of those cities!

Finally, we have one more city in Patagonian Chile.

Which is a place not too far from Punta Arenas if I remember right.

Same thing here as in the last few cities – calm, quiet place that isn’t too poor compared to other small cities in Latin America that I have seen.

With plenty of natural scenery nearby and nice people.

All of the cities listed here are nice places!

I didn’t put the list in order because I’d be happy really in any of them I think.

Having said that, there were other cities I could have included on this list that I felt like doing but decided against it since 10 sounds more exclusive than 15.

It wouldn’t really be a special list then if it had too many cities, right?

Plus, I think you can see a trend here in terms of what cities I like the most in Latin America.

They tend to either be large international cities like Mexico City or Buenos Aires that  have lots of entertainment, bars, women, restaurants and more.

Or calm, quiet little places that are ideally more developed with more tranquility and endless amounts of natural scenery in the nearby countryside for me to enjoy.

Honestly, I could be just as happy in either place.

In the long run, I see myself eventually throwing in the towel and moving down to Santiago, Chile in some odd years.

And either staying there or moving a little more south to some city in Patagonia.

Maybe a city on this list or maybe some new place I have yet to notice.

Either way, these are just a handful of places that are nice in Latin America.

Throw me your thoughts in the comment section below.