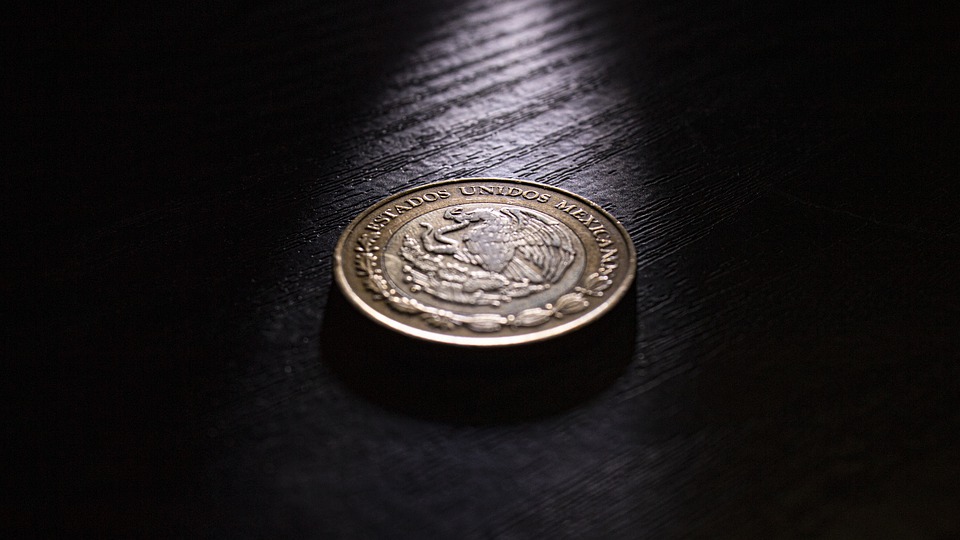 Is there a problem?

It’s a silly thing to complain about today.

But, I suppose, we got something to complain about.

Though, in this case, I’m not sure if it really constitutes gringo pricing.

Because, in theory, gringo pricing is usually, in my experience, when someone in Latin America wants to charge you at least double the price for something than what they’d charge a local.

Sure – it’s not always exactly double the price.

Can be a little bit lower.

Or, more often than not, it could be way more than double the price!

Still, I found a very weak example of gringo pricing that I can’t help but laugh at.

You see this place right here in this photo below?

It’s located right outside the exit of Metro Copilco of Mexico City.

Now, on most occasions, they charge me a seemingly normal price.

After 4 years living in Mexico, I have a basic idea of what certain things cost.

Normal shit you’d buy at a street place like this.

So, on one particular morning, I walked up to this place and asked for the price of some random bag of chips with the name “sol” on them.

Which, in my time living in Mexico City, that seems like a normal price.

Anyway, in my last 4 months living literally right next to Copilco, it has always been 15 pesos for that specific bag.

However, that’s not always the case!

Obviously, not all employees at these small stands are paid equally.

You know – gender inequality and all that?

I might’ve just found a literal example of how men are paid more than women.

You see, this small stand on the street always has sold me the bag of Sol chips for 15 pesos whenever this random, petite woman was working there.

And she’s normally there about 90% of the time whenever I walk by.

So, I guess, she owns the place or something.

Anyhow, she’s a very petite woman who is medium brown skin and looks like she is 22 years old.

She looks young as fuck.

Then there is another person who works at this stand the other 10% of the time – a young guy who looks like he can’t be older than 27.

Roughly looks about my age.

Anyhow, whenever I would stop by this place to buy those same bag of chips, regardless of the hour, they were always more expensive.

Not a shit ton more though…

Instead, the price would vary by upset he was by his wife fucking other men…

Other days, he might go easy on me if she is only fucking one dude and charge me 17 pesos…

Sometimes, he’d be nuanced about it and demand 18 pesos.

The middle of the road.

Over the last 4 months, this dude can never decide on what the price for that bag of Sol chips should be.

It would always hover between 17 to 19 pesos.

While, on the other hand, the petite brown gal would always have a solid price – 15 pesos.

So, as I implied, it’s obviously a gender gap wage issue.

You see – women can’t do shit.

Men, however, bring shit to the table.

More value with their labor.

For that reason, he wants to charge me more because his salary is higher than hers.

Therefore, because of the higher labor costs, the bag of Sol chips goes from a reliable 15 pesos to 19 pesos at times!

Because the value of his labor is worth more than hers.

Though, in all seriousness, it might be because he is full of shit actually.

Now, to be fair, I can’t be that offended by the higher price he wants to charge me.

It seems pathetic almost – really, you only going to scam me for an extra 4 pesos at most?

That literally does not even cover the cost of a one trip ride on the metro in Mexico City.

Therefore, it does seem a bit dubious that this is an example of “gringo pricing.”

Especially because, as I said, these cases usually involve charging double the price or more.

So, if this is gringo pricing, this must be one low self esteem faggot who doesn’t have the balls to charge more but still wants to feel like charging more than normal.

Reminds me of this comedy bit here by Russel Peters…

In this case, it’s the “low self esteem faggot of gringo pricing.”

Still, I had to do some minor experiments to see if this was really gringo pricing or not.

We already know that, at this same place, the price for those bag of Sol chips rises from a stable and reliable 15 pesos to a price between 17 to 19 pesos depending on if it’s the woman or the man who I am buying from (regardless of hour).

But, one could argue, that this guy is a noob at work and simply doesn’t know what the price is for this bag of chips.

So it might not be that he is gringo pricing me (and keeping the extra 2 to 4 pesos to himself) but that he doesn’t remember what those bags of chips go for!

So, like I said, I did some investigative work.

But here’s what I did.

As regular readers know, I have a new gal I like named Jovi.

Someone you can read about here.

We’ve been hooking up for about once a week for the last month.

Just walk up to that same food stand shown in that photo above and ask how much do the “Sol chips” cost.

The exact same brand and flavor I always get.

At an hour at about 7 or 8 PM so nobody can claim that “oh, it costs more late at night.”

Because, as I implied before, the price I get from this guy has always been above 15 pesos regardless of it being the early afternoon to the very late night hours of 2 AM.

So, she walked up to the food stand when he happened to be working (which is almost never), and got charged 15 pesos.

She came back to me.

Gave me the 5 pesos in change and we had a good time with the chips.

Still, it was a joke I had to make because Jovi, though she didn’t find the idea totally unbelievable, also didn’t believe it entirely.

So, last time we hooked up, we left my apartment together.

Of course, we had to leave separately.

This new place I’m at wants to, as of the last 2 months or so, want to charge me for every woman I bring back past 11 PM.

As you can see here, I had to tell a friend of mine, Angie, that she couldn’t show up when she wanted to.

Nowadays, I try to sneak chicks in by having them walk into the building area without me walking beside them before 11 PM.

So that the administration (and, most importantly, the security) can’t say or think they are coming with me.

And, more often, these young kids (the security is always a young 20 something), don’t think much when they seem a random person climbing the stairs.

So, over the last month, I’ve had chicks wait outside while I go in first.

Then they walk alone afterwards to make it seem like they aren’t with me.

So far, the young security guys haven’t noticed anything suspicious or even said anything to the women coming in.

The only time they said anything was to Jovi before I started doing this and I had to argue with the guy to get him to piss off.

Still, on that exact night, Jovi and I left the building to get some food.

Specifically, we went to get some tortas and that Sol bag of chips.

For her, she wanted a “Puebla” torta.

That’s not the exact word for it but it’s named after the Mexican state of Puebla where she is from actually.

I got the Argentina torta.

Then we got those Sol chips.

Now, as I said, they charged her 15 pesos when that young guy was working the stand.

This time, with me and Jovi walking up to the stand, the dude wanted to hit me with 19 pesos.

We walked over to the next stand literally just some feet over where they charged us 15 pesos for the exact same bag of Sol chips.

And you know what is funnier?

In the morning afterwards, we woke up.

Well, she woke up.

I have a hard time sleeping when someone else is in my bed and I tend to sleep late at around 4 or 5 AM anyhow.

So, being honest, I didn’t sleep much that night.

Looking back at it, I might’ve slept 1 or 2 hours after we finished watching a Spanish dubbed version of American Psycho as you can see here from my Youtube account.

From there, she woke up and, after having sex again, she had to eventually get back to her place by the northern part of CDMX.

As we left the building, we stopped by that exact same stand as mentioned above.

However, the petite brown chick was running the store at that hour obviously.

She said 15 pesos for the exact same bag that was 19 pesos before.

And only 17 to 19 pesos whenever I happen to be the one asking to that small, chubby 5’7 foot tall faggot with a baseball hat on.

Still, she found it all funny and understood where I was coming from.

As we walked away, Jovi had a laugh about it as we walked towards Metro Copilco.

Now, as I said, this has to be one of the lowest self-esteem Mexicanitos in all of Mexico because his “gringo pricing” is literally only 2 to 4 pesos above normal price.

Above what his co-worker charges and what literally everyone else in the area charges regardless of hour.

Some small dick 2 inch young faggot who can’t stand seeing an American walking with a Mexicana and so he feels the need to fuck with me?

Either way, if I ever have my phone on hand, I’ll definitely take a photo of him.

You get the idea anyhow – a young faggot who can’t afford much but doesn’t have much self-confidence in scamming people so he only reaches for an extra 4 pesos at most per basic ass scam.

You know for sure that his mom suffers from a severe case of herpes warts on her pussy walls.

In all fairness, it’s a funny little example of some little insecure mexicanito trying to scam me over on a few extra pesos.

A child and not a man.

Well, Jovi and I had a laugh when, in that subsequent morning, we were told “15 pesos” for the Sol chips.

She finally saw what I saw.

Well, she saw a bit of it when she purchased the first bag of Sol chips.

Either way, for both of us, it was a bit of a laugh that morning.